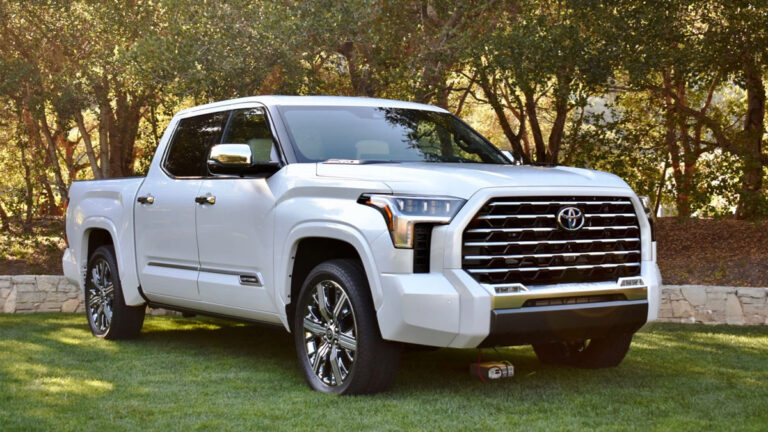 Toyota announced the Toyota Tundra Hybrid on May 17, 2022, and the car should soon be showing up in dealerships.

The Tundra hybrid is already available to configure on the Toyota website.

The 2023 Toyota Tundra Hybrid is based on the 2022 Toyota Tundra. The 2022 model of the Tundra was the model’s first major redesign in fifteen years.

The Toyota Tundra Hybrid was already announced in May and will be available for sale at dealers soon.

This truck offers the considerable advantages of the redesigned Toyota Tundra with the significant benefits of a hybrid.

The 2023 Toyota Tundra is priced from $54,015 to $74,245, which is in line with other hybrid trucks on the market. The price will vary based on the model and configuration.

There are five grades and 14 configurations with many available options, such as 4WD, a larger bed size, or a digital instrument panel, among others.

The Toyota Tundra Hybrid has an i-ForceMax Twin turbo V6 hybrid engine with an electric motor and is capable of producing 437 horsepower and 583 pound-feet of torque. It also comes with a 10-speed transmission.

The truck is capable of going from 0-60 in 5.7 seconds which is actually quite impressive. However, its fuel economy at 20/24 mpg city/highway is not as good as some of its competitors, such as the Ford F-150 Lightning, which gets 22/32 mpg city/highway.

The Tundra also comes with a new suspension system which will make riding in it more comfortable. The new system consists of a multi-link suspension with coil rings.

The TRD Pro variant also has higher ground clearance, an anti-roll bar, and a front skid plate. This should make it a great choice for off-road enthusiasts.

The exterior of the Tundra Hybrid looks great. The truck has a sturdy appearance with a large grille that takes up most of the front of the truck. It also has a large hood, angular LED headlights, and a large bumper.

The interior of the Toyota Tundra really stands out. Toyota certainly made the interior with comfort in mind.

It has wide, leather-trimmed, heated, and ventilated seats along with a heated steering wheel. There is also a rear sunshade and a one-touch panoramic roof.

The center console is integrated into the dashboard, and it has physical controls for volume and climate control.

The interior also has a nice multimedia infotainment system that has wireless Android compatibility and Apple CarPlay along with other apps.

There is also a phone holder that includes a wireless charger. This means there is no need to worry about where to plug in a phone.

The higher trims have a digital instrument cluster. But, for the lower trims, there are semi-analog controls.

Another feature many people will appreciate is the 360-degree camera system. This makes it a lot easier to park a large truck.

All trim levels of the Toyota Tundra Hybrid come with the Toyota Safety Sense 2.5. This is an impressive safety system.

With this truck on its way to the lot any day now, it is unlikely that many more details will be released. But if they are, you can be sure we will let you know! 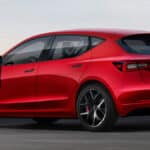