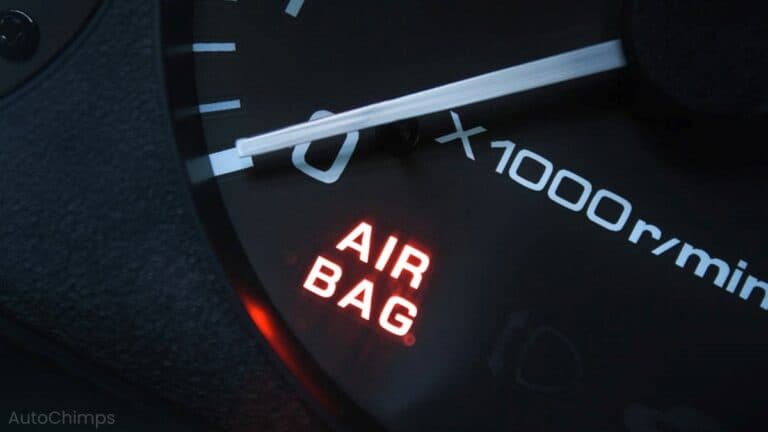 The airbags are part of the Supplementary Restraint System (SRS) which, in addition to the airbags, includes the seatbelts, sensors, and many more smaller but vital parts.

Together they form a system that protects the occupants of the vehicle and is a major factor in preventing many deaths and serious injuries in road traffic accidents.

When something is wrong with the system, the SRS light illuminates, or the airbag light starts flashing, indicating a problem with the system, which should be taken care of as soon as possible.

Everything about the flashing airbag light will be covered below, including different components that may be the culprits, how to diagnose and how to solve the issue.

Fasten your seatbelts, as I will explain everything you need to know about a flashing airbag light in this guide!

Before we get going, it is important to establish that the airbag light is on and nothing else.

It may also be possible that the car informs you with another message containing the abovementioned terms.

The light is usually static, but it can also take the form of a flashing airbag light.

Why Is My Airbag Light Blinking?

As previously mentioned, a blinking or static airbag light indicates a problem with the supplementary restraint system, which is mostly associated with airbags.

In most cases, four main culprits can make the system go bad, they are:

Each of these culprits is relatively easy to diagnose as they will give a code that will specify the problem causing the malfunction and turning on the airbag light.

The airbag is dependent on a vast number of sensors to function properly, as it must only deploy when absolutely necessary.

At the same time, the sensors prevent the airbags from deploying when there is no danger. These sensors are very sophisticated.

If one of the sensors is bad, the airbag will simply get deactivated, and an airbag light will light up on your dash.

There are multiple sensors in an airbag, and if a problem is present, two sensors are usually the culprit, either the D-sensor or S-sensor.

Troubleshooting these sensors can be a bit complicated, depending on the car model. The best thing would be to check a forum, repair manual, or simply take the car to a mechanic who knows.

The seat belt tensioners help the occupants of the car stay in place in the event of a crash.

A simple OBD2-scan will tell you if the seat belt tensioner is the problem or if it is its related sensor.

In the same spirit as the previous two problems, the problem may be electrical.

The supplementary restraint system uses many sensors and, consequently, lots of wiring that can be troublesome as, just like any wire, it can become loose or broken.

The best thing to do is to read the error code and check the wiring for the relevant part and see if everything is as it should be. If the wires are fine, the problem lies in the sensor or module itself.

The SRS module, sometimes called SRS ECU, or the diagnostic module, is the heart of the whole SRS system as it receives information and checks every other part of the airbag system.

If the module itself is faulty, the airbag light will appear on the dashboard.

Also, if the airbag has been deployed recently, the module must be reset or replaced. Keep in mind that other parts of the airbag system must be replaced after an accident.

The airbag system is an important safety system in your car that includes not only the airbags but also lots of sensors, modules, seat belt tensioners, and more.

If there is any fault with the system, the car will let you know by illuminating the airbag light on the dashboard, which may be depicted differently depending on the car model.

A simple OBD2-scan can diagnose most problems, however, the repair can be complicated. An airbag replacement can lead to a very expensive bill.

If you are unsure how to fix the problem, the best thing would be to get your car to a mechanic.

However, if you decide to work on your airbag system, disconnect the car battery and wait for a few minutes, as you would not like an airbag to violently explode when you are working with it. 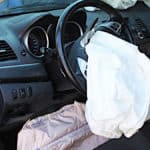 How Much Does It Cost To Replace Airbags?