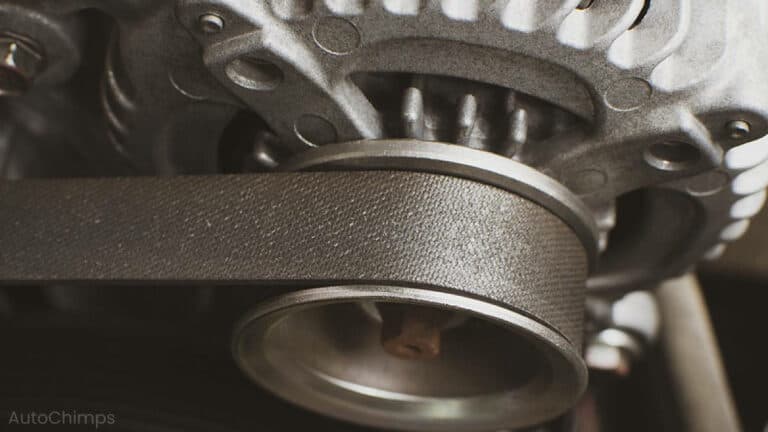 It can be challenging to diagnose a problem that is due to the alternator not charging properly. It may, for example, lead you to change the car battery, which will only result in a drained brand-new battery.

This guide will go through how to fix an alternator not charging the battery but also how to diagnose it properly.

Luckily, there are usually only a few reasons why an alternator is not working properly. All these reasons will be covered, including problems with the wiring, ECU, fuse, and more.

Before you dig in, it may be wise to get an overview of how an alternator works to understand the core problem of the alternator not working.

Without further ado, let’s jump right into it!

Related:What Does An Alternator Do?Signs Of A Bad Alternator

The alternator is usually very durable and will, in most cases, last for many years and miles. Just like any other part, it will wear out as it is constantly in action when the engine is on.

The constant motion of the rotor, bearings, and other components will eventually wear out. In that case, it is usually more economically sound to replace the alternator as a whole than to repair it.

A new alternator will set you back around $400, but the price may vary greatly depending on the make and model of your car.

Some alternators may wear down prematurely, which is usually known by car enthusiasts that drive a particular model. In those cases, it may be wise to change the relevant part, but this is rare.

A good tip is to check a car forum for your car model and see if any problems usually occur more often than with other general models.

Today’s cars are all about computers and electricity. Considering that the alternator produces electricity, it may not come as a surprise that electrical problems may arise.

The engine control unit (ECU) is the brain of the car and makes sure everything works smoothly. Sometimes, not everything goes as planned it may send improper signals.

The alternator is connected to several wires, usually three.

The excitor wire is needed to get the alternator running, the ignition wire excites the field coils, and the third wire is connected to the battery and charges it.

Any breaks or problems with these wires will lead to the alternator not working properly.

Most alternators are connected through these three wires, but there are exceptions. Make sure to double-check how many wires your alternator is connected to and check each one.

The alternator has, in most cases, two fuses that, just like any other fuse, can burn out.

A blown fuse can simply be replaced, and everything will go back to normal. Keep in mind that fuses are a safety mechanism. A blown fuse usually signals that something else is not as it should be.

There are many reasons for a blown fuse, and in most cases, something more serious must be checked.

Improper grounding by a mechanic working on the alternator or improperly jump-starting the car can blow the fuse. In those cases, the problem is not intrinsic but due to the human factor.

The serpentine belt plays a pivotal role in producing electricity with the help of the alternator.

Luckily, this problem is very easy to detect as the serpentine belt does affect not only the alternator but also the power steering and the water pump.

This means that if the serpentine belt is the problem, your car will overheat relatively quickly and have very heavy steering.

The latter does not apply to all car models, as some do not use a power steering pump (which is connected to the serpentine belt).

Also, make sure that the serpentine belt is not too tight, as that can lead to accelerated wear to the bearings the belt is connected to, including the alternator.

Related:How To Test An AlternatorAlternator Repair And Cost

If you have recently changed to an alternator, but the same problems are still present, the problem is most probably not due to the alternator.

Still, many times a brand-new product does not mean it is functional. You should therefore test your alternator as well as the car battery to see if it is okay.

If the alternator test shows no abnormal values, check that the potential culprits mentioned above are not the cause, including improper wiring and a bad serpentine belt.

If there is no indication that those are the problems, reflect if there is a new system you recently installed that might drain the battery improperly.

A few examples may be a new car alarm, music system, navigation system, and so on. An improper installation or incompatibility of your car model to these accessories may cause similar problems.

If the problem still persists, the wisest thing would be to contact a mechanic or electrician that specializes in these problems.

Luckily, these problems are rare, but they do happen. When the problem is present, it is usually due to the alternator itself, which makes a total replacement relevant.

Alternators are usually replaced in whole instead of individual parts, as when one part fails, the other parts are probably going bad in the near future.

If you have recently replaced the alternator but the battery is still not charging, investigate the wiring, the battery itself, recently installed accessories, and other potential causes mentioned in the article. 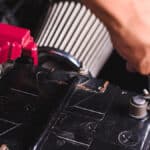