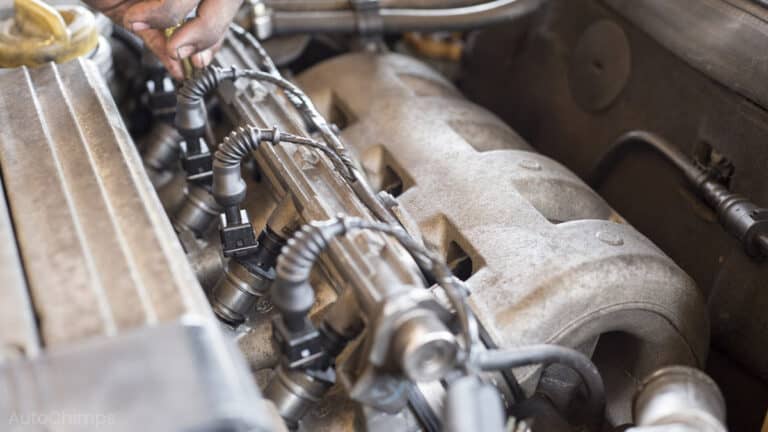 The role of fuel injectors is easy to figure out, considering their name. They inject fuel into the combustion chamber, playing a vital role in generating power.

Just like any other part of a vehicle, fuel injectors can go bad, producing symptoms that can significantly affect the driving capabilities and even make the engine useless.

In this guide, we will go through each symptom that may be accompanied by bad fuel injectors and discuss eventual steps that should be taken if you experience any of these symptoms.

What Are Fuel Injectors?

Fuel injectors replaced carburetors and, consequently, offered a more precise and sophisticated system to deliver fuel to the combustion chamber.

Most commonly, each cylinder has one fuel injector, meaning that your car has as many fuel injectors as engine cylinders.

Nowadays, most new cars use direct fuel injection. This means that the fuel is atomized into small particles directly in the combustion chamber.

The help of the car’s ECU provides greater control of the fuel delivery and more efficient use of the fuel.

Some engines do not use direct fuel injection. Instead, they may use port injection, which adds the fuel before reaching the combustion chamber.

All diesel engines use a direct fuel injection system, as it plays a fundamental role in the compression and combustion of the diesel in the combustion chamber.

As initially stated, bad fuel injectors can result in a variety of problems.

Down below, the most common symptoms are listed, as well as some things you should consider if your car has a particular symptom.

An engine misfire is a common symptom of a bad fuel injector.

This can happen as not enough fuel gets into the combustion chamber, causing abnormal combustion or making the cycle “skip a beat.”

It is important to notice that there is a myriad of potential reasons why an engine misfires, including vacuum leaks, bad spark plugs, sensors, and more.

In many cases, the car will produce a code that will narrow down the potential culprits, but when it comes to faulty fuel injectors, it is likely that a random/non-specific misfire code will be shown.

If the only symptom you experience is a misfire and you are having a hard time diagnosing the issue, try to solve the least expensive probable causes first.

The reason is simple: fuel injectors are comparatively expensive to replace, but sometimes a clean fuel injector can be enough.

Fuel injectors that do not work properly will add an insufficient amount of fuel and can do so with varying success.

This causes a rough idle and may also sometimes lead to vibrations coming from the engine.

Just like the engine misfires, a rough idle can be caused by many things, such as a clogged fuel filter, bad spark plugs, ignition coils, and so on.

Knowing when you last replaced parts such as the spark plugs and fuel filter help immensely diagnose the problem. This is also why it is important to regularly service your car.

It may come as no surprise that the fuel injectors affect the fuel economy.

This is why you will get notably better gas mileage after you have replaced your fuel injectors, even if they were not completely dead.

The fuel injectors do not only affect fuel efficiency but also the emissions produced by the car.

The speed of the engine is dictated by a variety of things, but it is still a relatively controlled process with the ECU processing the information from a variety of sensors and controlling the parameters.

It may unexpectedly inject less fuel to then inject an excess, causing an engine surge, meaning the RPMs of the engine increase uncontrollably for a brief moment.

Engine surges most commonly occur due to parts related to the fuel system, including fuel injectors.

When there is not enough fuel delivered in the combustion chamber, reduced engine power will be observed.

Reduced engine power can be due to many things. If it is due to faulty fuel injectors, other, less severe symptoms such as those mentioned above are usually noted before this happens.

Sometimes, a smell may accompany some of the symptoms mentioned above.

This will, almost in all instances, indicate a fuel leak, but it may be possible that the leak is located or caused by the fuel injector itself.

In many cases, the fuel injectors last less than advertised, but this is not because of false marketing or something alike but because of poor maintenance by the owner of the car.

For example, a fuel filter that has been due for a change for way too long may damage the fuel injector.

It may even be that the place you are filling up gas use low-quality gasoline which won’t clean the fuel injectors fully, causing them to get clogged.

Sometimes, the problem may simply be that they are old and have degraded through time, in which case, a replacement is needed.

Other times, the fuel injectors have been clogged. If that is the case, there are a few ways to unclog them; most times, it is either through a fuel injector cleaning kit or simply a fuel additive.

Fuel injectors must work in a precise and effective manner. When they don’t, symptoms such as misfires, reduced engine power, rough idling, and more will occur.

These symptoms are not exclusive to fuel injector problems, but if they overlap, it is most likely a problem with them.

There is a great benefit of knowing your maintenance schedule when everything was replaced or repaired to slim down the potential culprits causing the symptoms.

Fuel injectors usually go a long way before they are going bad, and there are several steps you can take to increase their longevity, mainly by using high-quality fuel.

If you experience the abovementioned symptoms and you are unsure if the fuel injectors are the problem, it may be wise to exclude cheaper reasons first, such as spark plugs or some related sensors. 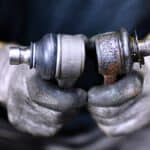