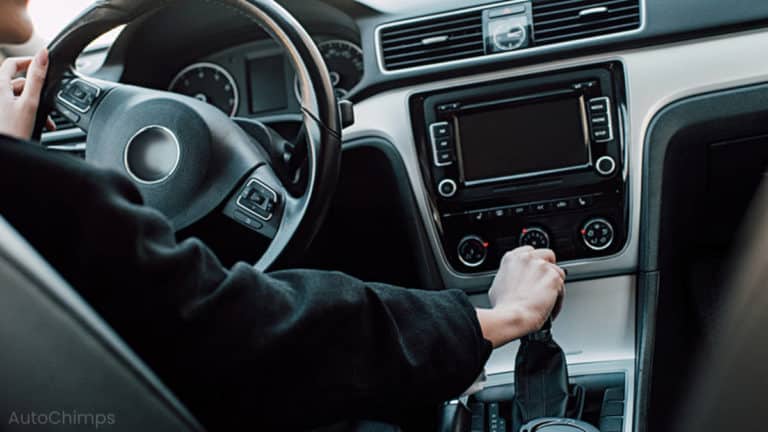 If you’re like most car owners, it’s pretty easy to tell when something isn’t working correctly.

By catching issues early and resolving them, you’ll likely prevent a minor problem from worsening. This is precisely the case when it comes to your transmission.

What are the signs that suggest your transmission is going bad? The most common symptoms include:

Thankfully, in this guide, we will cover each of the above symptoms in detail.

Signs Your Transmission Is Going Bad

It should come as no surprise that a “clunking,” “whining,” or “grinding” sound coming from your transmission is not normal.

This may occur as soon as you put your car in Drive or Reverse, or it may happen while driving and shifting between gears.

A whirring or grinding sound usually stems from a lack of tranny fluid, which creates a thin layer between the moving parts so that metal doesn’t scrape on metal.

Without enough of it, not only will it make a loud noise, but it can also cause it to overheat.

As for a clunking noise, it may be that your transmission or motor mounts are loose or broken, meaning they aren’t secure (like they should be). When this happens, a sudden change in speed, or shifting gears, can result in a loud clunk as they move around.

Here’s another one that is never a good sign, a burning smell. Similar to the previous symptom, it also likely stems from a lack of tranny fluid (or none at all).

Without enough fluid, friction will go unchecked, resulting in your transmission overheating. It’s also possible that the filter is clogged, meaning not enough is flowing to keep it lubricated.

Regardless, if you notice a burning smell coming from your car, one of the first things to check is how much tranny fluid is left.

If you drive a car with a manual transmission, it’s also possible that the clutch is burning, which usually means you’re not shifting correctly.

If you haven’t yet noticed, transmission fluid is crucial for things to work correctly. Thankfully, if you replace your tranny fluid every 30,000-60,000 miles, you should never have an issue – unless there’s a leak.

When the seals in your transmission wear or dry out, they can shrink or crack, resulting in a puddle of red liquid ending up under your car. Though, if it’s been a while since you’ve replaced it, then it may appear more brown than red.

By catching this issue early, you’re looking at a repair bill of about $200. However, if you ignore it, you may eventually need to rebuild or replace it altogether, meaning $2,500-$8,000 – ouch.

Thankfully, if you check your tranny fluid monthly, you should be able to keep this from happening.

Transmissions are designed to operate as quickly and efficiently as possible. If this is no longer the case with yours, something is not working as it should.

Imagine putting your car in drive, but instead of having power, it doesn’t engage or hesitates before it does.

Another possibility is that it takes longer than it should for the car to shift. Meaning you begin to accelerate, but the RPMs don’t drop back down. This can also occur while slowing down, in which case you’re left with little to no power once you do.

As for gear slippage, this means the transmission shifts gears for no apparent reason. You may notice the RPMs climb or drop even if you’re using cruise control.

You guessed it, the main culprit is a lack of transmission fluid (or perhaps a clogged filter).

While a check engine light doesn’t always mean there’s an issue with your transmission, it is one of the earliest signs that suggest something is off.

The electronic control module (ECM) receives data from the various sensors on your vehicle. If it notices any inconsistencies, it will display the check engine light. Thankfully, a mechanics shop can tell you why by using an OBDII scanner.

You can also purchase an OBDII scanner yourself for less than $100. Once you plug it in and receive a code, compare it to this list to determine where the issue lies.

How To Preserve Your Transmission

Similar to an oil change, you need to routinely change your transmission fluid. While it does last a while, it doesn’t last forever, and ignoring it will eventually cause transmission failure.

How often should you change the transmission fluid?

The only real answer is that you check your owner’s manual to be sure, though most manufacturers suggest doing so every 30,000-60,000 miles.

Be Aware Of Extreme Use

If you take two identical transmissions, one driven lightly compared to one abused, you’ll find the latter in a lot worse shape.

By “extreme” or “abuse,” we mean things like hard-accelerating frequently in city traffic or towing a heavy load often, as well as driving in hot weather (more than 50% of the time).

In any of these cases, you can extend the life of your transmission by changing the tranny fluid more often, like every 30,000 miles.

There are a lot of moving parts in a transmission, which of course, causes heat. So that it does not overheat, the cooling system lowers the temperature of the tranny fluid before it enters the gearbox. This means that if there’s an issue with it, it can’t do its job.

If your plan is to preserve the life of your transmission, you might as well add your cooling system to the list too.

A few ways to do this include:

Your transmission is a very complex component, which, sadly, means it’s also pretty delicate. Things like shifting into Park before coming to a complete stop, cycling through overdrive, or shifting into Reverse while driving, can really cause a lot of damage.

Additionally, whenever your parking your car on an incline, be sure to apply the emergency brake. Doing so keeps the weight of the vehicle off the transmission and protects it from harm when taking it out of Park.

Be careful with it, be kind to it, or you may eventually pay a hefty transmission repair bill.

Our Advice – Have Your Transmission Inspected Annually

It’s that simple, really. Regularly having your transmission inspected is one of the best ways to keep it in working order.

Trust us; an inspection fee pales in comparison to a transmission replacement. 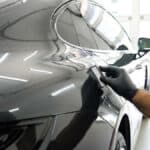 What Is Ceramic Coating And Is It Worth It?