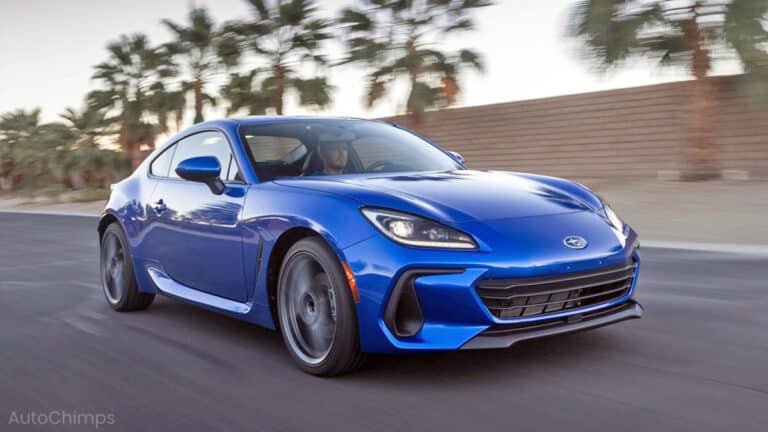 Sports cars definitely give the most smiles per mile, but many people withdraw from owning one due to the perceived high cost.

If you would love to own a sports car but the high price tags scare you away, fear not!

This guide will go through the best sports car under $50K, which gives you the most bang for your buck and the highest satisfaction for your sporty needs.

As we mentioned in our guide about car body styles, a sports car is not exactly defined.

According to us, the top sports car under $50K should provide handling, acceleration, and a sporty look, well above the average car on the streets.

BMW is known to make cars that are a blast to drive, and the M240i xDrive Coupe is not an exception.

For roughly $48,550, you get a great sports car that is nimble and fun but can also act normal when needed, except that its aerodynamics make it look like a small but mean machine.

As it is an xDrive, it drives on all four wheels, making it stick to the corners beautifully.

Even though it does not come with a limited-slip differential, a tap on the gas pedal will make it go sideways, but only on closed and controlled roads, of course.

At a time when many European carmakers move to 4-cylinder engines, BMW has decided to at least go for a 6-cylinder inline, producing 382 horsepower, which fits perfectly to this pocket rocket.

The 2023 Supra has great shoes to fill after its predecessor, the Toyota Supra A80 (Mk4).

Even though it has not reached near the legendary status of the A80, there is much to like about the latest model of the Toyota Supra.

It started with lots of controversies as the car was not developed entirely by Toyota but also by BMW, which can be noticed, especially in the interior of the car.

As it shares the same parts as a BMW, the interior is not bad quality-wise, but you will get the feeling that you are in a BMW and not a Japanese sports car.

It does not stop at the interior, though. The Toyota GR Supra also comes with an engine from BMW; both the inline-four and inline-six engines come from BMW.

As a matter of fact, the inline-six engine is the same as the M240i mentioned above. Both engines are good, reliable, and have been proven in other BMW and MINI models.

For an additional $7000, you get the inline-six, with 382 hp, which is a great option as it is a great engine and stays true to the heritage of the Supra.

The Supra is a car that is well-refined and handles very well, regardless of the number of corners you put it through, and the quality of the ride will surely not disappoint you. 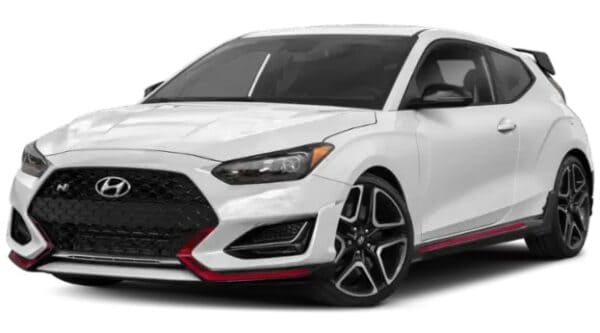 When people hear Hyundai, their mind rarely goes to sports cars even though Hyundai offers one of the best sports cars, especially when considering the price.

While not as fine-tuned and as luxurious inside as the previous two models, the Veloster N brings lots of joy, especially when you realize the relatively low price you bought it for.

The car has a sporty DNA throughout, although not as precise handling or raw performance as other cars in the segment. Taking this to the track is truly a great experience.

After all, it is much more fun pushing all the 275 horses from the inline-four than driving a 500hp car half-heartedly.

Hyundai Veloster N is a great car made for the track and will make you more than satisfied if you choose to buy it.

Subaru has a great history of making cars for petrolheads, such as the legendary blue Impreza with the golden rims inspired by the Subaru world rally team.

The Subaru BRZ has been co-developed with Toyota, which also sells the car under the name “Toyota GR86”. Both car manufacturers have a rich history of making great cars.

This car offers great handling due to a great center of gravity and carefully thought-out weight distribution, much with the help of the low-mounted boxer engine.

As you may have known, a boxer engine is different from traditional engines as the pistons lie flat, giving great driving characteristics to the BRZ.

Just like the Supra, there are many car enthusiasts who drive the BRZ due to the price, which consequently has a big market for aftermarket modifications.

This means that you can easily tune the car if you think the 230 hp are not enough by slapping some cool stickers on it or upgrading the exhaust and buying one of the many available body kits.

Straight piping a BRZ is a popular choice that will give the car a totally different impression, but it is definitely not for everyone.

Italy is known for its food, fashion, and, of course, its cars. Alfa Romeo Giulia gives a strong impression of an Italian sports car.

While not a true sports coupé, having four doors does not hinder this mean machine from delivering a sporty look and performance.

The Giulia comes in four versions: Sprint, Ti, Veloce, and Quadrifoglio. All except the latter come with an inline-four engine producing 280hp and delivering them straight to the rear wheels.

Also, unless you go for the Quadrifaglio model, you are looking at a price tag of around $50 000, give or take.

The Giulia offers a beautiful design and sound with great handling and gives a great punch when pressing the gas pedal, spooling up the turbo of the inline-four.

Even though it is very driver-focused, an additional four passengers can witness your great driving skills in the Giulia, a practical and sporty car under $50k. Yes, please!

Surely, a car that gives a taste of Italy and its racing heritage. While not a Ferrari, it is no wonder why Enzo Ferrari started racing with Alfa Romeos.

Kia has stepped up their game remarkably across all their models in the last few years. In 2017, the world was introduced to the Kia Stinger, a sporty and, most extraordinarily, very price-worthy sports car.

While the 2.5L is far from bad, the 3.3L twin-turbo V6 will definitely provide a better punch and a greater driving experience in many ways.

The Kia Stinger gives the Audi S5 and BMW M340i a run for their money. While the Stinger may not be as luxurious, it definitely has the performance and soul to be compared with German cars.

Just like Giulia, it had four doors and enough room for more passengers.

To summarize, the Kia Stinger provides great value for a sports car that can easily be used as a daily driver, get the kids to school, and then take it to the track. Just don’t forget to pick up the kids later. 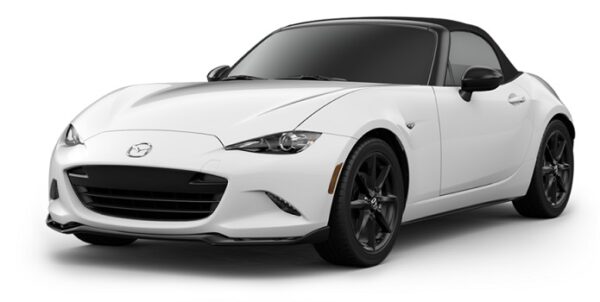 One of the most popular sports cars in the world definitely deserves a spot on this list, especially with an MSRP of $27,300.

There is much to talk about the Miata after being around since the late ’80s, being driven by thousands, and keeping its nimbleness, joy, and reliability throughout all these years.

The Miata is the only convertible on this list and offers the weakest engine out of all cars, but don’t let that fool you – this is a sports car that must be experienced and appreciated.

While there is nothing extraordinary the Miata offers, that in itself is unique. It is the perfect balance of a good-handling car with a decent look, great reliability, and an even greater price.

The 181hp strong front “mid-engine” makes the car drive like a dream, and, in many cases, you can use the full potential of the car.

The Miata is focused on a fun experience with not much practicality as the trunk is very small, and the cabin is also not the greatest.

Still, if it is “sporty” you are looking for, you will definitely find it with the Miata.

Considering that the Miata has great reliability among sports cars, properly maintaining the car will enable the Miata to spread joy and happiness for many, many years to come. 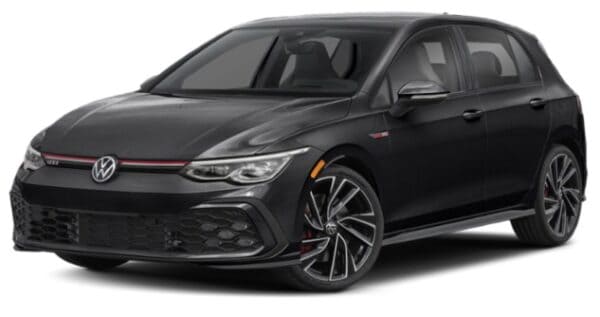 The German compact pocket rocket is a great choice if you are looking for a fast and practical car.

The model has recently been updated with an interior and exterior that is more fitting to 2023 standards. Two big screens and a minimalistic interior create a satisfying atmosphere inside.

The exterior of the GTI lets everyone know that many horses are packed under the hood, 241 hp to be precise. It is not much of a sleeper, as previous Golf GTI/R models were.

It is a well-rounded car that will tick most boxes for most people, and if not, the Golf R is also an option (and is also a great sports car under $50k)

On the U.S. market, only the Golf GTI and Golf R are available. Both these cars are great and very similar, however, the GTI is cheaper and has power and fun-factor that is more than enough. 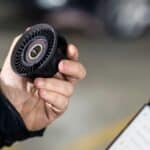