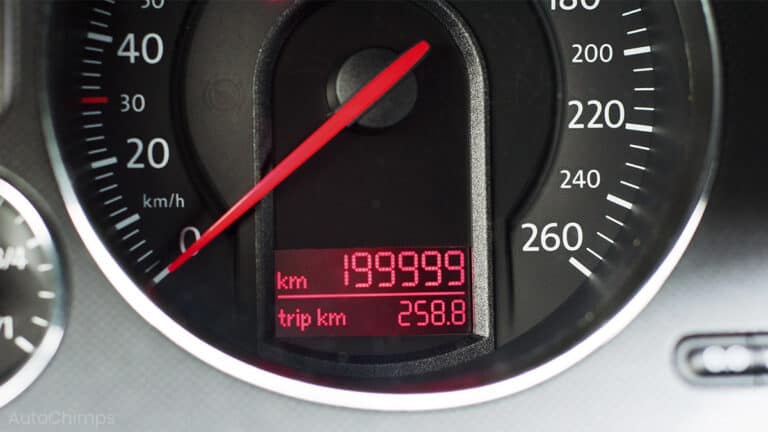 So, you’re thinking of buying a high-mileage car? Are people telling you to step away from the deal like the plague?

Purchasing a car with high mileage isn’t necessarily a bad thing. That said, you need to watch out for plenty of things.

For this specific guide, it’ll be assumed that you’re looking for a reliable car for everyday use. If you want to buy a performance car, track vehicle, or project, these rules won’t apply so strictly to you.

This article will provide you with some advice for high-mileage car buying.

What Goes Wrong With High-Mileage Cars?

For instance, you’ll likely need to rebuild or replace your transmission by this point. Eventually, you’ll need to do the same thing with the engine.

Most problems stem from rubber seals and gaskets wearing down, causing a loss of pressure (or too much). You should also watch out for rust. The other leading cause of issues? Heat (from friction and excess internal pressure).

These might not sound like much of an issue, but they’re car killers. Buying a high-mileage car with these problems – or perhaps the conditions where they’re developing – will mean your investment was a waste.

What’s Considered High-Mileage For A Car?

The total mileage is important, but the annual mileage is even more so. For daily drivers, you shouldn’t expect much more than 20,000 annual miles. The average American drives 13,476 miles per year, for reference.

A two-year-old high-mileage car might have 50,000 miles or more on it. Although the numbers are a bit less, it’s been driven a lot. Therefore, more problems are likely to emerge.

Compare The Mileage With The Age

For example, let’s say a car has 200,000 miles registered on the clock (odometer). But how old is it? Four years? Eight? Twenty?

Divide the total mileage by the vehicle’s age (in years) to give you an approximate annual mileage (as above).

20,000 miles per year or more could be too much. If it’s less than 3,000, it’s potentially been underdriven. That is, the car hasn’t been on the road enough. This can also be a problem, particularly with rust.

Equally, you might conclude that the car has been driven just the right amount. The Goldilocks Principle, perhaps. There’s still the potential for problems, though – don’t let that throw you off.

Note: different rules apply to performance cars. In general, the lower the miles on these, the better.

When you buy a car – especially a high-mileage model – seeing the service history is vital. If it’s missing or partially incomplete, walk away. It’s that important.

The service history, stamped by authorized dealers and mechanics, is the only legal proof that a car has been cared for, aside from any receipts and invoices for past work.

You might see the acronym FSH in the advertisement heading or description. It stands for Full-Service History. That’s what you’re looking for.

Cars should at least have an oil and filter change yearly or every 10,000 miles, although different manufacturers have various requirements. In a high-mileage car’s service history, look for the following:

A good record of service history is a reasonable indication that the car’s been well looked after.

Of course, owners might have serviced their own car. If they say they’ve looked after it well, it should still be in great condition. However, you’ll have to take the seller at their word. It’s probably not worth it unless you know and trust them.

Getting A VIN Check

You should always invest in a VIN check whenever you buy any car, high mileage or not.

A VIN is a Vehicle Identification Number. It’s not immune to forgery, but it’s much more complicated to alter than switching registration plates. Each and every car’s VIN – worldwide – is different.

Use online programs. There are plenty available. Ask the seller to provide the VIN and enter it into the tool. If they refuse, take it as a red flag.

Expect to pay $10 to $20. The VIN lookup program will compare records of the car from around the country and the world. By compiling them into one place, you can see if the car’s been stolen, has outstanding finance, has been involved in severe accidents, and much (much!) more.

As a high-mileage car, you should specifically watch out for the accident history and yearly mileage. A few years of long-distance driving might not be a problem. However, these should match up with multiple services and oil changes in the manual.

How Much Work Has Been Done On The Car?

In the same vein as service history, look at how much work the car has had done.

A lot of work might look off-putting. That’s understandable, but it’s probably worth switching your thinking around. It might be a good thing.

Look at each item that’s been repaired. Are they all related? If so, there could be a serious underlying problem.

But if they’re all major service components – transmissions, clutches, engine, even – it means the car’s in excellent condition. It’s well worth pursuing!

Take It For A Test Drive

A test drive can be the best indication of faults.

As you’re driving, listen, watch, and feel for any of the following:

There might be other problems, too. Any kind of unsmooth driving experience could be a sign of a problem. However, new tires, suspension, and other minor jobs aren’t too expensive.

The items above are listed because the underlying problem might cost thousands to repair. They’re all potential indications of costly fixes. At that point, it’s not a worthwhile purchase.

There are too many possible root causes to list!

Watch Out For Rust

Rust is a type of oxidation catalytic reaction. It’s when iron-based metals mix with water and oxygen and break down (as an oversimplified explanation).

Surface rust isn’t much of a problem – usually! Bodywork technicians can remove it and reseal the area to protect it.

Deep-set chassis rust, though, is a problem. If rust breaks down the actual frame of the car, it will eventually snap! This could happen while driving over bumpy roads, potholes, or (most often) on a mechanic’s ramp or with a jack.

When this happens, you have to write the car off, so avoid it as much as possible!

Check for rust by looking underneath the car at the main chassis components. Expect to see a bit of surface corrosion here and there – everyone has to drive through puddles now and then.

Knock these spots with something hard. If it falls through the metal/rust surface, it’s definitely a problem.

Should I Buy A High-Mileage Car?

How wise it is to buy a car with high mileage is debatable. Let’s simplify it into the following. You’re taking a higher risk, but you should be spending less money. As a result, it might pay off – and if it doesn’t, you haven’t lost much in theory.

In contrast, a lower-mileage car should be more reliable. It’s also worth more money, though.

No matter how many miles a car has on the odometer, be careful who you buy from. Conduct a thorough check before buying, even if it’s a vehicle you’re keen on.

Finally, if you’re unsure, consider hiring an expert to view the car. This works like hiring a home surveyor before you buy a new house. They’ll inspect the vehicle and give you a detailed report.

In summary, you might find yourself a bargain! Just be cautious, don’t overspend, and don’t leap into anything headfirst. 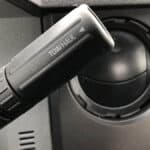 What Does The Tow/Haul Button Do?