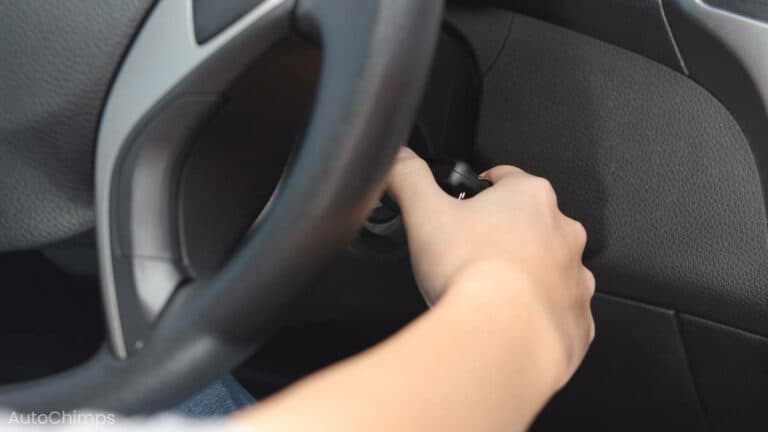 Thanks to advances in technology, starting a modern car is often as simple as pressing a button. However, sometimes things don’t work as intended, and the car turns over but won’t start.

When the engine cranks but the car doesn’t start, the underlying problem could be a number of things, from bad spark plugs to bad compression ratio.

This guide will explore the most common causes so you can resolve the problem as soon as possible.

Why Is My Car Cranking But Not Starting?

When you turn your key or press the start button of your car, the starter, which is electrically powered, turns the engine, and a cranking sound can be heard.

The familiar sound you hear when starting your car is made by the crankshaft and pistons moving, which is the beginning of the engine cycle.

If the car cranks but won’t start, the problem lies with one of the components of the chain reaction described above.

Usually, when you hear the car continuously cranking, the starter motor is not the culprit but another part is. The most common causes are related to the following components:

In order for the engine to start and work properly, fuel needs to be delivered to the combustion chamber. If proper fuel flow is not achieved, the engine cannot start.

The three main causes of bad fuel flow are issues with the fuel pump, fuel injector, or simply an empty fuel tank.

As you turn on the ignition (without turning on the engine), you should hear the fuel pump activate and emit a small buzzing sound.

In some cars, the fuel pump engages at the same time that the engine cranks, making it much harder to hear the fuel pump. If you do notice the fuel pump activating, it’s a good sign, but further testing might still be needed.

As the fuel pump delivers the fuel, the fuel injector is responsible for transferring it to the combustion chamber. You can visually inspect the spray if your car uses a throttle body fuel injector.

If your car uses an electronic fuel injector, the best way to make sure it works properly is by listening to it. To do this, you can either use a cheap mechanic’s stethoscope or even a screwdriver.

Using a stethoscope or a screwdriver, place the tool on the body of the injector and listen for a clicking sound. The sound you will hopefully hear is the valve opening and closing.

Unsurprisingly, if there is no fuel available, the engine will not be able to start, however hard you try. If this is the case, the solution is the easiest of those on this list: put some fuel in your car.

Make sure that no leaks have caused the empty fuel tank and that all the fuel lines are intact.

Bad spark plugs affect your engine most noticeably when driving, as the engine is prone to misfiring, has a rough idle, is harder to accelerate, and so on.

If you noticed these symptoms before your issues with being able to start the car, the spark plugs might be the problem.

A spark plug tester can help you diagnose the problem, however, in many cases, bad spark plugs can be recognized visually. You should also ensure that the ignition coils are not the real culprit.

The crankshaft plays a pivotal role in the synchronized events that occur when the engine is running.

If the crankshaft is to blame in this scenario, it is likely due to a faulty crankshaft position sensor.

The position sensor sends information to the ECU, enabling the spark plugs to fire at precisely the right moment.

A faulty sensor would therefore lead to ineffective combustion, resulting in an inadequate level of power generation to keep the engine running (or to start it).

A compression ratio that is inadequate for the combustion of the air and fuel mixture will result in an outcome similar to that of a faulty crankshaft sensor, as described above.

In this case, the lack of compression is most likely due to leakage caused by bad seals and gaskets. It could also be a problem with a malfunctioning timing belt.

To solve this problem, piston rings, valve seals, or anything else that could hinder an adequate compression ratio should be replaced.

As mentioned previously, the starter plays a vital role in starting the engine, and it is electrically powered. Because the engine is not active, all the electricity must come from the battery and not the alternator.

A faulty starter usually produces a grinding noise. If you hear this, you should stop trying to start your car, as you could inflict serious damage to the flywheel.

If the battery or starter is bad, the starter might not receive enough power to start the engine. There are also other components that are electrically powered, such as the fuel pump.

A bad battery would be unable to power all of these components at once, making it impossible to start the car.

Another possible reason for a faulty power supply is a problem with a blown fuse. To test the fuses, simply turn the ignition on and use a test light to see if there is any current.

If the engine cranks but your car won’t start, something is wrong with the ignition system. The system consists of multiple components, any of which could be to blame for an unsuccessful start.

Unless the car produces a nasty grinding noise, the starter is probably not the culprit.

In most cases, the components responsible are usually related to fuel flow, spark plugs, the crankshaft, compression ratio, or the power supply.

All these things can be tested. Some are relatively easy to test, while others need a good amount of experience to find where the fault lies.

Make sure to keep track of when different components were last replaced. In many cases, the faulty component is overdue for replacement.

This is why it is important to service your car regularly and change each component at the intervals determined by your car manufacturer. 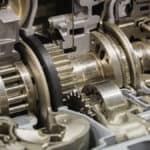