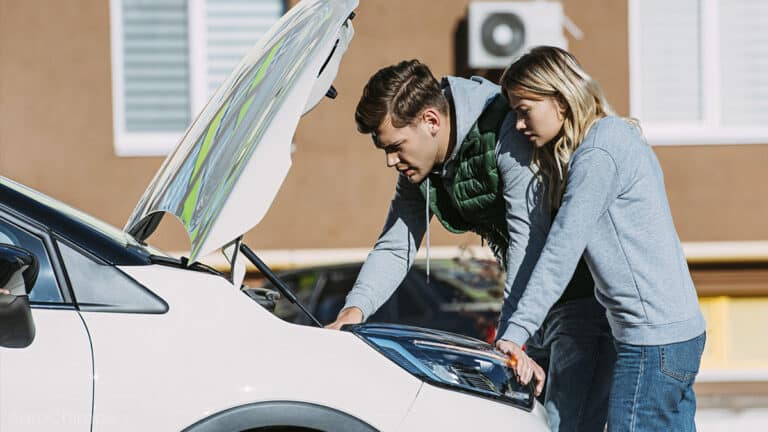 We take it as a given that our car will start, and we will be heading to our destination in no time. However, it may come without warning – the car starts and then dies within moments.

There are several causes, and we will cover the most common causes, how to diagnose them, how to fix them, and any other things you should know.

In almost all cases, the problem is due to insufficient combustion because of an inappropriate fuel/air mixture needed for the engine to work properly.

The most common causes are due to a problem with the mass airflow sensor, a vacuum leak, the fuel pump relay, ignition coil, crank and camshaft sensor, clogged fuel filter, and idle control valve.

Below, we will cover each of the potential culprits so you can make an accurate diagnosis and fix the problem as soon as possible.

Let’s find out how to make your engine great again.

The mass airflow sensor (MAF) is important for making your car run smoothly. As the name suggests, the MAF senses the airflow, which then sends the information to the engine control unit.

This information is important as the ECU then adjusts the fuel that should be injected into the internal combustion chamber.

A faulty mass airflow sensor may give inaccurate readings, leading the engine to run too rich – too much fuel – or run too lean – with too little fuel.

Both these scenarios can cause your car to stall, even after the engine initially started.

A bad mass airflow sensor does not only make your car die right after starting, but it can cause a plethora of problems.

For example, it may make the engine run roughly on idle or when accelerating. The fuel economy will be worse than usual, and a check engine light may illuminate.

The best way to test a mass airflow sensor is to use a scan tool and read the values of the MAF. Ideally, an error code will be present indicating the issue.

Sometimes all that must be done is to clean the sensor, which is fairly simple. On the other hand, the sensor may need to be replaced.

Properly maintaining your car and changing the air filter regularly will prevent dirt and debris from contaminating the mass airflow sensor.

Similar to a problem with the MAF, a vacuum leak can cause the engine to stall due to a too-lean mixture in the combustion chamber.

A vacuum leak is simply a crack that lets more air into the internal combustion chamber, for example, through the intake manifold gasket.

By taking a propane torch or spraying carb cleaner on hoses and gaskets, the engine will react as the sprayed substance will ignite.

Please note that there is a fire hazard, and you should only do this if you are comfortable and know what you are doing.

In most cases, the vacuum leak will not be very severe, and a hose replacement is a relatively cheap fix.

The fuel pump relay enables the fuel pump to power up and delivers the necessary fuel to the combustion chamber to start the car.

This means that no fuel will be sent to the combustion chamber, no combustion will take place, and the engine will simply stall.

A completely broken fuel pump relay may be one of the reasons why your car cranks but won’t start.

There is a great guide here on how to test the fuel pump relay if you suspect this is the problem.

If your car runs on gas, the issue may lie with the ignition coils. They deliver an appropriate voltage for the spark plugs to activate and ignite the air/fuel mixture.

A bad ignition coil can cause a variety of problems, including stalling inappropriately, but also a rough idle, and backfiring.

It can be a little bit tricky to test an ignition coil as a few steps, and appropriate safety measures must be taken.

If you would like to test the ignition coils yourself, check out wikiHow’s article.

A bad crankshaft sensor or camshaft sensor can cause stalling of the car unexpectedly, even right after the engine is turned on.

While not the same, the crankshaft and the camshaft are both heavily involved in the function of the combustion chamber.

The camshaft is responsible for opening and closing the intake and exhaust valves, playing a great part in the air/fuel mixture of the combustion chamber.

If either of these sensors is faulty, it can lead to the car stalling as the fundamentals of the combustion chambers are compromised.

The intake will not provide sufficient air, or if the crankshaft sensor is faulty, the pistons may move inappropriately.

The fuel filter prevents any impurities from reaching the fuel pump and the engine. With time, the unfiltered fuel will clog the filter if it has not been changed for a long time.

A clogged fuel filter will not filter the fuel efficiently, limiting the amount of fuel that reaches the pump and the engine.

With less fuel, the engine may end up stalling or running very badly in general.

There are ways to indirectly check if the fuel filter is clogged. However, if it has not been changed for a long time, you might as well change it while you are at it.

When your car is idling, the idle control valve engages, controlling the RPMs of the engine.

The idle control valve is designed to last for the whole lifetime of the car, but just like any other part, it can wear prematurely and fail.

A broken idle control valve will cause shifts in the RPM when idling. It may stall without warning when stationary, then work fine for a while, and then stall again.

As previously noted, the idle control valve is not likely to be the culprit, but it can happen. In ideal conditions, a check engine light will illuminate, and a code pointing to the sensor will be present.

If a rough idle is present, make sure to first exclude other more common problems, such as a bad fuel pump relay or clogged fuel filter.

If your engine starts and then dies, there are quite a few things that may not work properly. This includes a vacuum leak, fuel pump problems, and sensor problems.

Almost in all cases, the stalling is due to an insufficient air/fuel mixture. A lean mixture, where there is an excessive amount of air or too little fuel, will make the engine stall as no combustion is present.

Many times, a code reader will point to the correct part that is faulty; other times, it may only show a general code indicating that there is not enough fuel or air going into the engine.

Most problems with stalling can be relatively easy to fix and do not cause any long-term damage if fixed promptly.

As always, make sure to maintain your car properly and change its parts regularly to prevent similar scenarios. 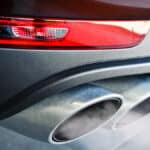 Car Revving On Its Own While Driving Or Stationary? Here’s Why