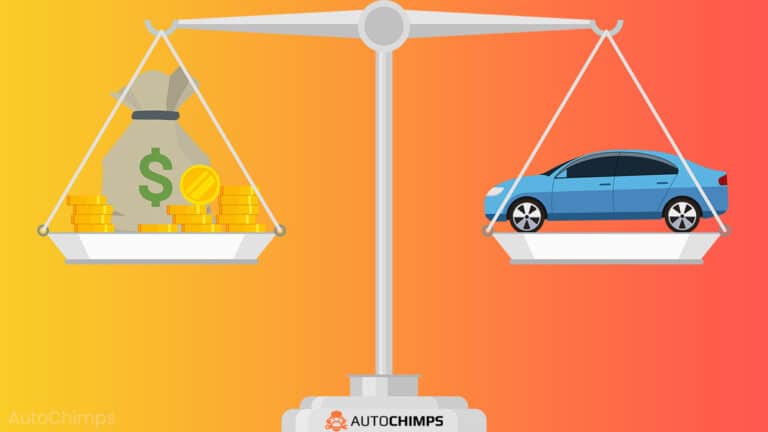 It takes a lot to drive machinery that is several thousand pounds heavy, but how heavy are the cars on the road today?

The weight of a car matters more than people usually think. It affects many parameters, such as handling, fuel economy, acceleration, and more.

As there are many types of cars, we will be sure to cover the most common cars according to car body types and get an average car weight for each category.

Before we start, it may be of interest to clarify car weight. There are several types of weight classifications, such as curb weight, gross weight, payload, and more.

As mentioned in our article about different car body types, there is no strict definition of different categories of cars.

Microcars may not be a familiar sight today in the United States for various reasons, but we felt bad excluding these cute little ones from the list.

On average, a microcar weighs around 1250 lb (567 kg). This may not come as a surprise, as they were designed to be as nimble and small as possible.

An example of a microcar includes Renault Twizzy, Aixam Miniauto, and, of course, one of the best-selling microcars in the United States (albeit in the ’70s), the CitiCar.

A step up in size from the microcar is the city car. Even though they are not as small as microcars, they are quite small compared to the average car today.

The average city car weight is around 2200 lb (995 kg), a bit heavier than a microcar, yet still relatively light.

This provides a great fuel economy and makes it is to get around town, just like designed!

In recent years, other types of cars have taken over the market, most notably SUVs. Even if that is the case, a mid-size car is a great option for many types of people, not only families.

When it comes to the weight of mid-size cars, it varies a lot, not just between models but between different versions.

The different types of engines offered and the option of four-wheel drive are significant contributing factors to the curb weight. This also applies to many other car types mentioned further down.

The average curb weight for a mid-size car is around 3400 lb (1540 kg). Keep in mind that this varies a lot within the segment due to previously mentioned reasons.

Cars in this segment include Mazda 6, Honda Accord, and Toyota Camry.

Full-size cars offer more space to the passengers than mid-size cars, but even that did not stop their popularity from decreasing to the benefit of the SUVs.

Full-size cars usually come with bigger engines, and four-wheel drive is not uncommon, contributing to higher average curb weight in addition to the size difference.

Examples of full-size cars include Chrysler 300, Chevrolet Impala, and Audi A6.

Compact SUVs are the smaller segment of SUVs; mini SUVs are only smaller in the SUV category.

Even though they are “compact,” they have an average curb weight of about 3500 lb (1600 kg), mostly due to their bulky profile.

One step up from compact SUVs are the mid-size ones. They offer more space, both for the passengers and the cargo.

They may also come with a third row for even more passengers.

It may not come as a surprise that they are also more on the heavier side compared to compact SUVs.

A mid-size SUV, such as the Jeep Grand Cherokee, Hyundai Palisade, and Kia Telluride, weighs on average about 4600 lb (2100 kg).

These SUVs are very big and offer great comfort and space for each occupant of the vehicle.

This guide refers to the curb weight of vehicles, but there are actually other types of weights when referring to vehicles.

We’ve designed a custom image that shows all the different types of vehicles weights in a way that is easily understandable by everyone.

As previously noted, the curb weight of a vehicle does not only rely on the size of the car but also on additional factors such as four-wheel drive, panoramic roofs, passenger layouts, and more.

Down below are some common additions to a car that can impact the car’s weight to a larger extent.

Different cars differ in weight. Matter of fact, the same car model can differ by hundreds of pounds depending on the engine, drivetrain, and extras such as a panoramic roof.

The weight of the car will affect its handling, and the heavier the car is, the less fuel-sufficient it is, as the engine has to move all those pounds.

When it comes to different car body styles, they usually differ categorically. The general rule is the bigger the car, the greater the weight, but it may not always be the case, as explained above.

Electric cars are typically heavier than their internal combustion engine counterparts due to the heavy battery packs they carry.

It is, however, expected that this weight will be reduced as the technology evolves.

How To Find License Plate Number By VIN