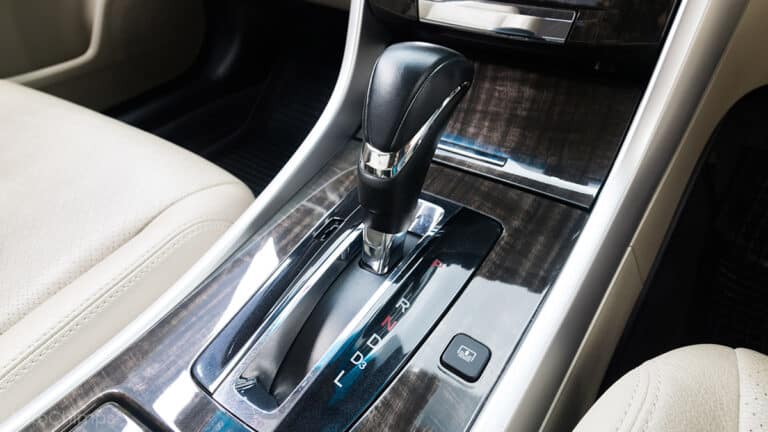 Not many things are more annoying than getting into the car only for it to refuse to start. Even more annoying is when all seems to go fine, but the car refuses to switch to drive.

There are a few reasons why this may happen, ranging from a simple fix, such as pressing the brake pedal, to more complex reasons, such as transmission failure.

Whatever the case, we will cover the most common potential causes and explain how to solve the problem.

After going through the guide, you will learn everything you need to know about transmissions and what to think about when parking your car to increase the longevity of the transmission.

Gear up, and let’s get going!

What Does Shifting Into Park Mean?

Before we get into why you cannot shift out of “park,” it may help to know how the mechanism works in order to troubleshoot the problem more efficiently.

The star of the show is called a parking pawl. It essentially holds the output shaft, preventing the car from rolling.

The parking pawl in itself is very durable and usually is able to withstand the forces elicited on the car.

However, if the car is parked on an incline or decline, it is much tougher to withstand, which requires the parking pawl to withstand an even greater amount of force.

This in itself can be a cause for why you cannot shift out of park, but more about that further down the article.

As you may know, an automatic transmission is a hugely complex type of machinery with many parts working together.

A problem with shifting out of park can be due to other mechanical or even electrical reasons. Don’t worry, though; we got you covered!

Car Parked On An Incline Or Decline

As described above, parking on an incline or decline will cause the parking pawl to withstand more force. As logic would suggest, the greater the inclination, the higher the force on the pawl.

Sometimes, this can be solved by pressing the brake pedal firmly while trying to disengage “park.” You may also use the parking brake to relieve the parking pawl.

While you may have heard somebody say that another person (or car) should push the car to relieve some pressure on the parking pawl, we do not recommend this.

It may work. However, you may risk damaging the transmission, and in the worst-case scenario, the car may suddenly go into “neutral” which could injure the person pushing the vehicle.

What does a brake light have to do with putting your car in park?

Well, most cars have a feature where the brake must be pressed to put the car outside of park.

As you may know, there are tons of electrical things going on in a car. It may be simply that a brake light fuse has gone, or the brake light switch is not functioning correctly.

Fixing this problem is relatively cheap, less than $100, and even less if it turns out that a fuse has been blown.

You can also easily check if this is the problem. Simply ask somebody to stay behind your vehicle and observe if the brake light turns on when you press the brake pedal.

If it does not, chances are that a fuse has blown or the brake light switch has gone bad.

The shift interlock solenoid is a fancy way of saying the thing that normally protects the transmission from going to park.

In other words, it is responsible for only disengaging park when the brake has been applied, and the ignition is on.

A faulty shift interlock solenoid will be unable to disengage from park, but there is one way you can override it.

While not all cars are the same, the principle usually is. If you are unsure how to override it exactly, check your car manual or a trustworthy site on the internet.

In short, here is what you need to do:

These steps should work if the shift interlock solenoid is broken. However, this only enables you to reach your destination; it is not a long-term solution.

A broken shift interlock solenoid is a bit more expensive than a faulty brake light switch, but it should not cost more than $400; it can also cost half that amount, depending on the model.

Also, keep in mind that the shifter mechanism can be faulty, warranting an inspection.

A broken transmission may cause problems with switching gears; while this problem may sound expensive, in a best-case scenario, there may be some wiring issues.

For example, if the problem is in the transmission shift cable, you may be looking for a replacement cost of $200 to $400, including parts and labor.

If the whole transmission ought to be replaced, you are looking at a much greater price tag.

Of course, you should check the simplest potential problems first, such as the inadequate amount of transmission fluid or a possible leak.

A variety of problems may be the cause for why your shifter won’t go out of park.

The first thing you should pay attention to is where your car is parked, specifically if it is on an incline or flat surface.

If it is on an incline or decline, it may be unable to shift from park due to excessive tension on the parking pawl.

If this is the case, it may help to apply the parking brake and firmly press the brake pedal, as that will relieve the tension on the pawl.

If you have recently noticed that gear changes are sloppy when driving or the car’s RPM act abnormally, it is possible that the transmission in itself is bad.

This may be due to a bad wire, a bad shift interlock solenoid, or the gears themselves, in which a transmission repair is needed.

It may also be possible that the brake light switch is faulty or has a blown fuse. This is easy to check as your brake lights won’t work. 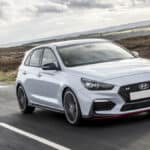 Does Your Car Jerk When Accelerating? Here’s The Fix