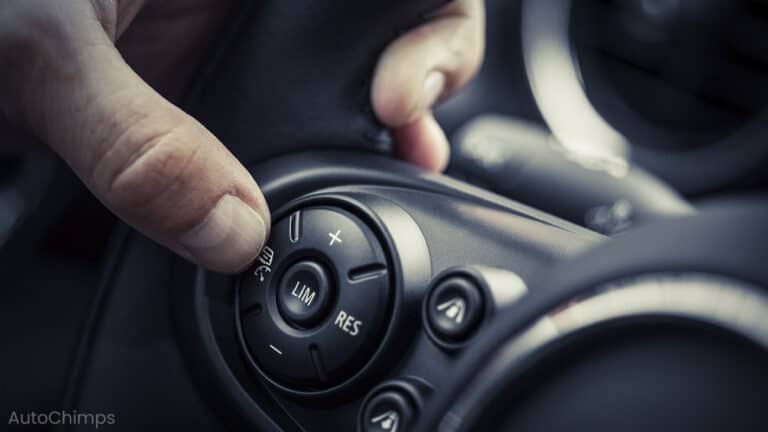 Cruise control may be one of the most underrated functions in a car. It makes a long trip so much easier by cruising along the highway.

Unfortunately, the day may come when the cruise control does not work as it should, but on the positive side, you are here, and we will cover how you can fix your precious cruise control!

Considering most cars depend on computers and electronics, so does cruise control. The most common cause for a cruise control not working is a bad fuse, sensor, or brake pedal switch.

The most common causes will be covered so you can keep cruising along the roads.

Why Is My Cruise Control Not Working?

There are a variety of reasons why cruise control is not working.

In most cases, the reason is due to electronics, such as a blown fuse, but it can also be mechanical due to a dirty or clogged throttle body.

Here are the most common culprits, including electronic and mechanical.

All modern cars use an electronically controlled cruise control that is dependent on a variety of different systems.

Any system or an electric component that plays a role in the cruise control system must be working.

Therefore, it is recommended to initially check the fuse box and see if any fuse is blown.

While it may be easy to believe that only one fuse is enough to check, several fuses may disable the cruise control.

There is a specific cruise control fuse that should be checked; however, other fuses, such as the brake light fuse (covered below), speed sensor fuse, and other sensors, may be the culprit.

Not every car is the same. Therefore, some fuses may affect the cruise control in one model, while in another, it won’t.

If you have checked the fuses with a voltage meter and confirmed that everything is alright, the next thing to do is check the brake pedal switch.

The brakes are an essential part of cruise control. While it does not enable the cruise control to brake, it must be able to disconnect when the brake pedal is pressed.

The brake pedal switch is an important component of the braking system, but perhaps even more so of the cruise control system.

The function of the brake pedal switch is to notify other drivers that the car is braking by turning on the brake lights.

The other function essential to the cruise control system is that it signals to the ECU that the brake pedal is pressed.

This is essential to the cruise control system as it must disengage immediately when the brakes are applied for safety reasons.

Considering the extensive usage of electronics in cars today, it is no surprise that there are many sensors that send tons of information to the ECU each second.

Many sensors also play a part in the cruise control system as the car must regulate the speed, know the speed, the gear, the engine’s RPM, and more.

If any of these sensors do not work correctly, the cruise control will not work either.

In most cases, if a sensor is bad, it will present more apparent symptoms.

For example, a bad speed sensor will disable the speedometer and possibly produce symptoms such as transmission problems.

Scanning for any fault codes may be of great help to see if something is wrong. If it turns out that your cruise control does not work, the culprit is most probably hiding behind a fault code or two.

When the accelerator is pressed in modern cars, an electronic signal is sent to the electronic throttle control, opening the throttle body.

Similarly, when a designated speed is set on the cruise control, it will send signals to the electronic throttle control to control the throttle body.

The throttle body is prone to get dirty, making it harder to open the throttle and/or limit how much it opens.

Going back to the electronics, it is also possible that the electronic throttle control is faulty and is then due for a replacement.

Adaptive cruise control has a few functions in addition to traditional cruise control, mainly that it can sense cars in its surroundings and adapt the speed to maintain a safe distance.

This, of course, comes with additional sensors and parts that all can turn defective, making the cruise control not work.

How To Fix Cruise Control

Problems such as a bad brake pedal switch will produce other symptoms, such as non-working brake lights.

Any issue in the car can therefore affect the function of the cruise control.

The cruise control uses various sensors and parts to work and keep you cruising comfortably while improving your gas mileage.

The cruise control not working is probably due to a blown fuse or a faulty sensor.

If cruise control is the only problem with your car, the problem is almost definitely due to a blown fuse.

Other causes are accompanied by other problems that you will most definitely notice in your everyday driving, such as a dashboard light illuminating, rough driving, or something similar.

Always make sure to test the fuses with a voltage meter to ensure that the fuse is blown. 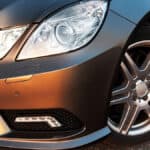 What Is The Difference Between Fender And Bumper?