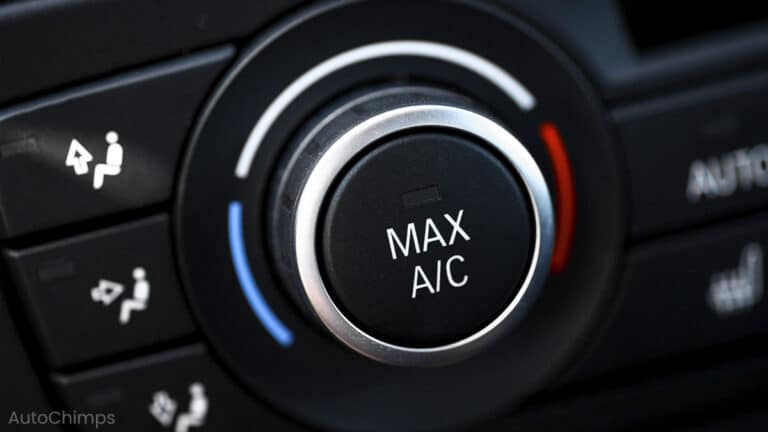 It’s a hot, humid day. You reach down to press the button to turn on your air conditioning. But wait! In these times of rapidly inflating fuel costs, will turning on the car A/C use gas?

The short answer is: not directly.

While an air conditioning system isn’t directly powered by gasoline, it’s driven by the crankshaft, which is.

Turning your car’s A/C on may mean you use slightly more fuel, depending on your vehicle’s age. However, it doesn’t directly consume gas.

Here’s a straightforward overview of everything you need to know about automotive air conditioning systems and fuel usage.

How Does A Car A/C Work?

All systems on modern cars are becoming increasingly complex. This is also true for air conditioning. Still, the base principles have remained the same for decades, ever since it was invented.

Your engine converts reciprocal movement (the pistons moving up and down) into rotational force (torque) by driving the crankshaft. The crankshaft at the bottom of the engine spins, sending power through the transmission to the wheels.

It also has several appliances directly attached to it using a rubber belt known as a serpentine or drive belt. These include the alternator, power steering pump, and A/C compressor (if applicable).

This forces the air conditioning refrigerant through the system. Here it removes moisture and heat from the incoming air (a subtle but crucial difference from the incorrect phrase “adding cold”) through a series of components and pipe pressures.

You can turn your car’s A/C on and off using a button. The button engages or disengages an electronically-controlled clutch, deactivating or activating the compressor whenever needed.

Does Running An A/C Use Gas?

Turning on an A/C doesn’t directly use gas, but your fuel economy might decrease, especially in older cars.

The A/C is driven by the crankshaft, as explained in the previous section. The crankshaft, in turn, is powered by air and gasoline, igniting in a controlled explosion.

When the A/C compressor clutch connects the pulley to the system, the serpentine belt suddenly has to force another “thing” to turn. The higher the resistance, the more drag it’ll put on the crankshaft.

Older cars need large, heavy compressors to drive the system. In these, you’ll see a noticeable negative effect on your fuel economy by activating the air conditioning.

When it comes to newer cars, you’ll hardly notice any difference in your MPG. Sure, an A/C will always put a resisting drag force on the crankshaft – that’s how it’s powered – but, these days, they’re incredibly efficient. You won’t waste gas to any extent worth mentioning.

Is It Good To Run Your A/C All The Time?

Most people turn their A/C on when they want cold air and off when the atmosphere cools off. It’s great for comfort and convenience but puts more strain on the system than you might think. The clutch or pulley could break sooner from the constant engaging/disengaging.

Your car’s air conditioning is usually designed to be on as much as possible. While it’s on, the specialized oil lubricates the rubber seals and O-Rings.

If it stays off for any significant chunk of time, such as six months over winter, the rubber will become brittle, leading to leaks.

Of course, that might not apply if you live in the coldest parts of the world or are going through an exceptionally frigid winter.

In the chillier months, it’s best to turn your heater up to max but leave the A/C on. If the car’s just too cold, only press the button once the engine is up to operating temperature.

Measure the impact of your A/C on your gas by calculating your own MPG. New models do this for you. In older cars, you should:

Calculate your MPG without the A/C by subtracting the (1) odometer reading from the number at (3). Divide the result by how many gallons you filled up at (3).

Calculate your MPG with the A/C by subtracting the (3) odometer reading from the number at (5). You should then divide this by the number of gallons you put into the tank at (5).

If they’re pretty much the same, the air conditioning makes essentially no difference to your fuel economy. If the “A/C on” reading is much lower, it has a more significant impact. (The “A/C off” reading should never be higher than the “A/C on” under normal, consistent circumstances).

How Much Gas Does A Car A/C Use?

In a modern car, an air conditioning system will mean a negligible MPG reduction. Perhaps 1% or 2% lower than usual, those kinds of figures.

The older your car gets, the more it’ll affect your fuel economy. Expect the oldest vehicles on the road to use 10% or 20% more gas when their A/C is switched on.

Ensure you keep your car’s gas mileage as high as possible by properly inflating tires and generally taking care of your vehicle. You should also drive as smoothly as possible – gentle steering, braking, and acceleration whenever possible.

Air conditioning is a wonderful modern luxury. You shouldn’t be afraid to use it, especially in a newer car. If it has an as-little-as-makes-no-difference impact on your gas consumption, why not let yourself be a little comfier?

Similarly, gas prices these days might make you think twice before turning the A/C on in an older car. 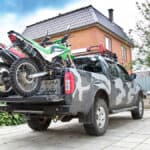 Long Bed vs. Short Bed – Which Is Best?