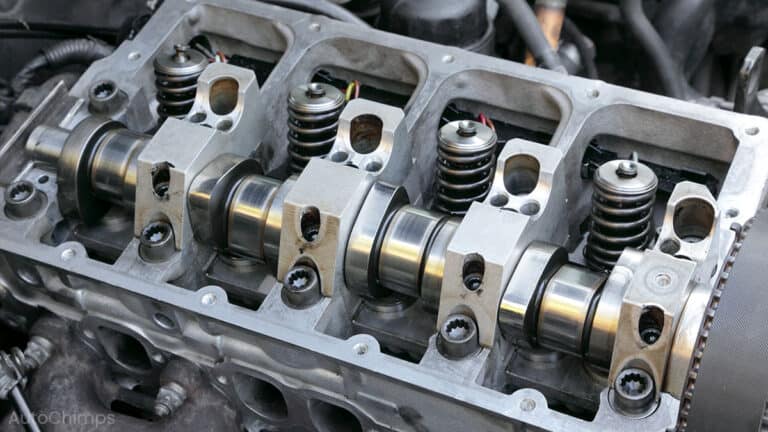 When looking up information on a particular engine, you might have come across two terms; DOHC and SOHC.

What is the difference between these two, and should you consider them when buying a car?

We will answer the questions above and go into detail about the difference between DOHC and SOHC, as well as their respective pros and cons.

Let’s get right into it!

What Is A Camshaft?

The camshaft of an engine is responsible for opening and closing the intake and exhaust valves, and it does so in a precise and synchronized manner.

It is simply a shaft with small bulges that open each respective valve when hit.

This is important to produce sufficient power by providing necessary air and getting rid of the exhaust.

For a greater idea of how a camshaft works and how it plays a role in your car engine, read more about how a car engine works.

A single overhead camshaft (SOHC) uses one camshaft, which both have some pros and cons.

Today, not many manufacturers use a SOHC engine, but they might be the way to go in some instances.

The SOHC is generally cheaper to make due to the design and usually affects two or three valves per cylinder.

When it comes to performance, they are generally seen in engines with more low- and mid-end torque, as high RPMs are more imprecise in a SOHC engine.

When it comes to modern automotive engines, SOHCs are not as common as before and are far more frequent in motorcycle engines.

A dual overhead camshaft, or DOHC for short, uses two camshafts per side of the engine, hence the name.

As a DOHC uses two camshafts, it can control more valves with more precision and efficacy. For that reason, a camshaft in a DOHC engine control four valves.

The two camshafts are situated at an angle, giving space in the middle for the spark plug. This, in turn, means that the engine can produce more power and be effective at higher RPMs.

They provide more control of the fuel/air mixture and the emissions, which the car manufacturers must factor in today.

Now that you know the difference between SOHC and DOHC, you might wonder which of the two is the best.

In most cases, the DOHC engine is the superior choice, but the SOHC also has its uses.

The best thing about DOHC engines is that they provide better performance and can control more valves with greater precision, as half of the valves are controlled by the other camshaft.

Due to the same reasons, a DOHC is also more fuel-efficient.

Another thing that contributed to the fuel efficiency but also the efficiency overall is the placement of the spark plug, which is on top of the combustion chamber.

Due to the double number of camshafts and more valves, it is to be expected that the DOHC is more complex, has more parts, and has greater weight.

Because of that, it may take more time to repair a DOHC engine, and with more parts present, there are more things to break and be repaired.

Most of the pros of a SOHC engine are reflected in the cons of the DOHC engine.

A simpler design makes it easier to maintain, repair, and produce SOHC engines. The engines can also be more compact.

Due to the design, it also provides good low-end torque at the expense of poorer performance in the higher RPM range.

The SOHC engine does not provide the same performance or accuracy as a DOHC engine, which is the main con of the SOHC engine.

As only one camshaft operates the valves, there is no room for fine-tuning the valves leading to worse performance.

The spark plug is also located in a more awkward position as the camshaft is directly above, which makes it more ineffective than a DOHC engine.

Which Should I Choose?

In most cases, the engine you are looking at is a DOHC engine.

If the engine is a SOHC or DOHC is not important for most people as they do not affect anything else that cannot be read on the specification page.

For example, if you are looking for an engine with 150 horsepower, it does not matter if it is a DOHC or SOHC.

As all the car models have a specification for their engines, including power output, fuel efficiency, weight, and so on, it is more relevant to follow those specifications than to pay attention to DOHC vs. SOHC.

In other words, SOHC or DOHC should not be close to a dealbreaker, especially for cars. 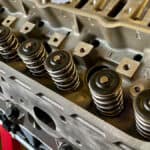 AFM Lifter Failure Symptoms, Causes, And How To Prevent