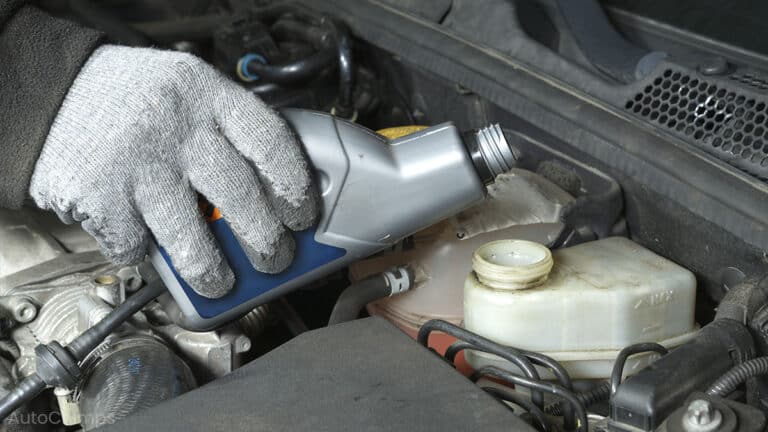 The brake system of a car is a hydraulic system, which means that it is dependent on a fluid – brake fluid.

But that’s not all. Different types of brake fluid have been categorized by the department of transportation (DOT).

The greatest difference is in the brake fluid’s dry and wet boiling points.

However, that comes with further implications that one may not think about initially. Do they affect the performance of the brakes? Can you mix DOT 3 and DOT 4? Is the maintenance the same?

We will go through each of these questions and differences, demonstrating how they affect your car’s brake system.

Stay with us and read all about brake fluids down below!

What Is The DOT Classification?

The U.S. Department of Transportation (DOT) has classified different types of brake fluid to make it easier and safer for consumers to use the correct brake fluid for their cars.

There are multiple DOT classifications ranging from DOT 1 to DOT 5.1. DOT 1 and DOT 2 are not made for modern cars.

There are other classifications for brake fluid as well, such as the International Standards Organization’s (ISO) classification and the Society of Automotive Engineers (SAE).

The Difference Between DOT 3 And DOT 4

What Do Different Boiling Points Mean?

When the brakes are in use, they get hot, and so does the brake fluid.

If the brake fluid starts boiling, the brake performance will be compromised, and, in worst-case scenarios, will be unable to stop your car.

The dry boiling point is equivalent to the boiling point of the brake fluid straight from an opened container, such as when you bought it.

Other Parameters To Consider

Otherwise, it would make sense to say, “DOT 4 is better than DOT 3,” as the boiling point is higher in DOT 4.

The reality is that there are some advantages of DOT 3. Namely, due to its composition, DOT 3 is less hygroscopic, meaning it will attract less moisture and water from the surroundings.

This means that even though DOT 3 has a lower boiling point, it will hold that interval longer than DOT 4, assuming normal driving conditions.

After knowing all about DOT 3 and DOT 4, you might wonder which of the two you should use for your car.

Generally, the best thing would be to follow the car manufacturer’s recommendation. However, there are some instances where one is better than the other.

As previously explained, DOT 3 brake fluid lasts longer as it does not attract water as much as DOT 4.

On the other hand, the more you use the brakes and the harder you brake, the greater the amount of heat is produced. As the DOT 4 has a higher boiling point, it would be the better choice.

If you drive in a hilly area where you brake a lot when going down or take your car to the track from time to time, DOT 4 is the better option, but be sure to change the fluid regularly.

Both DOT 3 and DOT 4 brake fluid should be changed regularly and more often if the brakes have been used more than “normal driving.”

As both DOT 3 and DOT 4 brake fluids are glycol-based, they can be mixed without a problem but keep in mind that the boiling points will change.

Make sure not to mix DOT 3 and/or DOT 4 with DOT 5 brake fluid, as the latter is silicone-based.

The difference between DOT 3 and DOT 4 brake fluid lies in the boiling point of the respective brake fluid.

The boiling point of brake fluid is important as it can get very hot during braking. If it boils, the brakes will become ineffective.

Both DOT 3 and DOT 4 brake fluids are viable choices, and they should be regularly changed every 1-2 years, depending on your driving habits.

Which brake fluid you choose does not really matter unless your car manufacturer has specified otherwise. But there are some specific circumstances where one is better than the other.

Either way, mixing DOT 3 and DOT 4 brake fluid is perfectly viable as they are both glycol-based. Just make sure not to mix it with DOT 5 brake fluid. 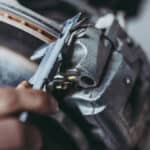