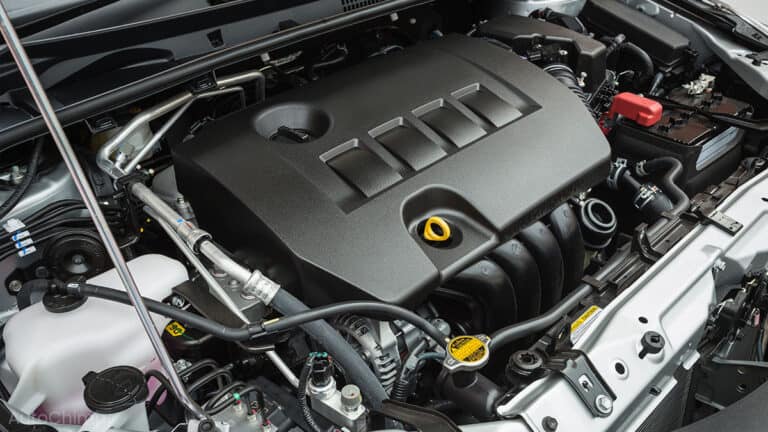 Replacing an engine is never cheap, nor is it fun to hear that you must replace it.

If your last engine can no longer do its job, an engine replacement can be a viable option, but how much does it cost, and is it worth replacing an engine?

This article will touch upon these questions and go through different types of engines, including various sizes, classes, and conditions.

An electric drive unit with a motor and inverter will cost from $1500 to $6000, while the price of a hybrid engine fluctuates greatly depending on the type of hybrid technology.

Therefore, the cost of replacing an engine varies greatly. Below, different types of engines will be discussed to get a reasonable estimate of how much your project will cost.

Read all about engine replacement below!

What Affects The Price Of An Engine?

When replacing an engine, several factors dictate the engine’s cost.

The first thing to consider is the condition of the new engine.

When it comes to engine replacement, you may opt for a brand-new, used, remanufactured, or rebuilt engine.

These all come with pros and cons, which will be covered below, and as you may have guessed, the price varies significantly between these categories.

Another factor that affects the price is the engine type, such as the fuel it uses. Diesel engines are generally heavier than gas engines as they use more robust material.

However, due to the relatively new technology, electrical motors are not cheap at all.

Down below, every type and factor is considered and discussed.

As previously mentioned, the cost of a new engine depends on the type of engine.

Besides the fuel type, the size of the engine, as well as the brand, plays a critical role when it comes to the cost of a new engine.

As one may expect, the bigger the engine, the more costly it is. Likewise, an engine that a premium brand produces will also have a premium price, and the same logic applies to a “budget” brand.

When buying a new engine, it is not a given that it will come with all parts.

Instead, there are so-called short blocks and long blocks. In short, they differ in components, with the long block having the most components.

The difference between the components is not very radical.

In addition to the engine block, crankshaft, pistons, and rods seen in a short block, a long block also includes the cylinder head, valve train, and camshaft.

The difference between a short block versus a long block also depends on the manufacturer, as some may include more or fewer components.

Buying a short or long block can be beneficial if many parts of your previous engines are still in good condition, as you can add them to the new engine.

On the other hand, a long block will cost $1500 to $6000. The same factors affecting a brand-new engine will also affect the price of a short-block and long-block engine.

If you want to buy a complete, brand-new engine with all the components, including the fuel system, intake & exhaust manifold, sensors, and more, you are looking at a higher price range.

Most car manufacturers make new engines from the factory available to their customers, but different policies exist depending on the manufacturer.

In most cases, brand-new engines are bought when a car is under warranty through a dealership where they may install the engine.

This is the most expensive option for an engine replacement. However, most people in this situation will have a warranty of some sort.

Buying a used engine from a junkyard or similar can be a viable option, but there are a few things you should look for.

While being cheaper than brand-new engines, used engines risk having other problems, especially considering most used engines are from wrecks.

Even if they work as they should, an inspection should be done, and if possible, replacing any bad parts and cleaning the engine, essentially doing a rebuild (more about further down the article).

As always with engines and cars in general, the engine price varies depending on age, mileage, size, and model.

Depending on the seller, getting a warranty for a used engine is possible, which always comes in handy.

Finding the same engine model as your previous engine will also ease the installation of the engine as it is more or less a “plug and play.”

A remanufactured engine is an original engine that has been repaired with OEM standards.

This, in practice, means that the remanufactured engine is “as good as new” but does not necessarily mean that original parts are used.

It is also possible for a remanufactured engine to exceed the standards of an OEM engine and yet cost less than a brand-new OEM engine from a factory, especially if there is a premium brand in question.

The pros to remanufacturing engines are quite a few if done properly. You will get an engine for a good price that works as new and has a warranty.

Cost Of A Rebuilt Engine

In contrast to a remanufactured engine, a refurbished engine is not a total makeover; instead, only the faulty parts and particularly worn parts are replaced.

The engine will also be cleaned and thoroughly inspected, which can come in handy as other, previously unknown bad parts may come to the attention.

While this is a good option, as the engine will probably get to a working condition and get a health check, the most significant disadvantage is that there are still old parts in the engine.

This is not much of a problem if the engine is only a few years old and doesn’t have high mileage. However, a very old engine that has traveled many miles can be unreliable.

This puts a rebuilt engine at risk of failing shortly afterward, despite cleaning and inspecting it. Different components may go bad due to the age and wear of the engine.

Therefore, an engine rebuild is primarily beneficial for newer engines that have gone bad.

As there are different types of hybrid cars, the replacement cost of a hybrid engine varies significantly.

The most significant factor determining the cost of a hybrid engine is the type of internal combustion engine and the degree of hybridization.

A hybrid electric vehicle (HEV) has a small battery and motor together with a more powerful internal combustion engine.

On the other hand, a plug-in hybrid electric vehicle (PHEV) usually has a greater electric motor than a HEV. Consequently, it also comes with a greater battery.

When replacing a hybrid engine, the highest cost that is affected in relation to “normal cars” is labor costs.

As the two systems are well-integrated, more work must be done to separate the engines.

Usually, an engine replacement in a hybrid car only opts for one of the engines, i.e., the electric motor has gone bad or the internal combustion engine.

Due to the intertwined nature of the hybrid car, the engine that is replaced should always be the same model (or extremely similar).

If you would like to convert your car to be fully electric or just make it run on fossil fuels, that is possible.

However, that is even more work than replacing the engine itself, as the car consists not only of mechanical parts but also of ECUs and tons of electronics.

How Much Does An Electric Motor Cost?

Instead of an internal combustion engine, electric cars use electric motors.

Depending on the model, a car can have several motors. Most commonly, there is an electric motor in the front or both at the front and the back.

An electric motor costs around $1000 to $2000, but it should be noted that many times the motor is not only the problem but the whole driver unit with the diverter can cost closer to $5000.

The half shafts or the bearing in electric cars is often the problem, not the motor itself.

While it is easy to focus on the cost of a new engine, and rightly so, there also comes a price with installing the engine unless you are doing it yourself (with all the tools available).

It will take about eight to six hours to replace an engine for most cars and engines, but you should consider all the factors associated with an engine replacement.

Depending on the shop’s location and various other factors, the labor cost is usually around $700 to $1000.

There are multiple ways to go when replacing an engine.

Some may opt for buying a brand-new engine, while others prefer buying a used or a remanufactured engine.

All the options have their respective pros and cons. Some options are cheaper but have fewer benefits in terms of reliability and warranty.

A cheaper and relatively efficient way of replacing an engine is to buy a long block or short block and transfer all the good parts from the old engine to the new one.

There is also an option to buy a used engine and rebuild it or even remanufacture an engine.

The difference between remanufacturing and rebuilding an engine is that the prior includes changing and repairing all the components to an OEM level or even greater.

A rebuild of an engine only includes changing the faulty and excessively worn parts, together with a thorough inspection and cleaning.

When buying an engine, the price can vary a lot depending on the state of the engine, the type of engine, the size, and the model. 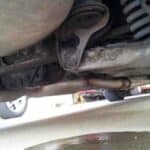 Gas Leaking From Bottom Of The Car? Here’s Why And What To Do