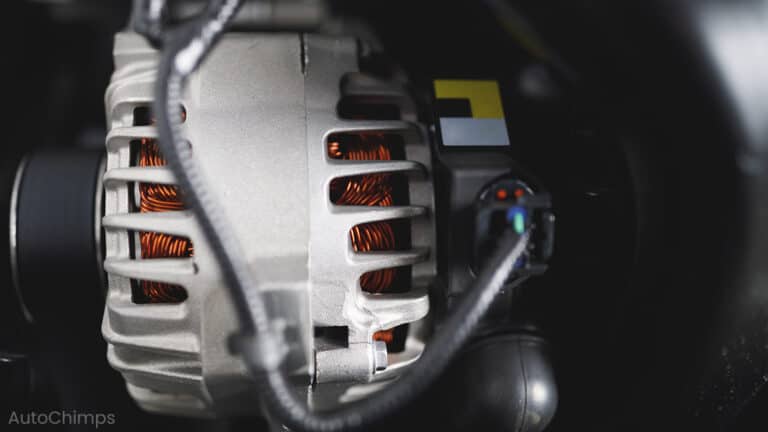 Last week, I realized my alternator was on the way out.

Nobody likes it when a vehicle component fails (especially a car mechanic!), but it could happen to anyone.

You might find yourself in a similar situation. On this page, I’ve put together the chronological symptoms I noticed and detailed the repair cost.

For context, I’m a British citizen from the West Midlands (which is in England, for those of you across the pond).

I drive – as you might expect if you know anything about our roads – a Vauxhall Corsa C (2005).

It’s not much, but it’s more than enough. I love it!

(Vauxhall is known as Opel in mainland Europe and the rest of the world.)

Corsas don’t usually get the best rep. They’re often seen as boy racer cars or cheap runarounds – and they typically are.

I’ve found, though, that taking good care of one means it serves you reliably for as long as you need. I have yet to hear of many people who’ve kept the same daily runner for eight years!

I take care of my car, as I always push readers to do in my articles. That – along with a bit of luck and some good guidance from Dad in the original purchase – means I’ve only spent £80 on non-service repairs since I got it in 2014. Until last week, of course. But I feel I owe it to the car by now.

I’ll walk you through everything I noticed going wrong over the preceding weeks and months.

The alternator should charge the battery and power the car while the engine’s running. Thus, any alternator problems usually lead to battery failure, too.

The earliest faulty alternator symptom (with hindsight) that I remember was rough starting. This happened in late summer.

On a few occasions in August, I remember worrying about the battery because of this issue. After all, it was about five years old, so I was due a new one.

The Corsa was due a full service along with its MOT, so I took it in. Here, as is routine, the mechanics did a battery and alternator test. This revealed that the battery wasn’t holding a charge, so I had a new Bosch model installed.

This may or may not have been a separate fault from the alternator. I have no real way to tell. It might have been on the way out so slightly or inconsistently that the test didn’t pick it up.

Even with a new battery, I still noticed that the car was struggling to start more than usual. It would run fine once it got going, though, so I didn’t think the alternator was at fault.

Instead, I guessed there was probably a parasitic drain. This happens when a switch in your car stays on after you turn the engine off, drawing power.

Whenever I switched my Corsa off, I would ensure all the buttons were off.

Although there were still rough starts sometimes, this seemed to help.

I now know it was likely more to do with the idling at the end of my journey than turning anything off. (I’ll explain why that’s the case further down the page.)

On a few occasions, as we headed into the middle of September, people driving behind me at night would flash their headlights.

The first couple of times, I thought it was just road rage or flashing at people on the other side of the road. As more and more started doing it, I realized there must be a problem of some sort.

With my friend (Josh) in the car, we pulled off into a side street. The vehicle behind carried on without stopping to let me know what the issue was – which was helpful(!).

There didn’t appear to be any apparent mechanical issue from the rear, so I toyed with the lights while Josh stood behind and watched.

He noticed that my brake lights were coming on strangely. Instead of all illuminating simultaneously, they came on from left to right, one at a time.

This obviously indicated an electrical issue. However, my first guess was the Body Control Module glitching.

I’ll never know what that car behind me was trying to say. Maybe something more severe was going on. I wish they’d pulled over to let me know!

When we got home, I disconnected the battery and left the car overnight. This is a common way of resetting the ECU and its control modules.

In the morning, the Corsa started fine. The brake lights all came on at the same time, and I thought (wrongly) that I’d fixed it.

I went to Canada (where I’m moving) for about three weeks in October. When I came home at the start of November, the Corsa was evidently struggling to start.

Again, I didn’t think much of it. It was about 7 degrees C (46 degrees F), grey, cold and damp (as always). It’s perfectly normal for batteries to struggle in these conditions.

There were no other issues, so I didn’t chase it up.

Things started to get worse very quickly. Again, I went to Canada (for most of December), and when I returned, I had a red battery warning light on the dashboard.

I left the car idle for a bit (it had been started once or twice through the month but not driven). The light didn’t turn off.

This time, when driving, I noticed my dashboard lights (the odometer and the lights behind the speedo and rev meter) fading.

Here – and only here – did I realize that the alternator was probably the problem.

How do you diagnose an alternator fault? With an alternator test! You can get these machines for home use, but it’s more financially sensible to go to a garage.

Things didn’t get any better over the next few days, so I took the car to a local mechanic I’ve used before. They did an alternator test (for free, which was very kind) and found the following:

In other words, the alternator had a low output at almost everything other than idle. That wasn’t good. It meant my Corsa could have died while I was driving, taking with it all control.

I took it home, hoping that an electrical glitch might remedy itself, but no. Within five minutes, I was getting more warning lights:

Sure enough, the steering became extremely heavy mid-roundabout (which was dangerous). Thus, I booked it straight back in with the mechanics.

Getting My Alternator Problems Repaired

A few days later, I drove back (at the lowest rpm possible because of the test results). I parked up with a flashing odometer and all manner of warning lights.

The poor old Corsa wouldn’t start again as soon as I switched it off. There was barely a click when I turned the key. I only just made it! The alternator had utterly failed.

I left it there for the day.

The mechanics swapped the alternator out for a new one. They also found that the battery needed replacing (a complete discharge can be fatal to a car battery). The drive belt was also wearing, so I had a new one of those, too.

That evening, I went to the garage to pay (see below) and pick the vehicle up. It runs fantastically again, and I’m glad to have it back. It’s earned a little cash splash.

How Much Did It Cost Me To Repair An Alternator?

The total bill I paid was about £388. That’s about USD $460 (at the time of writing). This is a perfectly reasonable rate for the jobs completed.

This was made up as follows:

The retail rates (what you and I would pay for the same parts) are pretty much the same. Since the shop will have bought the parts at trade prices, it will have made money. That’s good for them and good for me.

I got a lift home, returned to work, and continued with my day. All I’ve paid extra for, in reality, is the labor. And I’m happy to do that.

My thanks to the garage in question.

What Goes Wrong With A Faulty Alternator?

A faulty alternator could go wrong anywhere by definition.

In my case, it slowly became clear that it wasn’t producing a high output voltage (apart from at idle – at least during the test!).

There’s no way for me to tell for sure which specific part of the alternator was failing.

The power steering fault means it was putting drag on the belt. To me, this indicates a potential problem with the pulley or rotor. There could have been an additional issue with the regulator and output.

The nick in the belt may also have come into play.

It works now, and that’s all I really need to know.

What Happens To The Old Alternator?

When your faulty alternator is replaced at a shop, it usually gets put in the box the new one came in and sent back to the manufacturer. The alternator manufacturer, that is, not the car.

The garage will make a small amount of money back on this. More importantly (and a little cheekily), the company in question (Lucas, in this case) will find the precise fault and repair it.

My alternator will probably be back on the shelves by now as a reconditioned, ‘good as new’ part. Oh well. Just think of it as recycling.

Why It’s Important To Go To A Car Mechanic

It might be of interest to you, as an Auto Chimps reader, that I didn’t replace my own alternator. I have the skills, after all. Why wouldn’t I ‘save money’ and do it myself?

I’ll explain that with the following reasons.

If I prefer to use car mechanics whenever it’s a good idea (and it usually is), so should you. 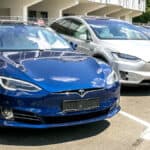