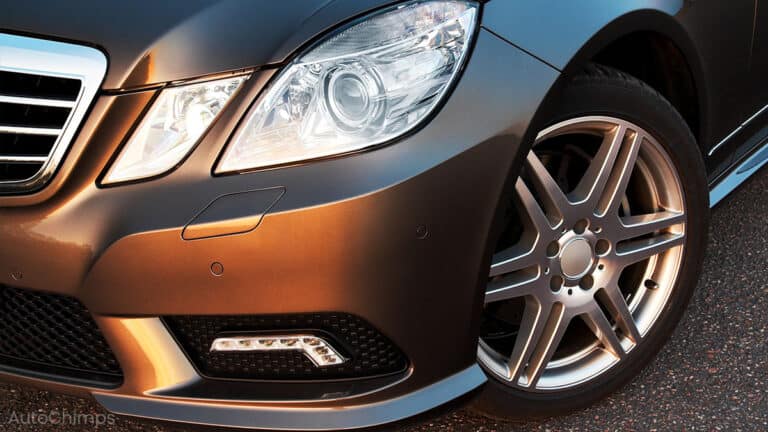 Have you or someone you know been involved in a “fender-bender”? Perhaps it’s just something you’ve heard on cop TV shows. Ever wondered what it means?

The term “fender” and “bumper” are often mixed up, even by some car mechanics. Fenders and bumpers are, in fact, different parts of the car body. They both protect the vehicle and its occupants but in very different ways.

Read on to learn more about the difference between a fender vs. a bumper.

What Is A Fender On A Car?

All cars have fenders. A fender is a body panel covering the space over the wheels. It’s attached to the side of the vehicle, and its primary purpose is to protect your wheel assemblies and suspension components from damage. They “fend” off the danger.

Historically, fenders stuck out from the car in a flare-like fashion. This gave rise to cars with very distinctive looks. Today, however, most passenger vehicles’ fenders are subtly blended in with the rest of the body.

Older cars were made before we had the technology to reduce road spray. As such, the huge fenders were essential for protecting the wheels and the rest of the body from spray, mud, debris, or stones. Nowadays, tire treads, fender undersides, mudguards, and advanced aerodynamics all contribute to this.

In other parts of the world, fenders are known as “wings” (UK) or “guards” (Australia).

What Part Of The Car Is A Fender?

The fender’s shape will roughly follow the curvature of the wheel sitting underneath it. It won’t run precisely parallel since cars often come with various wheel-size options, but it’ll be pretty close.

The fenders used to be a significant part of the design. For example, consider the Classic Mini or Volkswagen Bug (Beetle). Nowadays, while still necessary, their appearances are sacrificed for increased performance and a smaller road presence.

The closer a fender is to the wheel, the less aerodynamic tension from the car. As this reduces, a car can travel faster – provided it remains consistent. As soon as it hits some significant bumps or begins experiencing body roll in a corner, the tension will increase, reducing how “planted” the vehicle is on the road.

You’ll still see rather pronounced fenders on motorcycles and trucks. These provide extra protection to the vehicle (and rider), particularly in hazardous, off-road situations.

You might also have heard of fenders in the marine industry. Here, they protect the side of boats and ships from other dangerous contacts with other boats or docks. Marine fenders are usually made of foam, but they essentially serve the same purpose as those on cars.

What Is A Bumper On A Car?

Bumpers can be found on the front and rear of every car in the world, no matter where you are. They’re all about absorbing any front- or rear-end impacts – or “bumps” and preventing frame damage.

When you look at a car, you’re really looking at the bumper cover. This is a piece of plastic, metal, or fiberglass covering the structural bumper itself.

Bumpers are a protective barrier to prevent damage to the rest of the car as much as possible. They act a little like the buffers you see on the front and rear of trains. Behind the front bumper, there’s usually some shock-absorbing material to protect the engine bay.

While bumpers are designed to match a car’s aesthetic perfectly, their true purpose is crash protection. Hopefully, they never get damaged and never have to be replaced. However, in the case of a collision, they are technically expendable.

Note: low-speed collisions are where the bumper will function best. In a high-speed crash, there is simply far too much force for it to be effective.

These days, bumpers are much smaller than they once were. Designs have changed, materials have developed, and technologies have been added. All of these make a car much safer for its occupants, other drivers, and pedestrians.

What Types Of Bumpers Are There?

Many different designs have come and gone over the years. The earliest bumpers were entirely focused on protecting the car from damage.

As technology developed, the focus shifted from protecting the vehicle to safeguarding the occupants and other road users, such as pedestrians.

Nowadays, bumpers are a critical part of the crumple zone technology implemented in all new cars. This makes modern vehicles much safer to drive – in many ways – than classics.

What Is The Difference Between A Fender And A Bumper?

A fender is the body panel covering each wheel. These days, they blend into the bodywork, matching the color and material of the rest of the car. They keep dirt, debris, and water away from the critical components, bodywork, and paintwork.

A bumper sits at the front and rear of a car. It’s large, made of metal, and built to protect the vehicle occupants and other road users involved in any potential crashes.

So, there you have it.

Finally, what is a fender-bender? It’s quite simply a colloquialism. It roughly means a “minor collision” – a crash, but not a written-off car. Fender benders may or may not cause damage to the fenders. Confusing, eh?

Both fenders and bumpers play critical roles in protecting your car – and you – from damage. If one gets broken or dented in a crash or an accident, get it repaired. It’s vital. Although it might be costly, it’ll put the car back in a position of being able to keep you and itself safe. 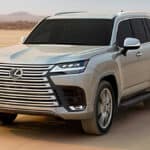 Are SUVs Safer Than Sedans?