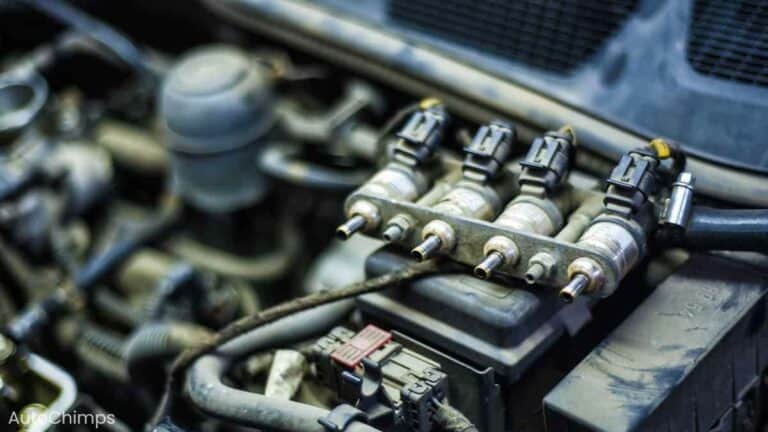 The fuel injector’s purpose is accurately described by its name: it injects fuel into the combustion chamber.

If an injector goes bad, multiple symptoms could appear, which, in many cases, call for a replacement.

In this guide, we will explain everything about fuel injectors, including when they should be replaced and potentially cheaper fixes if they go wrong.

Sometimes, all that is needed is a flush which is considerably cheaper. We will look at that later in this guide.

Let’s get started by explaining what fuel injectors are.

What Are Fuel Injectors?

Before we look at how much it costs to replace fuel injectors, it is important to know what fuel injectors are and how they work.

Generally, every cylinder has a fuel injector. Most cars use direct fuel injection, which means the fuel is injected directly into the combustion chamber.

The fuel injectors are the final part of the fuel system and work in a controlled and precise manner.

For combustion to occur effectively, the fuel is split into very small particles. This is a process called atomization, which is particularly important for diesel engines.

Sometimes, the atomization will be insufficient. Other times, the amount of fuel may be deficient and will cause noticeable problems when driving.

As with almost any other automotive part these days, there is an electronic component that may be faulty, potentially causing a variety of symptoms.

A bad fuel injector means the fuel system does not work effectively. Therefore, most symptoms will be related to engine combustion.

This means you can expect symptoms such as:

Unfortunately, none of these symptoms are specific to fuel injectors. Possible causes for these symptoms include faulty spark plugs, clogged filters, faulty sensors, and more.

The best way to diagnose the issue is to have a good overview of all the different parts and a maintenance protocol.

If you can’t remember the last time you changed your filters, spark plugs, and other key parts, it can be tougher to diagnose the problem.

In those cases, it is very helpful to use an OBD-II scan tool to get a clearer picture of what is happening.

If the problem points to the fuel injectors, you are left with two options: replace them or flush them.

In most cases, a replacement is the best option. However, there are some instances where a flush is sufficient.

When fuel injectors become bad, they often do so because they have been clogged due to impurities in the fuel.

The cost of replacing fuel injectors depends on multiple factors, mainly the number of cylinders, car model, and engine.

When changing the fuel injectors, it is advisable to change them all at once. It will save you some money on labor but will also prevent the engine from running rough.

For most cars, the price of one fuel injector will set you back approximately $100 to $300.

Multiply that by the number of cylinders, and you will have a rough idea of how much it will cost for your car.

The total cost can easily exceed $2000, depending on the car model and the engine size.

The labor rate also varies depending on where you take your car, as well as where you live. In general, a fuel injector replacement should take 1 to 2 hours.

This is also the reason why flushing the injectors is a good option. A flush can cost as little as $10 if you do it yourself or $50 to $70 if you let a professional do it.

The purpose of fuel injectors is to introduce fuel into the combustion chamber in a controlled and synchronized manner.

A faulty fuel injector can stop providing fuel or inject too much or too little. Whatever the case, you will usually be able to notice a few signs and symptoms.

Many of the signs and symptoms are similar to other problems, such as bad air/fuel filters, spark plugs, and more. This makes it a bit harder to diagnose the cause.

One fuel injector costs an average of $200. As they should all be replaced at the same time, you can multiply the number of cylinders by the price of the injector.

For example, if a car has four cylinders (hence four fuel injectors), the average cost would be $200 x 4 = $800 in parts alone. Replacing them takes around 1 to 2 hours.

On the other hand, a fuel injector flush will set you back $50 if you take it to a professional. Keep in mind that this will only solve the problem in very specific circumstances. 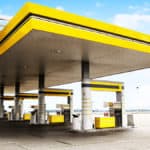 Which Gas Stations Have The Best Quality Gas?