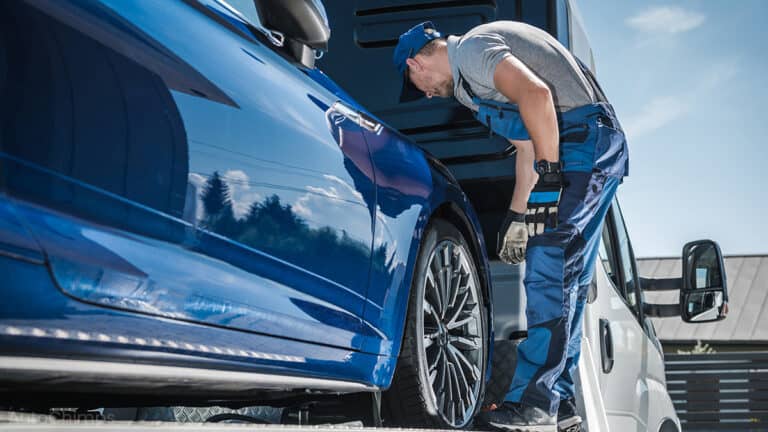 Auto lenders usually flag cars for repossession once loan payments fall 90 days behind. This means a “repo” man (or woman) will be on the prowl with a tow truck to legally take the vehicle, hold it for 30 days, and then auction it off.

Well, desperate times call for desperate measures. If you haven’t already, you might consider hiding your car from the repo man. Not forever, clearly, just long enough to get caught up.

Can you hide your car to avoid repossession?

Yes, hiding your car from the repo guy is a simple and effective way to avoid repossession in the short term. Yet even though you can doesn’t mean you should. Repo men are trained professionals who know all the tricks.

Sure, you might be able to hide your car for a bit but leave it in a parking lot for 15 minutes, and it may disappear.

Repo men don’t give up and rarely sleep (presumably). Plus, the longer it takes for “the hook” to locate the vehicle, the higher the late fees will be.

While you might not go to jail for hiding your car to avoid repossession, you’ll unlikely be buying another on credit again soon.

Fear not, for in this guide, I’ll reveal the best ways to hide a car from the repo guy. I’ll also answer some frequently asked questions (FAQs) about car repossession, including:

Note: This guide does not encourage hiding your car to avoid repossession. Instead, it’s meant to ensure your efforts are fruitful and buy you more time to get the loan current.

Best Ways To Hide Your Car From The Repo Guy

1. Lock The Vehicle In A Garage Or Gated Compound

A repo man cannot legally repossess your vehicle if it’s locked in an enclosure. A garage will suffice, but don’t leave the door unattended and open for too long. There are far too many examples of crafty repo men on social media.

If you don’t have a garage or dislike the feeling of having your home watched, a nearby gated compound also works if you “know a guy.”

Tracking a vehicle is easy and can even be done on a smartphone.

While it’s unlikely your car is bugged, it probably has a built-in GPS system the repo man can use to locate it.

Some examples include LoJack, OnStar, and any other manufacturer-specific GPS service. If you’re hiding from the repo guy, cancel any subscriptions and consider removing the physical transmitter box.

3. Exchange Cars With A Friend

Another of the best ways to hide a car from a repo guy is to trade with a friend. This works best when that friend lives in another state, so it’s harder to track.

Make sure you don’t swap with someone who’s also dodging repossession. Repo guys often scan the plates of any cars they see while scouting a property, so you may both get caught.

As for how to outright stop the repo man from taking your car, you could sell it, provided you find a buyer to pay what’s owed.

Lenders will not stop the repossession process or release a vehicle’s title to someone else if there’s a loan balance. Remember, you must also pay any incurred repossession fees before selling the car.

How Long Will A Repo Man Look For A Car?

Lenders usually give repo companies 30 days to return vehicles before pursuing legal action.
This doesn’t mean they stop searching, but now they might try to charge you with theft, so repo guys and police might be hunting for you.

Can You Get A Repossessed Car Back?

Bigger banks often require loans be paid in full, including any repo costs, once the process has begun.
Local banks or in-house lenders may be more receptive to returning a repossessed car. Just know it likely involves making a sizeable payment.

How Long Does A Repossession Stay On Your Credit?

A car repo will stay on your credit report for seven years. Once removed, dealers and lenders will not see that you previously had a vehicle repossessed.
One exclusion to this rule is if you’re applying for a loan at the same lender as the repo.

Should You Hide Your Vehicle From The Repo Man?

If you cannot pay your auto loan current, it’s better to “voluntarily surrender” the vehicle than have it taken. Not only will you avoid repossession fees, but the lender might negotiate to avoid the repo entirely.

So, should you hide your vehicle from the repo man? Probably not, but it can be an effective short-term loophole for buying some time until payday. 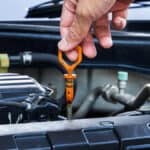 What Does TLC Mean For Cars?