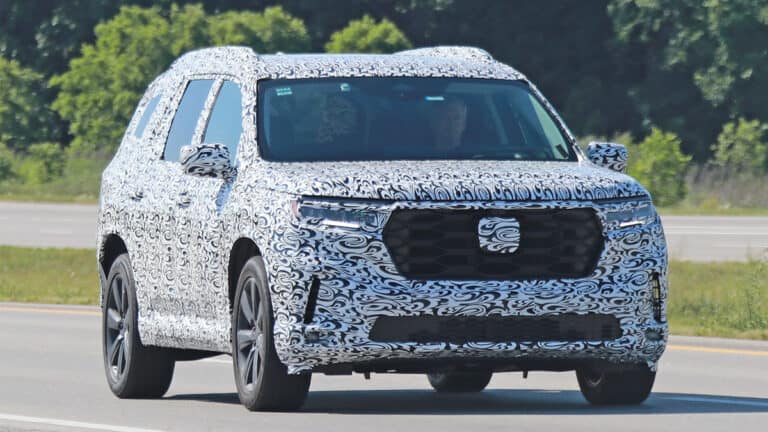 The 2023 Honda Pilot is expected to be released in late 2022 and will come with some big changes.

Honda has entirely redesigned the Pilot, and they have provided some teaser images showing a few of these changes.

Unfortunately, they have not released any full photos yet, so we will have to wait to see all of the changes. Since the last major update of the Honda pilot was in 2015, there will likely be some significant changes ahead.

Now, we will share everything we know about the 2023 Honda Pilot.

Honda has not set an official release date for the Honda Pilot, but it will probably be in late fall 2022. This means it will likely go on sale in early 2023.

When the Honda Pilot is released, it should come with some exciting new features.

Honda has only confirmed that there will be a TrailSport trim level. However, there will likely be other trim levels, as well.

The prices for the other trim levels will probably stay in line with their 2022 models as well, so they could go over $50,000.

Honda has not provided a lot of details about the new Pilot.

However, Honda has stated that it will have a powerful V-6 engine and a more rugged frame, and these changes should improve its handling.

It will also have an off-road-tuned suspension system, which should help provide the comfortable ride for which the Honda Pilot is known and be an exciting addition for anyone wanting to take the Pilot off-road.

We also anticipate the 2023 Honda Pilot will have a three-terrain available AWD, which will further expand its off-road capability.

Honda hasn’t stated the estimated MPG of the Pilot. But the 2022 Pilot had an estimated 20/27 MPG, and the 2023 model will likely get better mileage.

Honda hasn’t released any full photos of the Honda Pilot or provided many details about the exterior or interior of the vehicle. But they have released some teaser photos showing part of the exterior, and these are enough to show some of the changes.

The teaser photos show a much more rugged model this year rather than the previous minivan styling. Honda has announced it will feature all-terrain tires and skid plates, which certainly fit in with the more rugged look.

It will also have a more prominent grille and squared headlights, which make it look more modern as well.

In addition, the roof will tilt toward the back. Yet, it will still be flatter than the previous model, making carrying equipment on the roof easier.

Unlike the exterior, there have been no photos released of the interior. Still, the Pilot is expected to have three rows of seats as in the previous model. Although, there will probably be additional legroom.

We also think the Pilot will have an upgraded infotainment system along with a larger trunk for more carrying capacity.

The 2023 Honda Pilot will likely be launched soon. So, Honda may not be providing any additional details before the release.

But, considering Honda completely redesigned the 2023 Pilot, we are anxious to find out more about it. So, if Honda releases any more details about the Pilot, we will be sure to share them with you. 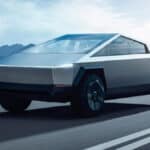