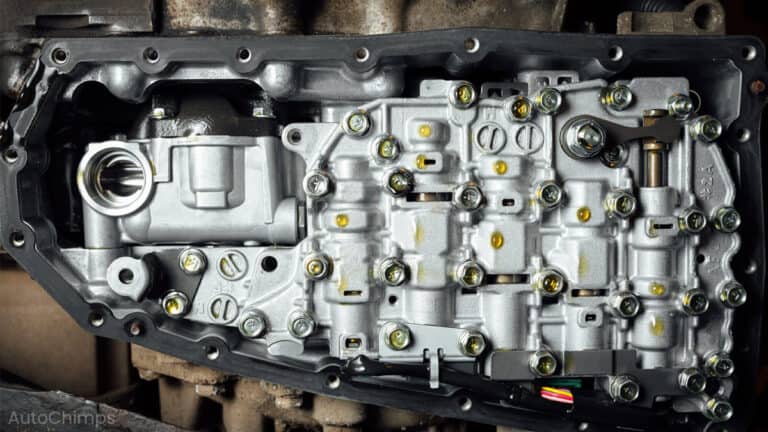 Not everyone is excited about the emergence of CVTs. Traditionally, many passenger car versions have been noisy and lackluster. Some still are. But when they’re done right, they’re brilliant.

To those people, remember: CVTs were banned in Formula 1 when Williams developed one in 1993. They were considered too good – too much of an advantage.

That’s about as high a level of praise as an automotive component can get.

As technology advances and we see it in more and more real-world applications, CVTs might become very common. It’s worth getting used to them.

Learning how a CVT works is an essential first step.

How Does A CVT Transmission Work?

There are a few different types of CVT. The Pulley-And-V-Belt type is most often used (the first one below). However, you should also know about toroidal applications. Finally, some vehicles (but mostly fleet models) can be found with hydrostatic CVTs.

Note that automotive CVTs for passenger cars are usually paired with a hybrid powertrain. You’ll often see electric motors and batteries paired with the gasoline engine.

This is because, while CVTs have a lot of benefits, most can’t send much torque to the wheels. An electric system helps with this, providing instant rotational force to the wheels and helping the CVT out.

Visualizing a CVT is easiest in a video. Check out this one above. It shows a simple CVT on a scooter.

This example is the most common type of CVT, a Pulley-And-V-Belt model. Creative.

A CVT is a surprisingly simple piece of kit. It has far fewer moving parts than a traditional automatic transmission.

One of these pulleys is the input from the engine. It’s usually the higher one. The other lower pulley is the output, sending a rotational force to the wheels.

As the conical pulley sheaves move in and out, the chain belt rises up or drops down the “cone” shape. Thus, the car can alter the gear ratio by moving the pulley sheaves to any lateral position.

The V-Belt isn’t flexible. For that reason, both pulley sheaves must be adjusted at the same time and at the same rate.

The pulley sheaves are adjusted with an oil pressure system in most cars. In turn, this is controlled and modified by the ECU.

Collectively, these two pulleys and the connecting belt make up the CVT. Without accounting for all the electronics and mechanical motions, that’s it.

Next to an automatic transmission with its seemingly infinite supply of gears and clutches, a V-Belt CVT is as basic as it gets.

Toroidal CVTs vary their input/output ratios using discs and power rollers. There are no belts or pulleys involved here.

A disc sits on the end of the input shaft (from the engine). It sits opposite the output shaft (which also has a disc on it).

These discs aren’t flat. Think of them as a symmetrical mountain getting steadily steeper as you climb higher.

Toroidal (torus-shaped) rollers sit in between these two discs. By altering the angles of these rollers, you end up with constantly varying outputs relative to engine speed.

For example, tilting the roller to connect with the input disc’s central tip means transferring power to the outside of the output disc. This will result in less speed but more torque and functions as a low gear.

The reverse is also true. The output disc’s speed will increase when the roller tilts back and rotates with the outside of the input disc. You’ll have less torque but far more speed, the equivalent of your car’s highest gear.

When the rollers are flat – precisely in the middle of both discs – the wheel speed will match the engine speed. This is known as direct drive and is usually fourth, fifth, or sixth in a mechanical transmission.

Toroidal CVTs are a little more complicated. The mechanism for altering the roller position tends to require more mechanical input.

Unlike V-Belt and toroidal models, a hydrostatic CVT doesn’t use friction to transfer power. Instead, it combines the robustness of a traditional automatic with a CVT’s variableness.

The hydrostatic motor is powered by this hydraulic fluid. The motor then directly drives the wheels (at low speeds).

Hydrostatic systems are second-to-none at low speeds and in low-power applications. That’s why they’re usually found on fleet/agricultural equipment like tractors, lawnmowers, and FLTs (forklift trucks).

Because of this, CVT manufacturers sometimes combine hydrostatic CVTs with a gear system.

Why Do Cars Have CVTs?

Manufacturers are piling money into CVTs – in particular, Toyota and Honda. Subaru, Audi, BMW, Nissan, and Hyundai are also investing in the technology.

There are several benefits to CVTs (no matter which type). These include:

Are There Any Major Problems With CVTs?

The technology is evolving fairly rapidly, but CVTs aren’t yet perfect.

Most problems aren’t unique to CVTs (despite what you’ll read on the internet). Low transmission fluid/oil will cause an issue with any component. Automatics are just as susceptible to this as CVTs.

For now, the main problem is probably customer skepticism. Many people associate the CVT with the dreadful drone of old Toyota Priuses and Hondas.

It won’t change overnight. But as CVTs become more popular, we can expect to see more of them on the roads. People will gradually start buying into them.

As mentioned, they aren’t perfect. But technology is growing and changing all the time. If a high-torque, high-efficiency model can be created, it’ll be on the market in no time.

Buying A Car With A CVT

Should you buy a car with a CVT? Well, that’s up to you. Weigh up the pros and cons.

Currently, a hybrid car with a CVT is probably more suited to city drivers. That might change with time, though.

Cheaper cars don’t have quite so good CVTs, in general. For example, the Toyota Prius still makes quite a noise (although it’s the engine you’re hearing, not the CVT). 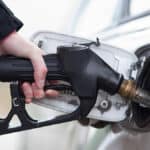 What Happens If You Put Gasoline In A Diesel Engine?