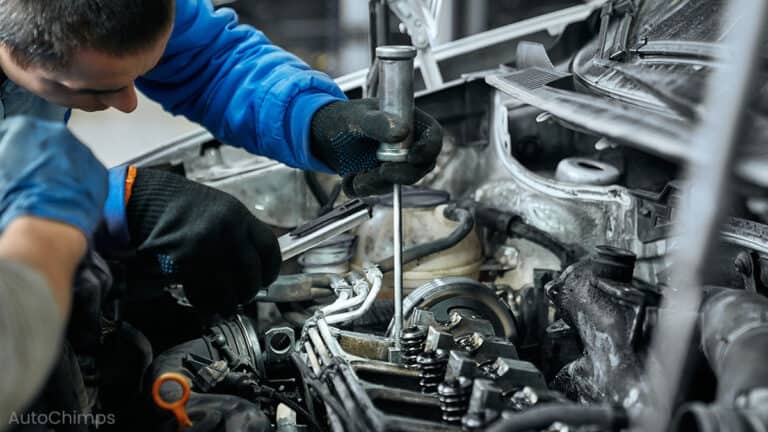 If you’ve started reading this guide, you’re probably wondering how many sparks plugs a diesel engine has.

A diesel engine has no spark plugs.

The air/fuel mixture – whether gasoline or diesel – ignites within the cylinder, instigating the power stroke and creating the engine’s output. However, while gas (or petrol) engines use a spark plug, diesel motors function quite differently.

You may also be confusing the term spark plugs with glow plugs. These are found in diesel engines (and not in gas) but serve a completely separate function to spark plugs.

This guide will explore the difference between diesel and gasoline (petrol) and how their engines operate.

As a result, you’ll see why diesel engines don’t have any spark plugs.

What’s The Difference Between Diesel And Gasoline?

Both diesel and gasoline (known throughout the rest of the world as petrol) are fuels refined from crude oil.

You can also get hold of biodiesel, which is distilled from biomass.

Crude oil (or mineral oil) is essentially a big black soup of hydrocarbon chains. It’s pulled out of the ground using fracking – a process vital to the world’s economies but also deeply environmentally damaging.

Gasoline is made of a combination of alkanes and cycloalkanes. These have between five and twelve carbon atoms in their chains. Diesel, however, contains only alkanes with more than twelve carbon atoms. Diesel has a considerably higher boiling point than petrol.

During the refining process, the crude oil is heated.

This sends the less dense hydrocarbons (like gas) to the top (remember learning about hot water convection in school, anyone?) and the “heavier” ones to the bottom (such as diesel). They can then be filtered and extracted from the refinery into their respective fuels.

It’s technically easier to refine diesel than gas. However, it must go through a more comprehensive filtration system to remove the many particulate pollutants. These are more damaging to a person breathing in the exhaust fumes than gasoline emissions.

Did you know: diesel and gasoline are both hydrocarbon products. Refineries can use techniques like cracking and alteration to convert diesel into gas (and vice versa) whenever they like to meet market demand. Clever!

How Do Diesel Engines Work vs. Gasoline Engines?

Both diesel and gasoline models are internal combustion engines and thus follow very similar processes. The four-stroke suck, squeeze, bang, and blow process happens in each.

In a gasoline engine, the fuel mixes with the air. Depending on the specific type, this happens either in the cylinder itself (direct injection) or before (indirect injection). With the oxygen and fuel combined, a source of ignition is needed to combust the mixture: a spark from the spark plug.

Diesel engines operate similarly. These always utilize direct injection – the fuel is inserted straight into the combustion chamber and mixes with the air here. However, a spark isn’t powerful enough to ignite diesel – it’s much less flammable than gas (although, let’s be clear, it’s still flammable and a potential hazard).

Instead of a spark, the mixture of air and diesel is compressed by the piston. It’s actually squeezed so powerfully that the combined oxygen and fuel ignite due to extreme pressure.

Increasing pressure increases temperature (by the very nature of physics – there’s no point getting into it here, but it’s the same principle as to how pressure cookers work). No spark plugs are needed in a diesel engine.

The compression ratio of a diesel engine is so high (between 15:1 and 22:1) that the air/fuel mixture combusts, creating the power stroke. In comparison, gasoline engines tend to have a compression ratio between 10:1 and 13.5:1.

What Are Glow Plugs In A Diesel Engine?

When writing “spark plugs,” glow plugs may have really been on your mind.

Glow plugs are heating filaments. They get very hot very quickly and are connected to the car’s electrical system. They warm the incoming air and fuel between the piston head and cylinder when you turn the key. That’s why there’s always a pause before a diesel engine starts.

So, why do diesel cars need glow plugs? The fuel combusts after intense compression levels superheat it. When it’s a cold day, the metal of the engine block absorbs this heat away from the cylinder before it can ignite. Thus, the engine won’t start.

By warming this air and fuel up, it gets hot enough to ignite, allowing the engine to start and run under its own momentum.

Did you know: they’re called glow plugs because they get so hot that they glow?

Which Is More Fuel Efficient? Diesel Or Gasoline?

Diesel is more fuel-efficient than gas because it has a greater expansion ratio: the volume it occupies just before ignition is much smaller than the space it then creates. It’s technically an inherently lean combustion process, meaning there’s a lot of air per unit of fuel.

However, the direct injection process means the fuel and air don’t mix efficiently, leading to locally rich burns within the chamber and, therefore, more pollutants.

That shouldn’t take away from how much more fuel-efficient diesel is than gas. Depending on the specific engines, you can generally expect about 20% to 30% greater mileage in a diesel car.

On the face of it, this is great. However, there are many more factors at play that should influence your decision to go diesel.

In the end, despite the remarkable advances in diesel power, we’re unlikely to see many new diesel cars.

The reality is that EVs can do everything diesels do and more. As battery technology and EV range continue to advance, we’ll almost certainly see diesel disappear into history as a nearly fantastic long-term idea.

In the meantime, second-hand diesel cars are currently much cheaper than electric vehicles.

However, unless you’re doing a lot of highway driving, it’s unlikely to be too different from gasoline. 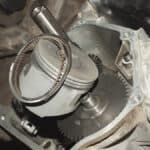