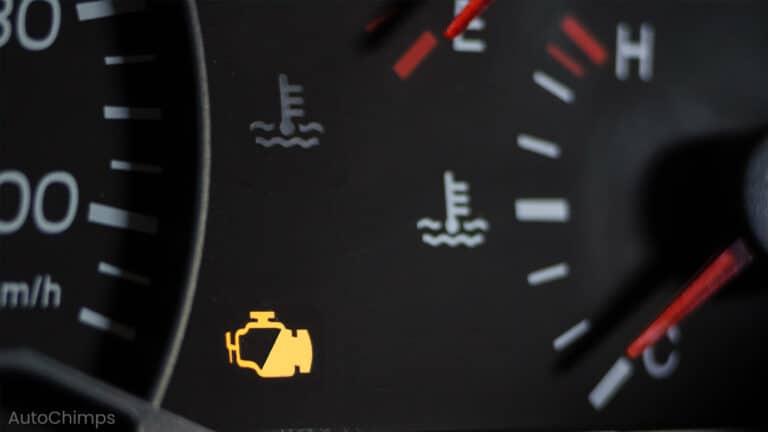 Limp mode protects your engine and transmission from potential damage that may be caused.

It is mainly recognized by the dashboard light (sometimes shown as the check engine light) and limits the car’s capability.

The car will feel unorthodox to drive, limiting the RPMs, gears, and, consequently, speed.

If limp mode engages, there is a problem that the car interprets as being very serious. It is, therefore, essential to fix the issue as soon as possible to protect the car from any type of damage.

Limp mode is implemented so you can drive to the nearest appropriate stop, either at a service shop nearby or where you can park the car, ideally at your usual parking.

This guide will cover everything you need to know about the limp mode, including the variety of causes, how to fix them, and the cost.

Here is all you need to know about limp mode!

What Is Limp Mode?

Limp mode is a safety mechanism your car uses when it detects a problem with the engine, the transmission, or both.

It engages the safety mechanism by electronically limiting the car’s power output by restricting the throttle and the gears in an automatic car.

It is always accompanied by a check engine light or a “limp mode” light on the dashboard.

The symptoms of limp mode are specific depending on the car manufacturer. However, they all have in common that it limits the car’s power output.

To what extent it is limited depends on the manufacturer and the car. The idea is to restrict the vehicle to the extent that any damage to the engine or transmission is minimized or, at best, avoided.

Some cars also limit other functions, such as the radio and air conditioning, but this is not a general rule.

Many things may trigger limp mode. Usually, the cause is something serious that should be addressed as soon as possible, but it may disappear by itself without reappearing.

Simply put, the car engages limp mode when it senses a compromised critical function (or sensor).

In many cases, limp mode can engage due to a defective sensor, but the cause may be a real threat, as in a mechanical failure of an engine or transmission component.

The car has a system where it can warn about problems by illuminating a light on the dashboard. In most cases, these lights are important, but it does not risk mechanically damaging the engine.

If there is a sensor critical for the car’s function, such as the manifold absolute pressure, limp mode will immediately be engaged.

If a sensor is bad, it is more of a “false alarm,” as there is nothing directly dangerous to the transmission or the engine.

In other words, the ECU has only read an abnormal reading from the defective sensor without any real danger.

There are a variety of sensors that can go bad and cause limp mode, and until you thoroughly diagnose the issue, there is no way of knowing if something is truly serious or not.

A sensor can go bad due to a variety of reasons. It may simply have given up as it has reached its lifespan, there may have been some error when installing it, or the wires may have gone bad.

Whatever the reason, it is crucial to investigate the sensor itself before working on a more expensive part.

Replacing a sensor is usually not very costly, and it is definitely cheaper than replacing the part that the sensor indicates is bad.

Most sensors are easy to access and most commonly cost under $100, but some sensors may cost a bit more.

Due to the ease of access, replacing sensors is not very labor-intensive, so it should not be much more expensive to let a mechanic do the work (unless it is in a dealership).

The transmission has many sensors itself. Unfortunately, the sensor may not be the problem but a mechanical transmission failure.

If you have noticed slipping, which means that the transmission cannot connect to the engine appropriately, only to now engage limp mode, there is probably transmission failure.

Other symptoms that may precede transmission failure are weird noises from the transmission or noticing fluid dripping under the car.

As the transmission is highly complex machinery, especially the automatic ones, they also cost quite a lot to replace.

Even though the limp mode protects the transmission by limiting the RPMs and preventing higher gear from engaging, your transmission may still be in danger.

Therefore, if you suspect the transmission has gone bad due to the previously mentioned indications, it would be optimal to stop the car as soon as possible and transport it with a tow truck.

On the other hand, if it turns out that the transmission is due for a replacement, the price will be much higher.

A new transmission can cost anywhere from $2000 to $4000 on most cars, but in some cases replacing just a part of the transmission is possible, but it is labor-intensive.

This means that you should count on spending at least $1000 for parts and labor if it turns out that something is in the transmission housing.

If the problem is not in the sensor or transmission, there are various issues that may cause limp mode. However, they are not usual.

For example, if your car keeps misfiring, limp mode may engage. As misfires have a variety of causes, so will the limp mode.

If there are misfires, a check engine light will usually illuminate, which will throw a code that will specify in which cylinder the misfire has happened.

This plays a vital role as it makes it easier to diagnose the problem; in this case, examining the spark plug and ignition coil of the cylinder would be wise, and everything else related to it.

If the code shows a problem with fuel delivery, checking the fuel pump, filter and injector could solve the problem.

How To Reset Limp Mode

It is possible to reset limp mode and make the car work normally again by shutting the car off and turning it back.

This does not always work, as the limp mode may be caused when a sensor reading is already abnormal at the start.

Other times, limp mode engages when sensor values are too high or show abnormal values when driving, reaching a certain RPM, or doing something specific such as accelerating hard.

If the limp mode comes and goes, there may be some wiring issues, making a sensor dysfunctional due to a loose wire or similar.

How To Diagnose Limp Mode

Diagnosing limp mode is best done with an OBD2 scanner or reader, as it will indicate where the problem lies.

In the best of situations, it will precisely pinpoint the problem to a sensor. Other times, there will only be a more general code that shows approximately where the problem lies.

The code may, for example, point to a fault in the transmission but does not specify where exactly the problem lies.

If this is the case, you should first check all the sensors, even if they are not specified. If you do not find something unusual, such as wiring problems, the only thing to do is repair or replace the part.

Limp mode is a safety mechanism your car engages when it senses something is wrong.

It does so by limiting the speed, the gear as well as the RPM of the engine. This means that the car won’t let you accelerate fully, even if you put the pedal to the metal.

In most cases, sensor issues cause limp mode, which is favorable because there is no direct danger to your car’s engine or transmission.

However, you can never be sure that the sensor is the culprit before thoroughly investigating the issue. Therefore, make sure to get to a safe place as soon as possible and diagnose the problem.

When the issue is more serious, the car’s transmission is most commonly the issue. As it is an essential part of the car (and expensive), you should stop as soon as possible.

If you have noticed symptoms previously, such as gear slipping, or trouble changing gears, there is a risk that the problem has now caused the car to go to limp mode.

The cost of fixing limp mode varies depending on the cause. Sometimes all you must do is refill the transmission fluid, which costs $100 to $250; the same goes with most new sensors.

If the transmission has gone bad and is due for a replacement, the cost will be in the thousands.

Sometimes, it is enough to replace a part of the transmission, but that is very labor-intensive, making the price go toward $1000 or even more. 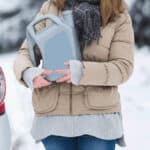