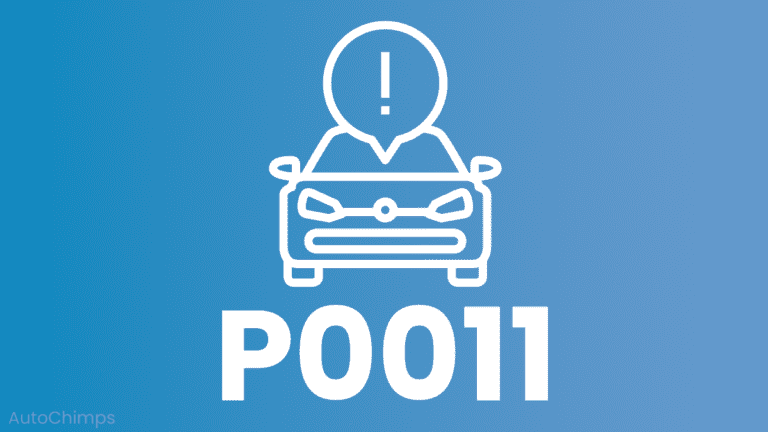 A P0011 code indicates that the camshaft timing is not functioning properly.

This can be detrimental to your engine if you keep it running, therefore, if you notice code P0011, do not start your engine until you fix the problem.

There is no need to panic, though, you will find all the information regarding the fault, including what can cause a P0011 code, potential symptoms that come with it, fixes, and more.

Find out all about the P0011 code down below!

The generic meaning for the P0011 code is “A” Camshaft Timing Over Advanced (Bank 1).

This may initially be a bit hard to make sense of, but it basically means that there is a problem in the variable valve timing process, which is related to the camshaft.

Here is a more elaborated and educative explanation:

The camshaft opens and closes the intake and exhaust valves, respectively, to provide the combustion chamber with air (and sometimes fuel) and expel the remaining gases after combustion.

Depending on the engine speed, a variable valve timing mechanism will adjust when the valves are opening and closing to optimize the performance of the engine and/or fuel economy.

A P0011 code indicates a problem in the system, specifically in camshaft A at Bank 1.

Camshaft A denotes that it is the camshaft controlling the intake valve that is causing this error.

The bank of an engine helps us orient which side of the engine is affected. In short, bank 1 is the side where the first cylinder is located.

We have previously mentioned how to recognize cylinder number one and figure out where exactly bank 1 is in our article “Bank 1 vs. Bank 2”, which may come in handy in this case as well.

The best thing to do is to not drive the car until you have figured out the problem or at least the extent of it.

If you hear abnormal sounds such as clicking or knocking noises, it is better to shut off the engine and get a professional to check out the problem as soon as possible.

If the valves work well (i.e., they’re opening and closing), you will probably be fine driving the car to the mechanic, but be careful and do not accelerate aggressively or keep the RPMs high.

As the P0011 code indicates a problem with the camshaft timing, there are many potential symptoms that can present themselves.

On the other hand, the only symptom present may be the check engine light.

The check engine light will always show, but other symptoms may also be noticed, such as rough idle, difficulty starting the car, stalling, engine misfires, and a variety of noises.

The symptoms play an important role in diagnosing the issue, as each can hint at the main cause of the problem and how to fix it.

Below are the most common symptoms that may be present. We will also go through what each symptom indicates and if the problem can be further narrowed down.

A fairly common symptom that is related to any type of camshaft symptom is a rough idle. Albeit not exclusive to camshaft problems, a P0011 code will most likely cause rough idling.

As this symptom is very common, it does not help very much in figuring out the cause of the faulty valve timing.

If you notice this symptom, do not try to drive the car, but shut it off and get down to the cause of the problems by following this article.

A car with camshaft problems that is difficult to start or abruptly stalls, either when stationary or driving, is a cause for concern.

As the camshaft regulates the intake valve, the engine does not get enough air for it to combust, leading to a stall.

This is a more serious aspect of a P0011 code, and no attempt should be done to quickly bypass the stall by pushing the gas pedal to prevent the stall or something alike.

You should not let the time pass so much that you notice that your car is getting a worse fuel mileage than usual when a P0011 code is present, as you are running the risk of damaging the valvetrain.

However, it may be possible that you notice that your trip computer presents the current fuel consumption higher than usual or that the RPMs are not within the normal interval in relation to your driving.

There are a few potential culprits that will cause a P0011 code; these include a faulty camshaft tensioner, a bad VVT solenoid, bad engine oil, and more.

In most cases, the problem is with the Variable Valve Timing (VVT) solenoid or with contaminated/low engine oil.

To make it easier to tackle the problem, we have listed the most common causes below.

Without going into too much detail, the variable valve timing solenoid is a critical part of the VVT system as it dictates the oil flow depending on the speed of the engine.

The oil is what makes the camshaft able to accommodate the timing, so it is not only for lubricating and cooling the engine.

If the VVT solenoid is the culprit, it must be replaced. Each solenoid differs in price depending on the compatibility of the specific car model and quality.

In most instances, you can find a VVT solenoid for $40 to $100, and it would take around two hours to get it fixed, which gives a total of about $300 with parts and labor, but it depends on a variety of factors.

As noted with the solenoid, the engine oil plays a critical role in the VVT system.

It is very possible that the P0011 code came up due to low engine oil, making the VVT system ineffective.

If this is the case, all you have to do is check the oil level and fill it up to an appropriate level.

If it turns out that the problem is with the oil level, it is a simple and easy fix. However, make sure that there is no oil leak or contamination, as that may be a cause for a variety of serious problems.

It goes without saying that the engine oil should be regularly changed according to the car manufacturer’s guidelines, and only use oil that is appropriate for your engine.

In theory, anything that affects the oil and the oil pressure can be the culprit here.

A car that has not been well-maintained risks having a “stretched” timing chain, which means that the integrity of the chain has been lost.

If the problem lies in the timing chain, a replacement will cost around $100 to $200 when it comes to parts, while the labor cost is significantly higher as it is relatively labor-intensive (4-5 hours).

A stretched timing chain will produce a characteristic rattling noise. 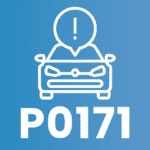