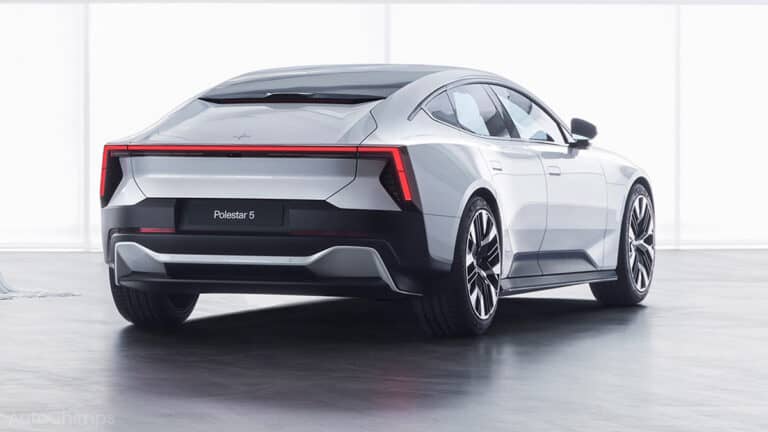 The Polestar 5 is the final of three models Polestar will launch from their 3-year program in which one model is launched each consecutive year until 2024.

By bringing Polestar 5 to the fleet, the company will offer the most popular car types – a performance-focused coupe, a crossover, an SUV, a sportier SUV, and, of course, a sedan.

Polestar 5 is the production version of the Polestar Precept, a beautiful 4-door GT that will be the company’s flagship model, reflecting their vision of how an electric vehicle should be.

While it may seem that 2024 is far away, Polestar has not been shy of sharing its excitement for the Polestar Precept and Polestar 5, releasing batches of information and teasers.

In fact, the Polestar 5 prototype was revealed at this year’s Goodwood Festival of Speed, in which we got a greater insight into the design of Polestar 5, as well as the specs.

With information coming from different channels, we are dedicated to gathering all relevant information about the Polestar 5 in this news piece, including the price, specs, and all the latest news.

Here is everything we know so far about Polestar 5.

Polestar plans to launch one model each year, for a total of three models, until 2024.

As Polestar 3 is being launched in October this year, and Polestar 4 the year after that, the Polestar 5 will most probably be launched in late 2024.

This resonates well with what Thomas Ingenlath, the CEO of Polestar, has said regarding the vision to expand the EV portfolio and aspire to make a climate-neutral car by 2030.

As the Polestar 5 is set to launch in 2024, it is very tricky to put a price on the car, even if it is speculative.

Considering that the car is the flagship model of the Polestar brand, it will more than likely have state-of-the-art technology.

This may include not only technology, such as driving assistance and safety innovations but also structural improvements, such as the bonded aluminum unibody (more about that later).

The development cost is not the only factor dictating the price of the Polestar 5.

The general economic situation in the world, a possible chip shortage, the supply chain, and more factors all contribute to the price.

It is hard to estimate how much the Polestar 5 will cost, but it should be somewhere around or perhaps a bit lower than the upcoming premium German competitors.

If it were available today, it would probably cost around $100,000, just like the Tesla Model S.

The Polestar 5 is still in the prototype phase, so we may only know what numbers and specifications Polestar aspire to have for its flagship model.

Luckily for us, Polestar decided to give us valuable information at the Goodwood Festival of Speed, something quite unusual considering how early it is in its development.

To be precise, we saw the main design features as the Polestar 5 prototype ran down the road at the festival (video further down in the article).

Other news included details of the drivetrain, power, and torque output. Namely, the Polestar 5 will be powered by 800-volt dual motors bringing 884 hp and 663 lb-ft of torque in total.

While they did not specify each motor specifically, they did admit that the rear motor was the more powerful one.

Nevertheless, it is to be expected that the Polestar 5 will at least parry the performance of current EVs in the market today, especially the current Polestar models.

This translates to a range of over 500 miles on one charge, a dual-motor drivetrain, improved autonomous driving capabilities, and more.

The Polestar Precept uses eye-tracking technology for the infotainment system as well as the dashboard, including the speedometer and other data that can be seen.

Polestar calls this “Human-Machine Interface” or “HMI” for short.

The technology aims to prevent distractions and information overload by dimming the screens that are not looked at and brightening when looking at any screen.

Polestar will also use a bonded aluminum unibody, making the car lighter while still being rigid enough for safety. Oh, and it is recyclable, of course.

The prototype of Polestar 5, called the Precept, has been elaborately discussed, with the Polestar team creating several types of content showing the process of making the Precept.

They have created a mini-series called Polestar Precept: “From Concept to Car,” which shows the development of the Polestar 5 prototype, from the interior design to the vision of the car.

As it is the prototype of the Polestar 5, it will borrow much of the design and features for the final production car.

Even though it is common for a prototype to deviate greatly from the finished product, the Polestar Precept seems to have a realistic approach, enabling the design to be implemented in Polestar 5.

The design heavily resembles the Polestar Precept, but a few details differ from the Precept we have seen published by Polestar, such as the so-called suicide doors being replaced by conventional doors.

The exterior design shows a sleek, aerodynamic design with four doors, a panoramic roof, and revised Thor headlights that have split into two.

The interior design of the Precept consists of a vertical screen in the middle of the dashboard and a horizontal screen behind the steering wheel.

Following the vision of having a climate-neutral car by 2030, the interior of the Precept is made from recycled material.

The seat fabric is made from recycled PET bottles, while the carpets are made from Nylon 6, which is made from leftover fish nets.

While we do not know if this will be offered to the Polestar 5 interior, an eco-friendlier option for the interior will most probably be available.

The Goodwood Festival of Speed showed us a good insight into the design, which indeed goes hand in hand with the patent images as well as the inspiration from Polestar Precept.

Take a look to see how the Polestar 5 prototype behaved at the hill climb in the Goodwood Festival of Speed:

Polestar has been quite transparent with the Polestar 5 and its prototype, even though the launch is planned for 2024.

Still, to this day, Polestar comes with new information. The latest news came at the Goodwood Festival of Speed.

Polestar decided to show the Polestar 5 prototype, which is very early in its development as it is to be released in two years or more.

It is very unusual for an established company such as Polestar to show an early prototype as they did with the Polestar 5.

The famous hill climb at Goodwood showed us the design of the Polestar 5 prototype, and, as expected, it was fairly camouflaged with many features waiting to be added, such as lights.

As time goes by, more will be known about the Precept and the Polestar 5, and you can be sure that everything will be covered here as soon as any new news arrives! 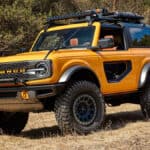