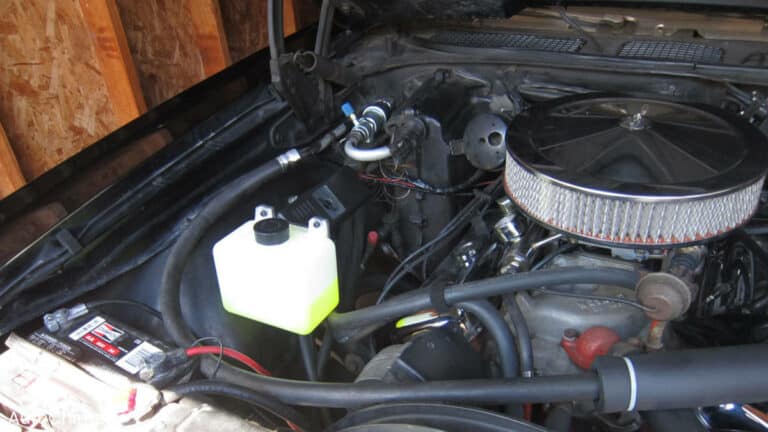 The radiator cools the engine efficiently with the help of the coolant fluid, however, there is one part people don’t think of when talking about the cooling system – the overflow tank.

The radiator overflow tank, also known as the reservoir tank, stores any excess coolant in the system that has formed due to increased pressure in the closed system.

In this guide, we will go through the details of how a radiator coolant overflow tank works and its role in cooling the engine.

Related:What Is The Difference Between Green & Orange Coolant?

Why Is A Coolant Overflow Tank Needed?

Before we get into how the radiator coolant overflow tank works, it will be of great benefit to know why one is needed.

The most important thing to consider is that the cooling system of a car is a closed system. This means that no fluid is getting in or out of the system (unless there is a leak).

Due to the heat produced by the engine, the pressure of the system will increase.

The overflow tank combats this as it maintains the optimal pressure for the system to work while keeping the excess fluid (pressure) to later be returned when the engine cools down.

Without an overflow tank, the pressure would risk destroying the whole system, leading to potentially expensive repairs.

So how does a coolant overflow tank manage this? The short answer is “cool physics.”

A more detailed answer is described below.

How Does A Overflow Reservoir Work?

Keeping in mind the points mentioned above, we know that there is a closed system in question with fluid inside that is subject to heat.

The radiator, through which the coolant is pumped, has a pressure cap on top that plays a vital part in the overflow tank mechanism.

When the pressure rises, it will push the pressure cap (hence the name), sending the “excess” coolant to the overflow reservoir tank.

In other words, the pressure created by the heat will be regulated by moving the coolant to the overflow tank.

This begs the question, what about when the heat dissipates and the pressure lowers? In that case, the overflow reservoir will send back the coolant to the active coolant system.

When the engine is cooler, instead of the pressure pushing the fluid (due to the heat), a vacuum will be made, pulling the coolant back into the active cooling system.

The radiator coolant overflow reservoir is important to regulate the pressure that is produced due to the heat from the engine.

It does so by a pressure-sensitive on the radiator valve that sends it to the overflow tank. When the engine is cooled, a vacuum is made that sends the coolant back to the radiator and the system. 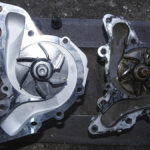 Symptoms Of A Bad Water Pump And Replacement Cost