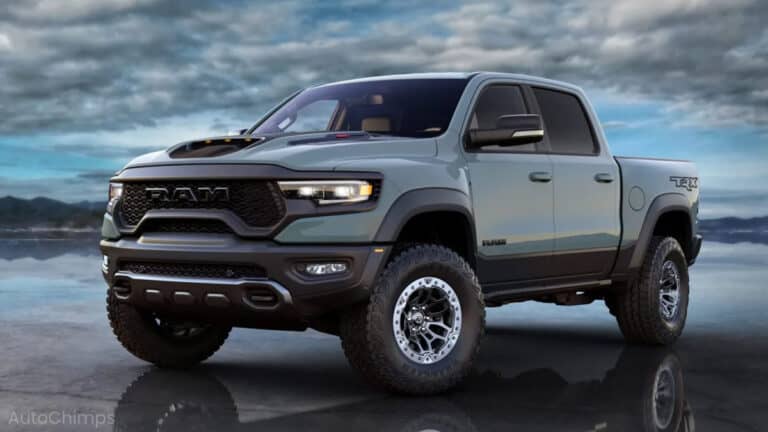 Stellantis plans to release an all-electric Ram 1500 truck in 2024 as part of its goal to increase its sales of battery-electric vehicles. The new EV comes on the heels of its competitors, who have recently released models, such as the Rivian R1T and the GMC Hummer EV.

The truck will be the first all-electric version of the company’s half-ton pickup. Although Ram will release the truck in 2024, it will likely be a 2025 model.

Ram is releasing its all-electric truck later than its competitors, but it could gain some advantage from this late entry into the market by learning from others’ mistakes.

The truck will not be released until 2024, but the details we know about it make it sound impressive. Here is everything we know about the Ram 1500 electric truck.

The first all-electric Ram truck will be released in 2024, which means it is entering the electric truck market a bit late.

Yet, considering the information that has come out about the truck, consumers may find it was worth the wait. Here are some of the details about the upcoming Ram truck.

Ram has not set a price for the 1500 Ram electric truck yet, but we expect it will cost approximately $45,000 based on other similar models.

However, this price is just an estimate, as Ram has not stated what equipment will come standard with the truck. But, $45,000 would be in line with similar electric trucks, such as the F-150 Lightning.

We don’t know all the specifications for the truck, but what we know is pretty exciting. Ram stated that the Ram 1500 electric pickup would have a driving distance of 500 miles, which is better than any of its competitors.

The truck also has a high-speed charging rate of up to 150 kWh, which is also impressive. Ram has not stated the payload or towing capacity, but they claim it will beat its competitors.

The truck will use an STLA frame, specifically for electric vehicles. Also, it will have two electric motors, one in the back and one in the front, which will give the truck all-wheel drive.

The Ram 1500 EV has many interesting exterior features, and though we don’t know much about the interior, Ram is claiming it will be luxurious.

The Ram 1500 electric truck’s exterior looks durable and solid, like the Ram ICE 1500, but more aerodynamic.

It also looks more futuristic than the ICE 1500 due to the sharply inclined cabin and the running lights on the edges of the headlights, which are set in an interesting design. The rear of the truck contributes to the futuristic look as well, with the word RAM lit up in red alongside full-width taillights.

Ram has not provided specific details on the interior of the truck. But, they have stated that it will be the best among electric trucks. Considering the impressive specs of the truck, this is quite possible.

We expect the truck will come with Level 2 semi-autonomous driving as standard. Also, Stellantis will likely offer over-the-air firmware updates to improve the truck’s performance and keep its systems up-to-date.

As for the cabin, it will fit five passengers with plenty of room to be comfortable.

Ram has made it clear that although they have been slow to release an electric truck, they intend to make up for the delay by making the Ram 1500 electric truck the best on the market.

So, it’s no surprise that the released teasers show a truck that could easily exceed its competitors in several areas.

It will be a while before Ram launches the truck in 2024. So there are bound to be more details coming out. We’ll be waiting to hear more about the Ram 1500 EV, and we’ll let you know about anything new. 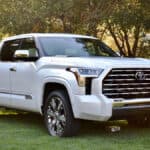