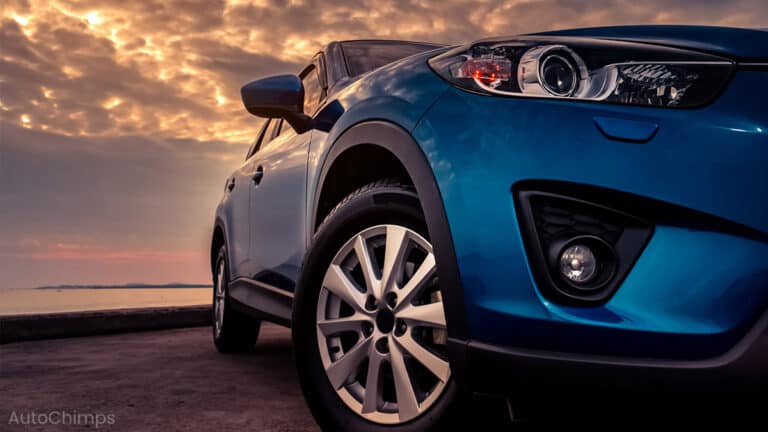 One of the most important items to consider when buying a used car is its title. Is it a “clean” or “clear” title? Or something else…

If you don’t know the answer, finding out should be your top priority because if it’s a “rebuilt” title, you’re dealing with a much riskier purchase.

What does it mean if a car has a rebuilt title?

In most cases, a rebuilt title means the vehicle has had extensive repairs after being branded a “total loss” by insurers. While a rebuilt car can be a good deal, the average driver should steer clear.

If a car has a clean title, it has never been deemed a total loss or “totaled” by an insurance company. A vehicle is usually considered totaled when the cost to return it to “roadworthy” reaches about 65% to 75% of its value.

If you repair a totaled car, the title will show as “rebuilt,” while if you don’t, it’s labeled as “salvaged” and typically sold for parts or its scrap value.

Salvaged cars are considered unsafe to drive and are illegal on public roads. Only repairing the damage, AKA “rebuilding” the vehicle, will make it roadworthy again.

Reasons To Not Buy A Car With A Rebuilt Title

Sites like Bankrate, Kelley Blue Book, Investopedia, and others estimate vehicles with rebuilt titles are worth about 20% to 40% less.

Once a vehicle’s title has been branded as rebuilt, any remaining manufacturer’s warranty will be voided. This is also the case with most aftermarket warranties.

While some companies do offer extended service contracts, they cost significantly more and have higher deductibles.

Due to the added risks, most banks do not lend on cars with rebuilt titles.

While obtaining a loan is possible, it will unlikely be through a well-known lender and will surely be labeled high risk, resulting in a much higher APR, regardless of your credit rating.

Like warranties and bank loans, insurance is also harder to secure on a rebuilt car.

Finding an insurer shouldn’t be difficult, as even larger names like State Farm and Progressive offer options.

However, be ready for your premiums to increase by up to 20% for the same coverage.

The damage must have been severe for repairs to reach 65% to 75% of a vehicle’s value.

Yes, it is possible the car is fine, but the truth is that repair quality is inconsistent at best. How confident are you that the “rebuilding” of most of a vehicle went perfectly?

Reasons To Possibly Buy A Car With A Rebuilt Title

For a car to be rebuilt, it must pass a safety inspection, which essentially covers the basic systems that make it roadworthy. These include the windshield, headlights, side mirrors, seat belts, steering, and more.

Rebuilt vehicles can be great deals if you know what to look for.

Take an $8,000 car needing a new engine as an example. For an insurer to total it, repair costs would only need to reach about $5,200, which is roughly how much the average engine replacement costs.

If the repair work involved multiple systems, the odds of something being awry increase. But it might be a solid deal if the bulk of the costs come from replacing one or two pricey components.

Tips For Buying A Car With A Rebuilt Title

Have The Vehicle Inspected

If you don’t know the basics of how an engine works or what it means to need a new transmission, then you’ll surely want to have a professional inspect any rebuilt car you’re considering buying.

Even if you are a bit of a gearhead, a second opinion could save you from a potential nightmare.

The main items to check are the condition of the engine, transmission, suspension, and body. Moreover, how a car has been maintained can greatly impact its longevity. While you can take the owner at their word, it’s best to verify via an inspection.

Before buying a car with a rebuilt title, you should decode the VIN through sites like Carfax or AutoCheck. These provide info on insurance claims, warranty repairs, title changes, and scheduled service work.

Much of the basic data comes straight from the DMV, so even free sites offer decent value.

No matter how clean a vehicle looks, if it has a rebuilt title, do not pay retail. Pricing guides like Kelley Blue Book and NADA are free, simple to use, and universally accepted.

If the asking price is not at least 20% to 40% less than the retail value, you’re better off finding a car with a clean title.

Should You Really Buy A Car With A Rebuilt Title?

No, the average car shopper probably shouldn’t buy a vehicle with a rebuilt title.

However, a savvy shopper that knows what to look for and is willing to have the car inspected can find some fantastic deals. 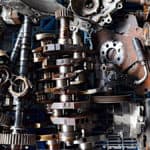 Is It Worth It To Sell Your Car For Parts?