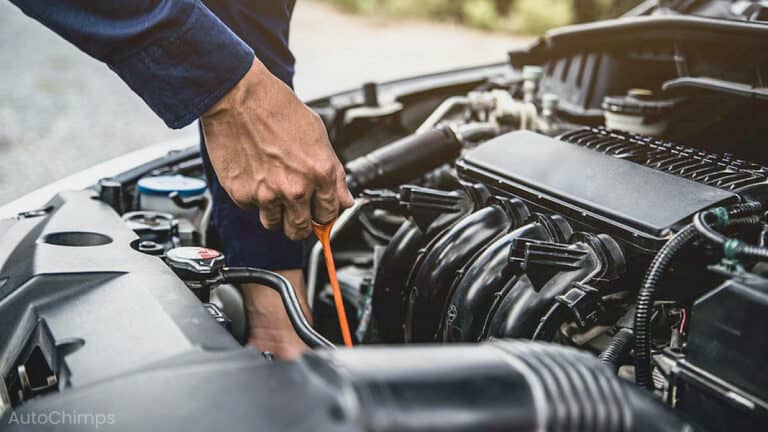 Something that can worry many car owners is the prospect of replacing an engine.

In this guide, we will explain how long it takes to replace an engine and the things you should consider before doing so.

Unlike many of the repair and replacement jobs we have covered, an engine replacement requires much greater attention and more work.

To be specific, an engine replacement requires special tools and about 6 to 12 hours, depending on many different factors.

What Determines The Time Of An Engine Replacement?

Multiple factors determine the time needed for an engine replacement.

The most significant factors are the car model and engine layout. Other factors include:

The car model is one of the most significant factors that determine the time it takes to replace a car engine.

Car models differ greatly in engine accessibility. Most cars have their engine at the front, which is usually easier to work with when compared to a rear-engine or mid-engine car.

Bigger cars, such as SUVs, usually have more engine space, making it easier to navigate the engine compartment and use your tools.

Much like different car models, a different engine layout will affect the time required to replace the engine.

This is mainly due to the accessibility when working with the car.

In general, there are two types of engine layouts: transverse and longitudinal.

A transverse engine layout is usually seen in front-wheel-drive cars. The main advantage is providing more space for the engine without compromising the length of the car or the cabin.

When it comes to replacing the engine, this means it is harder working with a transverse engine as there is less space in the engine compartment.

On the other hand, a longitudinal engine layout is mostly utilized in front-engine rear-wheel-drive cars.

The layout includes the cabin size, car length, or both. In contrast to a transverse layout, a longitudinal layout will be easier to work with, which means less work for a replacement.

The engine size plays a major role when it comes to replacing it. A bigger engine has more parts, more bolts, and weighs more.

Like the engine layout, a larger engine means less space in the engine compartment and a tougher time dismantling the necessary parts.

You should consider not only the size and layout of the original engine but also the new engine.

A replacement engine does not have to be identical to the old one in terms of displacement, power output, or even manufacturer.

However, an engine that is identical to the original engine will be easier to install. Otherwise, many modifications will be needed for the engine to fit and work properly.

You must also consider other systems such as the cooling, mounting, drivetrain, and more.

An engine that requires modification to fit your car will add several hours to the project.

An engine replacement requires skill but also the right tools. While it is possible to replace an engine with a limited set of tools, the right equipment will help immensely.

Ratchet wrenches, an engine hoist, an impact gun, a breaker bar, and many other tools make the process much easier.

Whether it is a big or small project, there is always the option to do it yourself.

As previously stated, an engine replacement requires a fair bit of skill and time. If you are experienced and comfortable working with cars, it is very possible to replace the engine yourself.

A major reason why you might consider replacing the engine yourself is the cost. Because the process of replacing an engine is very time-consuming, the labor cost can be very high.

This is especially true if you are installing an engine that was not designed for your car.

On the other hand, a professional car mechanic will have a lot of experience and expertise, which is important as many things can go wrong when replacing an engine.

The labor cost of a professional shop will vary depending on the location, expertise, and other factors, such as whether it is an independent shop or a dealership.

Should You Rebuild Or Replace An Engine?

Rebuilding an engine is cheaper in most cases. However, there are some instances where replacing the entire engine is the better choice.

If there is extensive damage and you can find a new engine at a good price, you should opt for the replacement.

If only a few parts must be rebuilt or replaced, a rebuild is the wiser choice.

Related:How Much Does It Cost To Rebuild An Engine?

Replacing an engine can take from 4 to 15 hours, depending on the circumstances.

In most cases, an engine replacement will take around 8 hours, but this depends on the car model, engine size, engine layout, and the replacement engine.

If your old engine has failed, the best alternative is to choose the same kind of engine, as the installation will be much easier and less time-consuming.

Replacing with an engine that does not match the previous one will result in more work hours as it is likely that several modifications will be needed for the engine to fit and work properly.

A brand-new engine is the most reliable option but will usually cost more.

If the work is completed by a professional, you can expect an engine replacement to take about 6 to 8 hours, which equals $550 to $850 in labor costs alone. 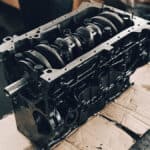 Signs Of A Cracked Engine Block