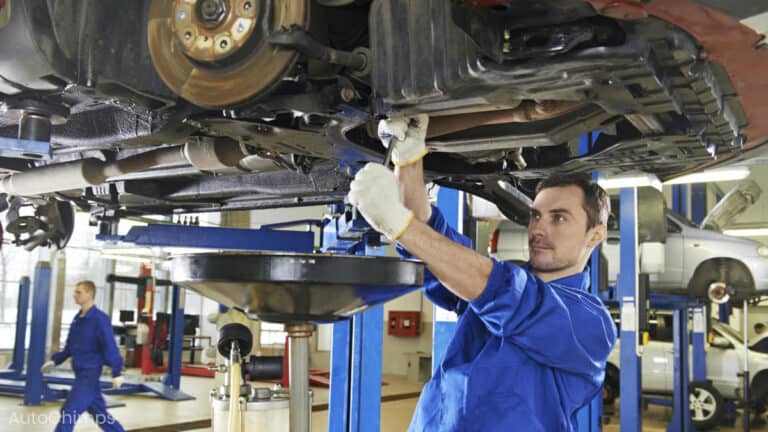 The shocks and struts of a car absorb any inconsistencies you encounter, such as uneven roads and potholes. They also stabilize your car when you turn, brake, and accelerate.

Not all cars use shocks; some use struts, while others use a combination of both.

To give you a clearer picture, in addition to the replacement cost, this guide will also explain the difference between struts and shocks.

Let’s start with the basics now and ensure you understand what you’re dealing with.

Shocks and struts are often used interchangeably, but this is incorrect. This is because they serve the same purpose, but they are not identical parts.

The main difference is that a strut is integrated with the suspension system, while shock absorbers are not. This means struts have a few more functions than shocks.

In addition to reducing the bounce and roll and stabilizing the car as shock absorbers do, struts also provide structural support for the suspension and hold the tire in a correctly aligned position.

When performing a wheel alignment, the camber and caster angles are altered by adjusting the struts directly.

This also means that, in most cases, you must do a wheel alignment when changing struts, which is not the case with shocks.

When Should Shocks And Struts Be Replaced?

Now that you know what shocks are and how they differ from struts, it is important to know when they should each be replaced.

There are a few symptoms that may appear if your shocks and struts need to be replaced. The signs might include:

If you notice that your car is tilted to one side or the other, it could be a sign of bad shocks and struts. You might also notice the car moving back and forth when it is windy outside.

If your shocks and struts aren’t working properly, the wheels of the car might bounce, resulting in less consistent tire-to-road contact. As a consequence, the tire will wear out unevenly.

The tires may also be prone to scalloping/cupping, which are patches of high and low spots due to accelerated wear.

If you notice that your car is shaking even when the surface is relatively flat, it is probably a sign that something is wrong with your suspension, struts, or shocks.

Vibrations in the steering wheel are also a potential sign of worn shocks and struts, particularly if it vibrates on a smooth surface.

A very serious sign is swerving during braking. Usually, when this happens, the front of the car dips excessively.

If this occurs, it is essential to fix the problem as quickly as possible, as it could have disastrous consequences if you suddenly need to apply the brake.

This problem is especially dangerous in the wet.

It generally also takes longer to stop the car, but this can be hard to notice as the change is gradual.

How To Test Shock Absorbers

If you suspect that your shocks are damaged or just want to check them, there is a simple way to test them.

To test your shocks, simply push the front of your car in an up-and-down motion and stop abruptly. If the shocks are in good condition, the car will stop the motion.

If the car continues to move up and down, your shocks are probably worn out and will need replacing.

Keep in mind that this test does not apply to struts, only shock absorbers.

How To Test Struts

Because the struts are different in terms of their location and function, the test for shock absorbers will not work for them.

The only way to test the struts is by performing a road test and paying attention to any signs of wear, such as shakes, rattles, or nosedives.

Make sure you test the car in a safe environment while obeying all traffic laws in your area.

Cost Of Replacing Shocks And Struts

Shocks and struts are usually reliable for 50,000 to 100,000 miles, but these numbers are only estimates, and the reality could be less or more.

When replacing shocks or struts, it is recommended to replace both of them on the same axle.

As shock absorbers do not affect the steering, camber, and caster angle, they are easier and cheaper to replace than struts and generally don’t require a wheel alignment.

When it comes to struts, they are a fair bit more expensive. To replace a pair of struts, the total cost, on average, is between $400 and $1000, including wheel alignment.

You can choose to only change the struts (instead of the strut assembly) to reduce the cost by about $40 to $80. However, you are likely to enjoy much better value for money and superior results by replacing the whole strut assembly when changing struts.

Shock absorbers and struts play a key role in making your car drive smoothly and absorbing all the shocks from uneven asphalt and potholes.

While many people use the terms shocks and struts interchangeably, it is important to distinguish them as they differ in their cost and function.

Struts serve the same purpose as shocks but also play a role in steering and provide structural support to the suspension.

Because of this, strut replacement usually requires a wheel alignment, while shock replacement generally does not.

If your car begins behaving strangely by vibrating, swerving while braking, or tilting in the wind, your shocks or struts may need replacing and should be checked.

You can conduct a quick test for shocks by pushing up and down on the front or back of the car. If the car continues to “bounce” after you let go of it, your shocks are probably bad.

To check your struts, a road test in a controlled environment is the only way to test them. 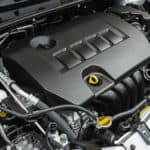