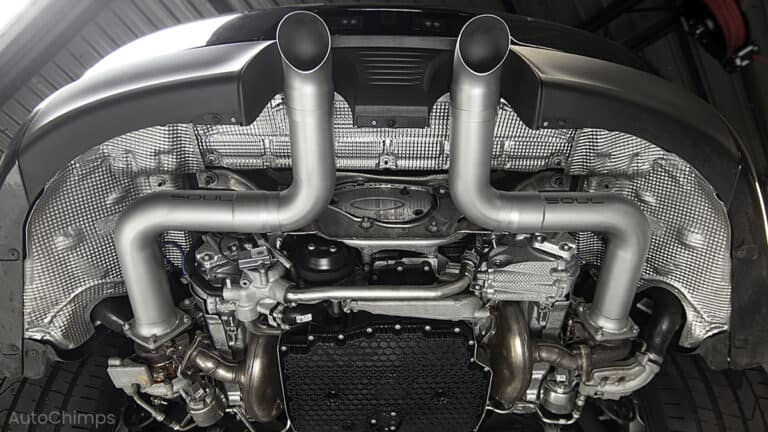 There is a very straightforward explanation of what a straight pipe exhaust system is. Why would anyone opt for straight piping their car?

Does it have any advantages?

Does it have disadvantages?

How does it differ from other exhaust systems?

We will answer each of these questions to better understand whether it is worth straight piping a car.

Let us jump right into the guide!

What Is A Straight Pipe Exhaust?

Cars from the factory must meet several standards regarding environmental regulations.

While these components help to lower the car’s emissions, they also slightly reduce exhaust flow and suppress the sound of the exhaust.

Car enthusiasts who love hearing their engine roar when driving address this by either buying a new exhaust or deleting the muffler, catalytic converter, or everything in between.

This means that after combustion occurs, the exhaust gases are released from the exhaust manifold via a straight pipe without a resonator, muffler, or catalytic converter.

The result is an extremely loud car with a little extra horsepower.

Related:How Does A Car Engine Work?

Other Types Of Exhaust Systems

It is worth noting that some people refer to every muffler delete as a straight pipe. This is not technically accurate; those are simply muffler delete.

Different types of exhaust systems are named based on the extent to which the exhaust system is modified from the factory specification.

For example, a cat-back exhaust replaces the exhaust from the catalytic converter to the end, while a turbo-back system replaces everything from the outlet of the turbocharger (if the car has one).

Should You Straight Pipe A Car?

There are a few advantages and disadvantages to straight piping a car.

In the end, it comes down to personal preference, but it is important to know that a straight pipe exhaust is illegal in most states.

The main reason why people straight-pipe their cars is due to the sound. Some people love hearing a straight-piped exhaust system roaring its way through the traffic.

Another benefit is an increase in horsepower due to reduced back pressure.

This means it is very cheap to straight pipe a car, usually a maximum of $100 to $200. That is at the high end if you ask a professional to do it.

Some people prefer a special kind of metal or piping from a specific manufacturer, which will increase the price a bit, but this isn’t necessary.

It is easy to underestimate just how loud a straight pipe exhaust is.

Sometimes, it is so loud that people regret their decision and put the resonator and mufflers back.

Highway driving can also be an issue as you are constantly exposed to loud sounds.

A straight pipe exhaust is likelier to cause a drone an additional vibration in the loud exhaust. Driving with an exhaust drone can be uncomfortable, especially during long drives.

Another major disadvantage is that a straight pipe is illegal in most, if not all, states. This puts you in jeopardy of being pulled over and fined.

No one will mistake your straight pipe exhaust for something else, especially not an experienced police officer. You should be aware that you will be pulled over sooner or later.

Without a catalytic converter, the car will release poisonous gases into the environment.

A straight-pipe exhaust system consists of only a straight pipe without a catalytic converter, muffler, or resonator.

This results in an extremely loud exhaust system that also adds some extra horsepower. However, it has a few disadvantages.

Driving a straight-piped car will produce a drone. You will feel vibrations alongside the loud sound, which can be uncomfortable, especially during longer rides.

Keep in mind that a straight pipe exhaust system is illegal in most states and causes damage to the environment.

Straight piping a car is very cheap. You simply replace all the components with a straight pipe and weld it in.

Before you decide to straight pipe a car, you should consider buying an aftermarket muffler, or at least delete one part at a time if you are determined for your exhaust to be louder.

Be aware that many states require having a muffler in the exhaust system. If you want to keep things legal, which you should, it is best to buy good aftermarket parts instead. 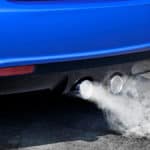