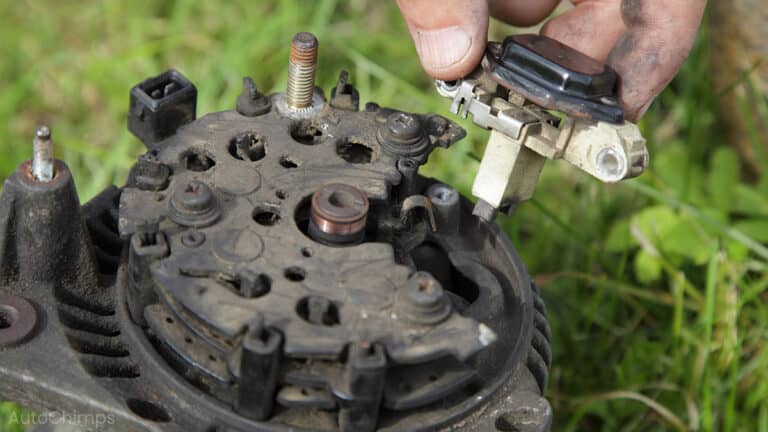 Voltage regulators are often understood in full by their creators – and nobody else.

The concept is pretty simple, but the physical and electrical outworking of it? Well, that varies from designer to designer.

This makes identifying a bad voltage regulator extremely difficult, even for mechanics. If you suspect you have an in-depth electrical issue, it’s sometimes faster and cheaper (in total) to go straight to an automotive electrician.

In the meantime, what is a voltage regulator? How does it work, and can you tell when it’s on the way out? This guide will explain all you need to know.

What Is A Voltage Regulator?

A voltage regulator is part of the overall alternator assembly. It’s a sort of floor manager, ensuring the output is always exactly what the car needs at that precise moment.

In the alternator, a rotor spins within a stator. The rotor is made up of coils of charged wire, with the current coming from the electrical system.

Through three-phase electromagnetic induction, the rotor induces an alternating current in the stator. (Don’t worry too much about the terminology for the purposes of this guide.)

The AC current leaves the stator and passes through the regulator (the subject of this page). Here, the output is limited and controlled – ‘regulated.’

The voltage regulator is its own circuit, functioning as a sensor.

In reality, the regulator is measuring the current output. If it’s too high, it’ll reduce the input current going to the rotor. This results in a virtually instantaneous output increase.

The opposite is also true. If the output current is too low, the regulator diverts more current to the input at the rotor. The alternator’s output will immediately be higher.

After the regulator, the current reaches the rectifier, which switches the AC to DC. The car battery and electrical system use direct current.

At this point, the average voltage output should be around 14 Volts. But it varies hugely, depending on the immediate requirements of the system. The car can do this, thanks to the regulator.

The signs of a bad voltage regulator could be absolutely any electrical problem.

Remember, this component controls the alternator’s output, the primary electrical power source, while your engine runs.

If the alternator voltage regulator fails, the output could be too high or too low at any moment. Both of these are dangerous.

Too-high currents will blow fuses and bulbs. The wiring may get hot – a fire risk – and terminals begin to corrode. They could also damage the battery, potentially causing it to explode.

In contrast, too-low currents effectively can’t do anything. This includes the engine itself, with electrical components like spark plugs and fuel injectors. The battery won’t charge, and the electrical appliances will dim or malfunction and fail (while driving).

Below, you’ll find a few common symptoms of a bad voltage regulator.

Note: many of these could be caused by any number of root problems.

Too high, and the battery fries. Too low, and it won’t charge.

Both of these mean the battery doesn’t have enough power to torque the starter motor.

The voltage regulator might malfunction and prevent the alternator from charging the system.

This would force the battery into action, but it won’t have enough charge to power the entire car for very long.

You’ll see the systems and lights dim before your engine comes to an abrupt stop.

Whenever the ECU realizes there might be a problem, it stores the relevant error (OBD) code and activates the Check Engine light.

The battery warning light is a further indicator of poor electrical output.

The regulator might be failing and sending too little current to the system.

If the voltage regulator has yet to fail completely, you’ll notice low power (or dips in power). A sputtering engine would be included here.

For example, the car might accelerate slower when you push the gas pedal. These sorts of issues could appear random and intermittent.

This is caused by low electrical power to the spark plugs, fuel injectors, fuel pumps, etc.

Most things in cars these days are dependent on electricity.

A voltage regulator restricting the output could result in the following:

How Does A Mechanic Check For A Bad Voltage Regulator

A mechanic checks for a bad voltage regulator by measuring the alternator output.

They’ll use either a multimeter or an advanced battery tester.

They’ll start and run the car with the device connected across the battery terminals. Overly high or low voltages often strongly indicate a voltage regulator issue.

They may do further checks after removing the alternator from the vehicle.

The battery might be in bad condition, too. It depends on how long the voltage regulator problem has been going on and how severe it is.

Once it’s identified that you need a new voltage regulator, you’ll have two options.

Mechanics will probably prefer to replace the entire alternator. This is usually a much more manageable, less fiddly job.

You could go down this route. Since the alternator is likely already off your car, it might be time for a new one anyway.

Both of the above rates include labor.

Ultimately, it’s up to you. It’s all about risk balancing.

Instead, you could opt for the $650 replacement now, reducing the risk of needing a new alternator in the future.

Questions About Driving With A Bad Voltage Regulator

Below, you’ll find some common questions about voltage regulators and what to do if they fail.

In short, the answer is always the same. The voltage regulator is a critical component of the alternator. Without a functioning alternator, you won’t be going anywhere.

Can A Bad Voltage Regulator Cause A Misfire?

A bad voltage regulator can cause a misfire. Again, it’s entirely dependent on the severity of the problem.

The spark plugs might not fire, or they might fire intermittently. For example, if they receive fewer volts, the spark will be more affected by soot build-up.

You may find misfires in multiple cylinders.

How Long Can You Drive With A Bad Voltage Regulator?

You shouldn’t drive at all on a bad voltage regulator. It might give out while you’re moving, meaning you lose all power and most of your braking and steering.

It needs to be replaced as soon as possible. You might need your car transported to a local mechanic or auto electrician on a flatbed. 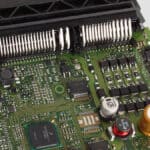 Symptoms Of A Bad ECU And Replacement Cost