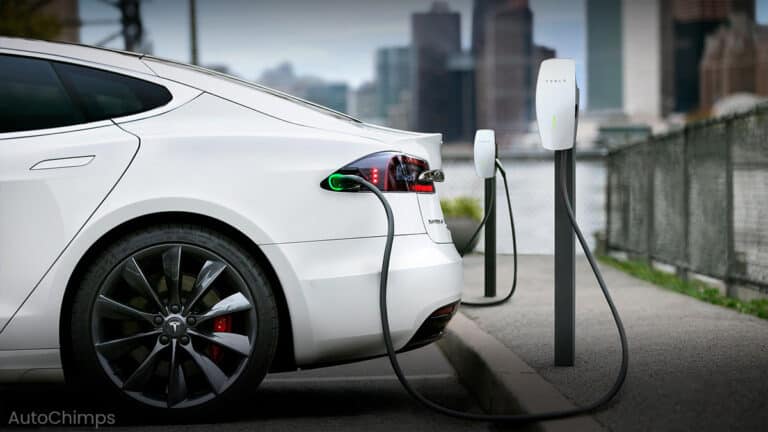 Perhaps you are looking to get your hands on one or simply wondering how long it takes to fully charge a Tesla?

Below, we have listed every available Tesla model and compared each with the charging aspect in mind.

It is worth pointing out that the charging time will vary depending on factors such as the trim level of the model in question, the age, year model, charging method, and more.

To make it easier for you, the following list gives a good approximation with all factors taken into consideration.

Before we get into specific Tesla models, it is important to point out several charging methods that will impact Tesla’s charging time.

Three levels of charging exist (for now); Level 1, Level 2, and Level 3. As technology progress, there is no doubt that we will see higher levels of electric charging that are greater in all ways.

For example, Elon Musk, the founder, and CEO of Tesla, has hinted that a “Tesla Megacharger” will be available for the Tesla Semi, with an output of 1MW, astonishing numbers indeed.

Instead of speculating about the future, which is full of potential, we will stick to the technology offered today.

The most basic type of charging is level 1 charging, which uses the same outlet you use for charging your phone, the 120-volt outlet.

As the name suggests, level 1 charging is the least effective type of charging and will approximately give 2-3 miles per hour charging, meaning a full charge will take days.

Level 2 charging uses double the voltage, 240-volt, to charge the car. These chargers can be installed in most homes, converting the output from 120-volt to 240-volt.

When it comes to Tesla, an example of a level 2 charger is Tesla’s “Wall Connector” charger. This is recommended by Tesla for charging the car at home.

Compared to a level 1 charging, Tesla’s Wall Connector will charge up to 44 miles per hour of charge, a significant jump from the 2-3 miles provided by a level 1 charger.

The fastest type of charging is offered by a level 3 charging setup. An example of a level 3 charger is the Tesla Supercharger which can be found throughout the country.

These chargers are extremely fast compared to the previous options. It can give up to 200 miles of charge in a mere 15 minutes.

These are great to use when you are traveling a long distance and need some extra juice for your Tesla to reach the planned destination.

Charging Time According To Tesla Model

As previously mentioned, the charging time depends not only on the type of charger but also on the Tesla model in question and the trim level.

All these three trims offer different ranges, while the Performance and Long Range have the same battery.

This means that those different trims have different charging times and battery capacities (except for the two trims that share the same battery).

However, in most cases, the difference between each trim is not substantial.

Below, we will cover each model.

Keep in mind that the car models in question are the 2022 models.

Even though the names may be the same, the charging time may differ depending on the model year of the car as the technology rapidly progresses.

It is also worth pointing out that only level 2 charging (i.e., Tesla Wall Connector) will be considered as this is the most effective for home use considering level 1 charging is extremely ineffective.

Regularly using a supercharger is not recommended as it can wear out the battery faster. The most effective way to supercharge a Tesla is to do so for a few minutes.

The Model 3 offers a lot of electric car for the money, and a bit of everything comes with it.

When it comes to charging, there are slight differences between the trim levels, but they do not differ more than 1.5 hours between each other (for standard charging).

On average, it takes about 10-11 hours to fully charge a Tesla Model 3 with a 240v standard charger.

The Model 3 “Performance” and “Long Range AWD” offer an onboard charger of 11.5kW (48A), making it more efficient than the Model 3 RWD.

A Tesla Wall Connector would decrease the charging time by an hour or two, approximately.

Tesla Model S was perhaps the start of the EV hype we see today. Since it first came to market, multiple versions have been made and sold to the market.

As for now, the Tesla Model S and the “Plaid” version are offered. The difference is not big when it comes to charging them from 0-100%.

Both take about 15 hours for a full charge with a standard charger, but that number is almost halved with a 72A charger, making the charge time around 8 hours.

Similar to the Model S, the X comes in its standard and “Plaid” version.

The charging time is also like the Model S, around 15 hours with a standard charger and 8 hours with a 72A charger.

The Model Y comes in two trims – the “Performance” and “Long Range AWD.” Both take about 12 hours to fully charge with a standard charger.

If you have a Tesla Wall Connector, it will enable all the potential, reducing the charging time by almost 4 hours. 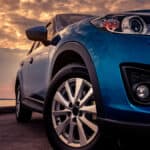