While not officially presented by Tesla yet, the Tesla Model 2 is anticipated to enable a broader audience to drive a Tesla.

Namely, in 2020, at Tesla Battery Day, Elon Musk announced that there were plans for making a Tesla that would cost $25,000, which would stay true to the Tesla brand and have autonomous driving.

This Tesla model is commonly referred to as the “Tesla Model 2” and would be a cheaper option when buying an electric car.

Behind the “Model 2” lies new battery technology and logistics solutions with the help of the Gigafactory in Shanghai, China which would accumulate in a lowered-priced car.

A while ago, there were some reports that these plans were put on hold. However, new information keeps being brought to light, which may be hard to catch up to.

Here, we will keep you updated with everything related to the Tesla Model 2, including the release date, price, specifications, design, and other related news.

Here is everything we know so far about the Tesla Model 2.

Perhaps the most anticipated information people are eager to know is the release date of the Tesla Model 2.

Since it was announced that Tesla plans to make the Model 2, several release dates have been mentioned, many of which are outdated today.

This indicates that the development of Model 2 (i.e., the $25,000 car) is currently on hold with no expected release date.

However, in the same comment, Elon Musk alluded that Model 2 will be available when the car becomes fully autonomous.

This goes in hand with the design rumors about the Model 2, but more on that later.

This means that the Model 2 would be the cheapest Tesla car in the market, with much of its technology borrowed from the rest of the models.

Tesla can supposedly make a car for $25,000, still staying true to its DNA with technology, interior, and general design.

This is plausible with the help of new battery technology and the Gigafactory in Shanghai, which focuses on making Tesla cars with 100% local components.

For example, Tesla recently installed new batteries in their cars that do not use cobalt, called lithium iron phosphate batteries.

As the technology evolves, the LFP may be cheaper to the extent that Tesla and other manufacturers can offer electric cars more affordable than today.

Today, no specific specifications for the Tesla Model 2 have been revealed. However, we may assume that the Model 2 will follow the steps of its relatives in the Tesla lineup.

This means that a long-range and/or performance version could be relevant for Model 2.

Considering that the Model 2 is planned to hit the roads with fully autonomous driving capabilities, which are many years ahead, the specifications of the Model 2 are very speculative.

The technology will likely improve significantly, resulting in a greater range, performance, and price.

It is important to keep in mind the audience this car is aimed at.

Namely, it’s for people looking for a relatively cheap EV to get from point A to B with comfort but without regularly driving long distances.

Therefore, expecting the Model 2 to do 0-60 mph in 2 seconds and have a range of 500 miles is unrealistic (perhaps somebody will eat their words in a few years).

Instead, Model 2 will aim to do everything in moderation but do it well.

Acceleration from 0 to 60 mph will probably be around the five-second mark, with a range of around 200 miles.

As time goes by with technological improvement, it would be no surprise if these estimates are exceeded in a few years.

Just like the specifications, the design of the Model 2 can only be speculated about, but we may have an idea of how it could look.

The Tesla Model 2 is expected to be a compact but practical 5-door compact car, kind of like a smaller Model Y.

Most of these renders are not based on any confirmed information. Instead, it is each of the respective artist’s interpretations of what a Model 2 may look like.

We may assume that the Model 2 will not differ significantly from the design language of any type of Tesla – simple and minimal design.

It may be so minimal that Elon Musk hinted that the Model 2 would come without pedals or a steering wheel, aiming to fulfill the vision of fully autonomous driving.

News About The Model 2

Due to a variety of reasons, such as “having enough on our plate,” the Model 2 is currently on hold.

While this may sound discouraging to many people, it is evident that Tesla has much to catch up to with their late releases of the Cybertruck and Tesla Semi.

Nevertheless, we surely haven’t heard the last of the Model 2 as it would be a welcomed model in the Tesla lineup.

We will be sure to be the first to report any news regarding the Tesla Model 2. Stay tuned! 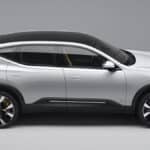