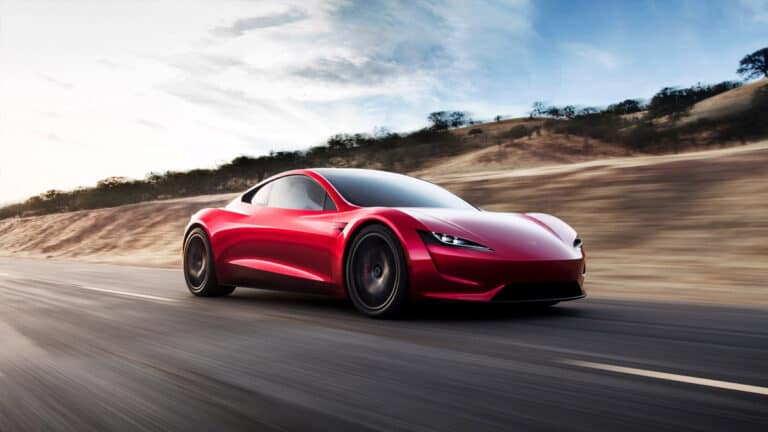 The Tesla Roadster should be available in 2023, and if it is released, it will be Tesla’s first model to have a second generation.

Elon Musk expects the new Roadster to enter production in 2023 and be available for purchase during 2023. Tesla is again taking orders for the car, which is a good sign.

But, since the second-generation Roadster was revealed five years ago, some people wonder if it will actually be available in 2023. However, when the car is released, it will be quite impressive, and here is everything we know about the Tesla 2023 Roadster.

As we stated, the Tesla Roadster is expected to be released in 2023. However, this could change, as can happen with Tesla cars, such as the Model 2.

Elon Musk did state that this is assuming no mega drama in 2022. He also said he expects the supply chain to return to normal in 2023, which may not be the case.

We will have to wait and see. But when it is released, it will be phenomenal.

The new Tesla Roadster will be impressive, and the price will reflect this at a $200,000 starting price. In fact, it costs $50,000 just to reserve the car.

The price will go up to $250,000 for those who want the limited Founders Series model. Also, these are the original prices, and it is possible they may be higher when the cars are released.

These speeds are truly impressive. Yet, Elon Musk stated that the car would have an optional Space X package, which would add two cold air thrusters around the car, which would improve the speed as well as the cornering and braking.

It seems hard to believe the car could go faster, but back in 2021, the CEO said the Space X package would allow the car to go from 0-60 in 1.1 seconds.

The 2023 Roadster will also come with a powerful 200kWh battery pack which will give the car a range of 620 miles. This is better than even Tesla’s other vehicles.

It will also come with all-wheel drive as standard. The car will have three electric motors with two motors for the rear wheels and one for the front axle.

The Tesla 2023 Roadster has a very sporty exterior which is basically smooth, and has a removable glass roof. It also has large wheels and an integrated spoiler.

The angled headlights and sporty lower bumper contribute to the overall sporty look of the car, as well.

The interior has four seats, but the two back seats are rather small, which may be a tight fit for adults. The rest of the interior is minimalist, with the large touch screen in the front being the most impressive feature.

We don’t know what will be included in Tesla’s infotainment system. But, it will likely include Spotify integration, a Wi-Fi hotspot, and a variety of apps like Netflix and YouTube.

The Tesla has a lot to offer, and hopefully, this time, it will be released in mid-2023, as promised. If it is, many people will likely feel it was worth the wait.

There has been a good bit of information released already about the 2023 Tesla Roadster. But, there still could be more information coming before the car’s release, such as an updated price.

We will be sure to share any new information we obtain about the new Roadster with you. 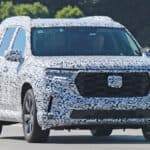