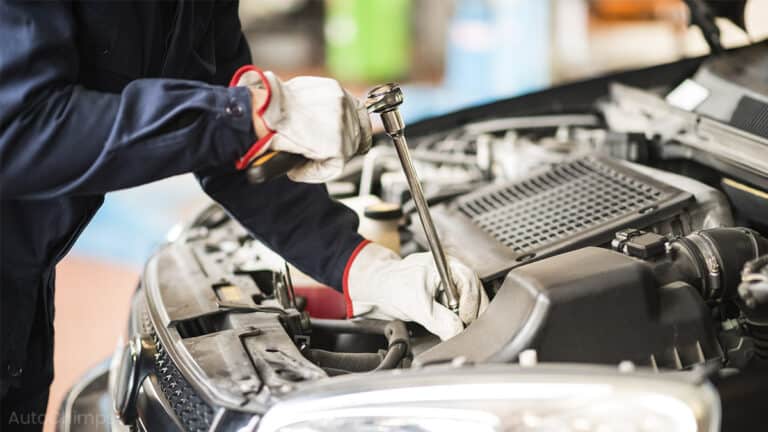 The cost of a tune-up often isn’t displayed on a shop’s website or signs outside. It makes sense to want to know what you’ll pay before entering.

A tune-up (in the modern sense) usually refers to a low-level service or quick inspection. How much you’ll pay is dependent on several factors.

But first things first! What is a tune-up, and why do we call it that? In this guide, I will explain that before delving into some cost estimates.

What Is A Tune-Up?

A tune-up is, for modern cars, a redundant term. It referred to the tweaks to the mechanical ignition system a mechanic would need to make.

In the past, cars had carburetors rather than fuel injection systems. Distributor caps were used for sending current to each spark plug at the correct time.

These had to be checked, cleaned, and worn-out components had to be replaced. Many functions, such as the idle speed, air ratio, and choke, had to be mechanically adjusted to keep the engine running smoothly.

Nowadays – in fact, for cars built in the 90s and onward – car engines don’t have the same ignition systems. Everything is now controlled electronically, using sensors and information relayed through the ECU.

Modern parts are much more reliable and efficient. Also, the ECM (Engine Control Module) effectively adjusts all the factors mentioned above in real-time.

Taking your modern car for a tune-up in the traditional sense is pointless. A tune-up is only relevant to certain vehicles from the 90s and earlier.

With all that said, some shops and service centers still use the term “tune-up” to refer to a low-level service. It isn’t correct in technical terms, but using terminology familiar to people who have been driving for several decades puts them at ease.

What Does A Modern Tune-Up Involve?

These days, shops and chains advertising a ‘tune-up’ create their own definitions.

An ignition system service is the closest thing to the original meaning of a tune-up. It’ll involve inspecting and replacing (if applicable) the air, fuel, and spark components.

These will likely include checks (and replacements, if necessary) to the following:

Some might also include fuel additives to clean out your injectors and lines.

For some, a ‘tune-up’ has become synonymous with a service. These are usually low-level (below or equal to an oil and filter change).

It depends on the specific dealer or mechanic, though.

Expect many of the same checks and applicable replacements as in the ignition system service.

However, a tune-up could also include the following:

Again, there isn’t much – if any – ‘tuning’ (adjusting) to do here. It’s an example of older terminology helping people understand what they’re paying for.

For other shops, ordering a “tune-up” is a glorified term for getting a general inspection. You might also see the following names for it:

In this context, a tune-up (multi-point check) is as basic as it gets. It won’t involve any actual work – not yet, at least.

A technician will inspect your car, clipboard or electronic tablet in hand. This should include the vehicle’s underbelly and cabin.

They’ll check the condition of fundamental components, reporting on around thirty or forty items. These should include the following:

In this context, the technician won’t start any work; they’ll simply note their findings and report them to you.

You should get a quote beforehand if you choose to go ahead with the work (usually recommended!).

Price Of A Tune-Up

How Much Does A Tune-Up Cost (Modern Meaning – Ignition System)?

The cost of an ignition system ‘tune-up’ is highly variable.

For example, you could have the spark plugs removed and replaced with iridium-core, high-quality ones. These will last a long time, but they’re very expensive upfront.

Assuming your service involves an inspection, replacement spark plugs, and a new air filter, you can expect to pay around $150 to $250.

Most of this cost comes from the spark plug changes and labor for the inspection and testing.

Installing iridium plugs could add $50 to $100. If you need a replacement fuel filter, allow around $70. New coil packs come with substantial cost variations.

New fuel injectors will be very expensive. Ensure a fuel additive has been poured in to keep them in good condition.

How Much Does A Tune-Up Cost (Modern Meaning – Low-Level Service)?

This one is difficult to estimate, as it depends entirely on the shop’s rates and charges. It’ll also change based on how they define a ‘tune-up’.

$100 is a reasonable estimate for an oil change, so a tune-up could cost a similar amount.

However, more in-depth services (which could be marketed as ‘tune-ups’) can quickly rise above $350.

How Much Does A Tune-Up Cost (Modern Meaning – Multi-Point Check)?

A multi-point inspection ‘tune-up’ shouldn’t cost much. The checks are basic and often visual only, meaning they don’t take a mechanic very long.

They’re also not doing any work on your car – that’s more reason to pay very little.

In many cases, these kinds of ‘tune-ups’ are free. The shop is attempting to make its money through any faults it might find.

Don’t be put off by this, either way. They’re both perfectly legitimate ways for a mechanic to work.

Any resultant work will cost, of course. How much you’ll pay depends on what needs doing!

If you own an older car, you’ll need a tune-up in the traditional manner.

As technology advances and becomes mainstream, many of these skills inevitably become obsolete. Most younger mechanics will have spent little (if any) time working with carburetors or distributor caps.

Parts for older cars are also, of course, more difficult to get hold of.

It’ll most likely cost you about $250 plus the price of any parts (such as spark plugs or wires) and the corresponding installation labor rate. This would bring the average cost to about $350 or so.

I’ve Heard People Talking About Tuning An Engine – What’s That?

You might have a racer friend obsessed with “tuning” their car, or maybe you just like Fast and Furious.

Nowadays, that doesn’t usually mean someone’s taking their vehicle to a mechanic for a tune-up service.

Rather, it refers to using advanced software to alter the ECU programming. This way, you can adjust the ignition timing, fuel ratios, and so on to increase power (or fuel economy).

Originally, “tuning your engine” would have referred to the mechanical process of altering these features. Nowadays, though, it’s all about electronics.

You’ll also hear it referred to as “remapping” (adjusting the module itself) and “chipping” (installing an electronic override chip).

In the end, you probably don’t need a tune-up, specifically. But you do need a service, which includes all the same aspects of a tune-up.

There’s usually no need for an in-depth service every year, but take your car to the shop as soon as the light comes on.

Looking after your car means it looks after you! 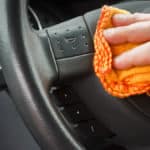 How To Get Rid Of Mold In Your Car