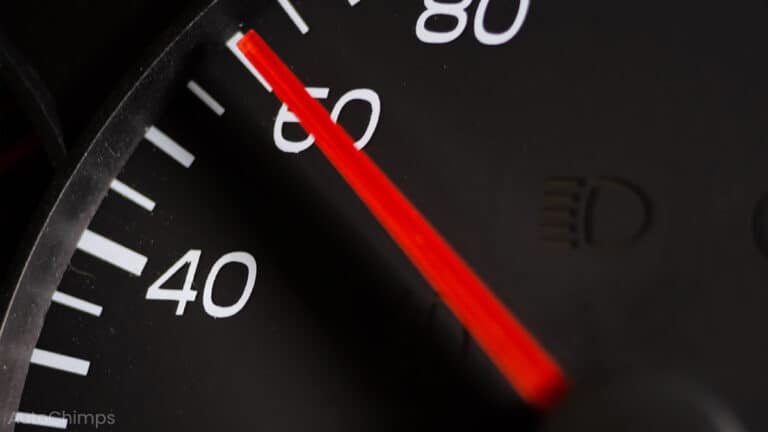 As you approach highway speeds – 60 mph and above – feeling your car shaking is deeply unsettling. Thankfully, it’s most likely a simple fix, although you should get it checked as soon as possible.

The average passenger vehicle in the US weighs in at around 4,156 pounds (1,885 kg). That’s according to the Environmental Protection Agency (EPA).

At 60 mph, your vehicle would produce 50,560 kgs-1 of momentum – enough to do some severe damage to anything. As such, it’s crucial to keep it under control.

If you feel your car shaking when going over 60 mph, don’t panic. Slow down and move into the slow lane next to the shoulder so you’re ready to pull over if an emergency arises.

In the meantime, gently make your way to a nearby mechanic or tire workshop.

So, why is your car shaking when you’re going over 60 mph? Why doesn’t it vibrate at lower speeds? Read on to learn more.

Causes Of Car Shaking When Going Over 60 MPH

There are several reasons your car could be shaking at 60 mph.

The most likely – by far – is unbalanced wheels, especially at the front. Several other options are possible but improbable.

Wheel balancing is routinely done before your tires are refitted. Weights are added to the metal rim to ensure the wheel rotates smoothly without “wobbling.”

You can visualize an imbalanced wheel and tire by taking a roll of tape and rolling it across the floor. Watch it rock from side to side.

Imbalanced tires behave the same way. As the wheel turns, the tire wobbles, putting extra pressure on the inside and then the outside of the tread. You might notice a patchy wear pattern.

Wheels can become unbalanced by:

A technician should balance your wheels after they fit a new tire or repair a puncture. They’ll use a special machine creatively named a tire balancer.

They may also offer to balance your wheels as part of a routine service (recommended). It should cost about $10 to $15 per wheel. Other problems contributing to wheel balancing include damaged rims and improperly fitted tires.

Why Can I Only Notice Unbalanced Wheels At 60 MPH?

At low speeds, an imbalanced wheel makes the tire rock ever so slightly. It’s hardly noticeable at all. You won’t be able to see it with the naked eye, either.

As you reach higher speeds, the “wobbling” speeds up. Once you’re traveling fast enough, the swaying becomes more of a banging. This is the tire’s inside edge smashing against the road surface, then the outside, and so on.

This banging will come through as shaking and vibration. The entire car will shake, but it’ll be most vigorous through the steering wheel.

You can be sure that at least one wheel is affected – possibly two or more. It’s most likely to be one of the front wheels, but it could be one at the rear. This would be especially true if your vehicle is rear-wheel-drive.

Unbalanced tires shouldn’t be an immediate danger. However, you should still pull into the slow lane and drive as slowly as safely possible. Around 50 mph is a good benchmark – the minimum speed you’re allowed to travel on the interstate is 40 mph).

Head to a local mechanic to have them checked out and rebalanced.

Don’t be surprised if you need a new tire. The damage should be negligible in most cases, provided you catch it early. But if it’s been going on for a while, you’ll need some new rubber.

Unless you have a heavy-duty truck or van, the main part of your front suspension is the MacPherson strut. This includes a structure, damper (shock absorber), and coil spring. Other components include the drop link, wishbone, and tie rods.

The spring and damper are most likely to fail. Coil springs can fail due to rust or a significant impact like a deep pothole. Dampers (or “shocks”) can leak hydraulic fluid or lock up. These could lead to an uncomfortable ride, even if it’s only on one wheel.

You might feel more shaking at 60 mph, especially on less maintained, rougher highways. If the suspension is the root cause, the ride might feel either stiff or bouncy (all the time, not just at high speeds).

You can check your own suspension by doing a bounce test. Taking your car to a local mechanic would be more comprehensive, though. They can then do a more thorough check on a designated ramp.

Depending on the exact issue, suspension repair costs could be up to a few hundred dollars.

When a cylinder misfires, it isn’t combusting the air/fuel mixture. Therefore, there’s no power stroke. This leads to lower power output and an imbalanced engine, causing shaking.

Engine misfires can happen at any time and at any speed. In fact, they’re often most noticeable at low speeds and when the car is idling. However, you might still notice them at 60 mph.

If the problem only develops at highway speeds, it’s most likely to happen under heavy engine loads. This means driving at 60 mph in the lowest gear possible. It could also occur when putting your foot down and accelerating to merge or overtake.

Since it isn’t misfiring under regular loads, it’s logical to assume that the misfire is caused by a part that’s failing – rather than one that’s failed already. The Check Engine light should pop up on your instrument panel, too.

When an engine misfires, you should use an OBD II code reader to find the problem. The underlying cause could be any of the following in this non-exhaustive list:

The internet is full of forums discussing how wheel bearings break left, right, and center. And they do fail – occasionally. However, it’s pretty uncommon. Most wheel bearings will outlast the car they’re fitted to.

A wheel bearing could break if you hit a curb with some force or often drive on poor-quality roads. You’ll probably hear a constant whining noise or intermittent groaning coming from the wheel in question.

For a final check, jack up the wheel and try to rock it with your hands at 12 and 6 o’clock. There should be minimal play. If it’s loose, the wheel bearing is the most likely culprit.

Wheel bearing problems usually come into play while turning your wheel. If you only notice shaking while going round bends or lane-changing at 60 mph, get it checked out.

Like wheel bearings, axle problems are over-exaggerated in terms of their frequency. For most vehicles, the axle will never be touched throughout its entire lifespan.

On rare occasions, the axle might become unbalanced or take damage from a pothole or something large and heavy in the road (like a rock or large branch). This could lead to the car shaking.

The problem is most likely an imbalanced rear axle, particularly if your car is rear-wheel-drive. Although it’ll feel uncomfortable around 60 mph, you’ll probably notice it no matter how fast you’re going.

Note: these days, most cars are front-wheel-drive and use half-shaft axles. These are unlikely to make a car shake, even if they’ve already started to break. You’re more likely to hear a ticking sound when turning.

Could Bad Wheel Alignment (Tracking) Cause My Car To Shake At Over 60 MPH?

Misaligned wheels (a mechanic might tell you, “Your tracking’s out”) are commonly touted on the internet as being a cause for a shaking car. Perhaps in the rarest of cases… but 99% of the time? No.

When your tracking’s out, it’s likely to cause the vehicle to pull either left or right. At least one of your front (steering) tires isn’t pointing straight ahead. Find a straight, empty stretch of road and hold your steering wheel level. Does the vehicle drift to one side or the other?

Occasionally, misaligned tires don’t make your car pull to one side. This would be if the tracking were only marginally out, or the two wheels pointed towards or away from each other at the same angle. In this case, both tires need realigning and could need to be replaced.

The most significant sign of your tracking being out is tire wear down the inside or outside of the tread. You’ll notice a bare strip of rubber. At this point, the tire is damaged beyond repair and will need replacing.

Concluding Thoughts: Why Does Your Car Shake When Going Over 60 MPH?

By far, the most likely reason is imbalanced tires. You should take your car to a local mechanic or tire shop to get them rebalanced and refitted.

Beforehand, make sure the technician checks the tires are in good condition. They may need replacing if the problem has been going on for a while.

If your wheels turn out to be fine, there’s something else at play. Of everything mentioned in this article, explore them in the following order of likelihood:

Seek professional help to ensure it gets fixed for good. Encourage the mechanic to take the car for a road test to feel for the issue themselves, too.

Although it might be unsettling and, yes, must be fixed as soon as possible, the problem should be manageable. It’s relatively inexpensive in most situations, too. 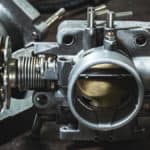 What Happens When The Electronic Throttle Control Goes Bad?