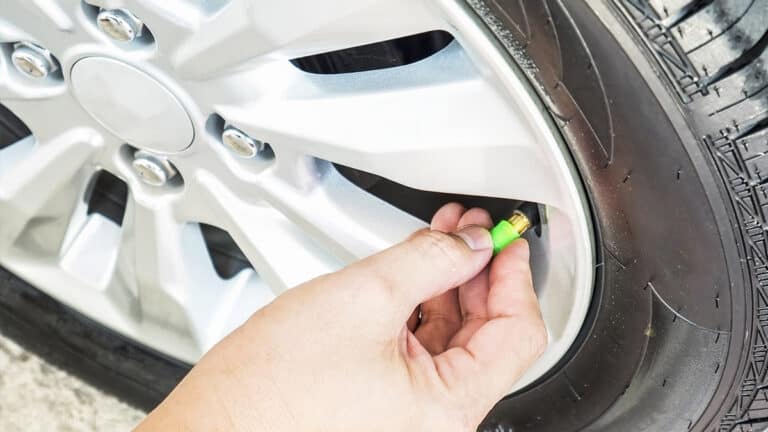 When your car has returned from the shop, you might notice green caps on the tires. What does this mean? Is there anything special about green?

There are two possibilities here.

So, does this make any difference? Should you be concerned?

This guide should put all your concerns to rest.

Does A Green Cap Mean Nitrogen?

A green cap could mean that the tires contain nitrogen. Then again, maybe not.

Green caps are likely to mean nitrogen if you’ve just picked up your new car straight from the dealership. They could also have “N2” written on them.

However, green valve stem caps can be bought in bulk online, just like any other color. The shop may have unintentionally purchased a batch or had them donated.

If your car went in for a repair or service with ordinary valve caps and has returned with green ones, they could be just that. Green and normal. Ask your mechanic by giving them a ring if you’re still unsure.

Some corners of the internet might tell you that “many mechanics use nitrogen instead of air in tires.” That’s not true. It is much better for them, as will be explained later in this article, but although nitrogen is growing in popularity, using it in tires is still the exception, not the rule.

How Do I Know If My Green Tire Caps Mean Nitrogen?

Nitrogen isn’t used in the vast majority of cars. Limited practicality means you’ll only find it on performance cars and packages.

Is your car akin to a Corvette Stingray, Audi R8, Ford GT, or Nissan GTR? If so, the tires may well take nitrogen.

These performance vehicles will often come with Direct TPMS. These sensors measure the tire’s air (or nitrogen!) pressure.

As such, a green tire cap covering a metal valve stem on a performance car almost definitely signals nitrogen.

If you drive an older hatchback or a standard SUV, then no. Unless it specifically tells you in the owner’s manual, there’s no need to use nitrogen.

(But, if the caps are bright green and look very similar to normal, don’t worry. They’re most likely just green valve caps.)

Why Is Nitrogen Better For Tires?

Nitrogen is better for tires because it’s more stable than air.

Air does contain nitrogen. 78% nitrogen, in fact. The remaining particulates are 21% oxygen and 1% everything else.

“Pure” nitrogen is around 95% nitrogen. Because it’s more stable without oxygen, the particles have less kinetic energy. As a result, you’ll see a performance increase. Also, less nitrogen escapes the tire during daily use than the equivalent amount of air.

Finally, it contains almost no water particulates, so you won’t find any moisture in the tires.

Can You Fill A Green Cap Tire With Air?

Although your tire may recommend nitrogen, topping it up with air isn’t dangerous.

As mentioned, air isn’t as suitable for tires as pure nitrogen. However, it does the job for the vast majority of us.

Air is mostly nitrogen anyway, remember. Combining the two won’t lead to any toxic or dangerous reaction. You’ll be diluting the nitrogen’s purity, but that’s it.

Use no-frills air if you need to top your tires up, but there’s no nitrogen available.

How Much Does It Cost To Fill Tires Up With Nitrogen?

How much would it cost you to top your tires up with air? $1? Maybe $2 if the gas station’s ripping you off?

Well, a top-up with nitrogen will probably come to around $5 per tire. Okay, not too bad? Still a lot more than $1 for all four, though!

Use this tool from Nitrofill to find places nearby where you can fill up with nitrogen.

So, is it worth it? Perhaps time will tell.

Should I Use Nitrogen?

If you visit a tire center, you can get your tires inflated with nitrogen. All the air will need removing first, though.

The downside? It’s pretty expensive and a bit nit-picky. You can’t fill up your tires at home, for example. You’ll have to go to a tire shop or dealer.

Nitrogen also shouldn’t take away from regular tire maintenance. Although it’s kinder to the rubber, the gas will still escape over time! You should check your tires just as often – every week or so.

So, is nitrogen for you? Maybe. But, for most daily drivers and commuters, there isn’t much need.

Call your dealership or mechanic if your car has green valve stem caps. They’ll give you your answer. 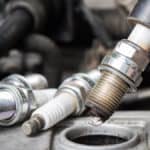 Oil On Spark Plug Threads Or Wells? Here’s Why And How To Fix