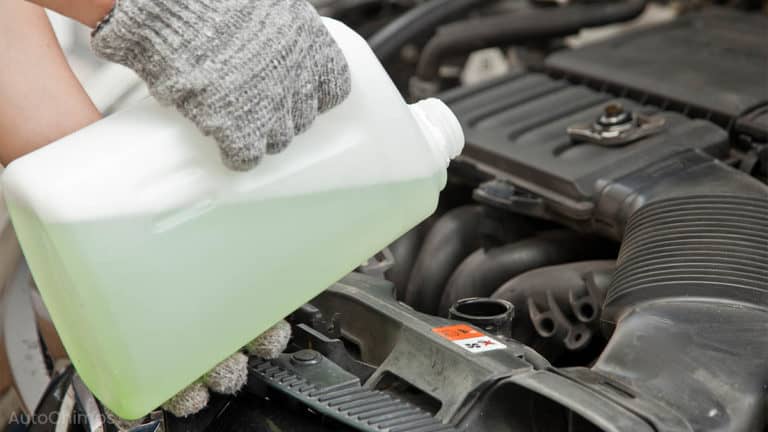 Despite their different hues, the color of the M&M you pop into your mouth has zero effect on the flavor.

However, when it comes to the antifreeze you put in your car, the color determines its chemical makeup.

What’s the difference between green and orange coolant?

Both orange and green antifreeze serve as engine coolants, designed to keep it from freezing or overheating.

They also defend the cooling system against corrosion. However, older cars contain more metallic components, while newer models have more aluminum and nylon. Green is formulated for the former, and orange for the latter.

The actual difference is a little more complicated, and rightly so.

Thankfully, I will explore how each color differs from the other more in this simple guide. But first, let us look at what exactly coolant is and why your engine needs it.

Let us get the basics down first!

What’s The Purpose Of Coolant?

The role of coolant and antifreeze is summed up nicely in either name since it does precisely that. It not only ensures your engine stays within a safe operating range (coolant) but also keeps it from freezing (antifreeze).

It’s usually combined in a mixture that’s 50% water and 50% coolant. Can water be used as a coolant by itself? Yes, however, it would freeze in cold climates and evaporate in warm climates. Both of these cases would leave your engine exposed to total failure.

As for color, this mostly stems from dyes added to aid in identifying its composition. Speaking of color, let’s review the difference between orange and green.

What Is The Deal With Antifreeze Color?

Green engine coolants are designed for use in older cars (think pre-2000), ones that contain a lot of steel and copper components in the cooling system. To protect these metallic parts from rust and corrosion, Inorganic Additive Technology (IAT) gets added to the mix.

IAT is a mixture of various compounds, such as phosphates and silicones, with either propylene glycol or ethylene glycol.

Phosphates are derived from phosphoric acid and help soften water and remove oil and grease. Silicones, on the other hand, work as a metal sealant, protecting them from different chemicals, moisture, and general wear.

And then we have orange antifreeze, which also defends against corrosion, but instead of being geared towards older cars with lots of metal, it’s made for newer cars with more aluminum and nylon parts in the cooling system.

One of these acids is carboxylates, which inhibit the buildup of corrosion. The great thing about these is that they only affect metal surfaces. Meaning they will protect metallic parts without interfering with non-metallic ones.

This transition from steel and copper to aluminum and nylon started back in the 90s. Due to this change, GM introduced DexCool. DexCool is a type of coolant that uses a mix of different Organic Acid Technologies (OAT) to help to help inhibit the buildup of rust and corrosion.

The cons of orange coolant manifest when it begins to run low. When this happens, oxygen may invade the system, creating a buildup that can clog and damage internal components.

Thankfully, orange antifreeze should last as long as 5-years. Meaning so long as you remember to refill it, your engine should not experience any issues.

The short answer – no. When orange and green antifreeze mix, there’s likely to be a chemical reaction that causes it to thicken into a gel-like substance.

Since your engine needs fluid rather than gel, it is unable to effectively cycle it through the system.

Without proper cooling, various components may overheat, leading to failure. Take your water pump, for instance, which is in charge of pumping the coolant throughout the system. If it fails, you’re looking at a replacement cost of as much as $750.

If you’re going to use a different antifreeze, you’ll need to flush your cooling system first, which carries a cost of about $100.

What Should I Know About Maintaining Engine Coolant?

As we mentioned earlier, your engine will suffer if you run out of coolant. Thankfully, both green and orange antifreeze last a while. How long? Green for about three years or 36,000 miles, and orange for five years or 150,000 miles.

A good rule of thumb is to inspect it at each oil change. If it’s rust-colored, it suggests the rust inhibitor has become ineffective. This is a good sign it’s time to flush the system out and add some new coolant.

If it’s milky-colored, there’s likely oil in it, which indicates it’s leaking from somewhere. This means that not only is your engine running low on lubricant, but its coolant is unable to do its job as well, which is a deadly combination.

You can also rub a small amount between your fingers. If it feels gritty, as if there are bits of sand in it, then it’s dirty, and the system needs to be flushed.

What’s The Difference Between Green And Orange Antifreeze?

Quite a bit, actually – which is why it’s crucial to ensure you’re using the correct type for your specific make and model. Thankfully, checking it to determine whether it’s orange or green is a simple way to figure it out.

Both keep your engine from freezing, both keep it from overheating, and both also keep rust and corrosion from forming.

If you run out of coolant and choose to ignore it, you will end up with a significant shop bill that likely ends with a new engine, and you don’t want that! 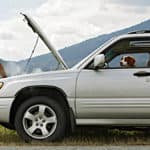 Why Is My Car Overheating?