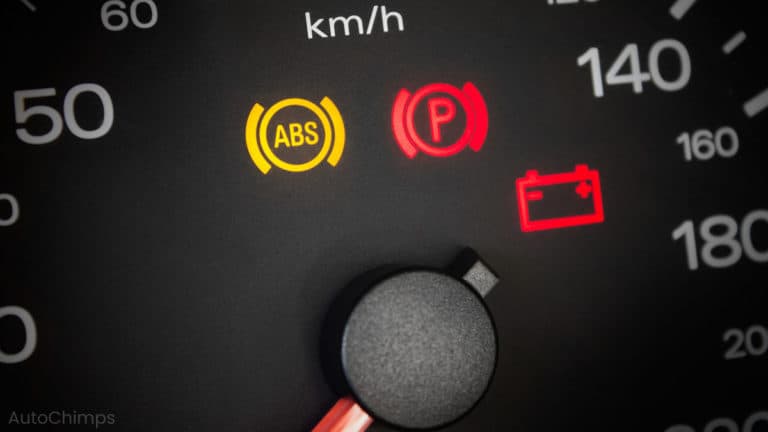 Usually, when a light appears on your dashboard, it signals that something is wrong and needs servicing.

However, in the case of a traction control light, it usually means the system is doing its job – but that is not always the case.

What causes the TCS light to turn on?

The most common cause is a loss of traction due to slippery road conditions. When this happens, it means your tires do not have an adequate grip on the road, causing them to slip. The system will alert you that it’s on by flashing a TCS light on your dash.

How do you tell if it is working correctly or if there’s an issue?

Well, thankfully, we’ll discuss precisely that in this guide.

We will start by reviewing what traction control is and what it does. Afterward, we will review a few common causes for why it might appear, and if there is a problem, we will guide you on how to turn it off.

What Is Traction Control, And What Does It Do?

Traction control first made its appearance back in the early 1970s on rear-wheel-drive performance cars. But it wasn’t until 1987 that it entered the mainstream market. Toyota and Mercedes were the first manufacturers to offer TCS, and by 2012, it was mandated on all passenger vehicles.

Early on, traction control came as a single feature. Nowadays, it’s a standard feature included as part of the stability system of a vehicle. It goes by many names, including ESC, ETS, TCS, and DTC, to name just a few.

Traction control works via a wheel speed sensor. When one loses traction, it alerts the system that it’s spinning too fast. The system responds by either limiting power to that wheel or applying the brakes to it.

If you’re not sure if you’ve ever noticed the system at play, try this:

Find a secluded parking lot on a wet or icy day. Come to a complete stop, turn the system on, and punch the gas – hold it for 2-3 seconds. You will notice the RPMs climb, and as soon as the wheels slip, they will hesitate and cut back.

The other cool thing about traction control is that it also works to keep your car facing straight. If you remove your hands from the wheel and repeat the above process, you will notice you don’t spin sideways.

Now for the other side of the equation. Again, ensure you’re in a secluded parking lot with no people or obstacles around. Repeat the process, but this time with the system off. You will notice the RPMs climb, keep climbing, and your car will turn sideways.

Note: We’re not saying to go out and drive like a maniac – AutoChimps does not condone this. But if you know of a safe, empty parking lot or stretch of road that’s free of people, cars, or obstacles, then holding the gas down for 2-3 seconds at a time should be perfectly fine.

Can you picture how traction control might be useful in an emergency situation?

Now let us look at a few scenarios where the TCS light might come on when it’s not supposed to.

If you have read through our explanation of how the traction control system works. Then you should know why a faulty wheel speed sensor can cause it to malfunction.

Since they’re in charge of alerting the system when a loss of traction has occurred, if one is not working correctly, it’s likely to cause the TCS light to appear.

Your choices include having a professional determine which sensor is out and having them replace it for around $135-$250. Or, you can swap it out yourself for a little over $100.

If you want to replace it yourself, you can usually figure out which wheel it is by using an OBD2 scanner. You shouldn’t need anything fancy, so a $20-$100 unit should suffice. You can also take your vehicle to a local parts supply store, and they will likely read the code free of charge.

For instructions on how to replace a wheel speed sensor, watch the video below.

The ABS and TCS systems often share many of the same working parts. For this reason, if there’s an issue with your ABS, it may cause the traction control light to appear. In this case, you will likely see not only a TCS light but an ABS light as well.

This issue likely stems from a faulty wheel speed sensor or a bad ABS control module. Again, using an OBD2 scanner, you can determine which is acting up.

If it is the control module, you can either take it to a mechanic for a cost of around $1,000 or replace it yourself for about $800.

Check out the video below for instructions on how to swap out an ABS control module, though you should know it’s for a 2005 Chevrolet Blazer.

Reason #3 – TCS Needs to be Reprogrammed

If your traction control light keeps coming on when it’s not supposed to, it might just need to be reprogrammed. There’s no specific reason this occurs. Chalk it up to chance.

There aren’t many options for reprogramming a TCS system yourself. Sadly, if this is the issue, you’ll have to take it to a certified mechanic.

Thankfully, the job itself should take no longer than an hour. You can expect to pay a diagnostic fee of about $100 and an additional $50-$100 for labor.

Why Is The Traction Control Light Coming On?

Well, it’s likely just doing its job, in which case you should feel lucky you have a vehicle equipped with a TCS system. However, if there is an issue, the last thing you want to do is to ignore such a vital safety feature.

If you’re not savvy working on vehicles, your best bet is to bring it to a professional and have them take care of it. 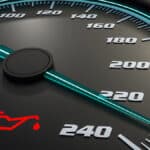 Low Oil Pressure Light Comes On? Here’s Why And How To Fix