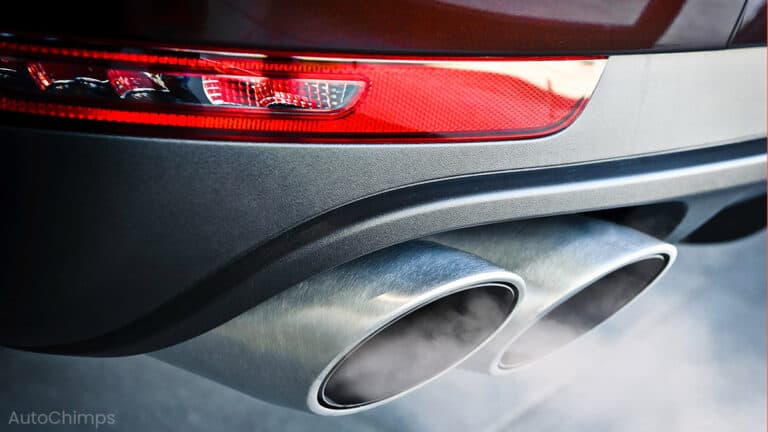 If your car is revving on its own while driving or stationary, it could be a severe problem, and if it goes wrong while you’re moving, it could lead to a crash.

Get it sorted as soon as possible – as in, immediately.

A car engine revving by itself could be caused by a few things. This one will require some deep diagnosis. If you’re hoping to find the source of the problem yourself, roll your sleeves up and prepare to get greasy.

If you’re at all unsure, the best possible solution is to take your car to a trusted local mechanic. They’ll have the necessary know-how, expertise, and equipment to determine what’s wrong and the best way to fix it.

Let’s get down to it.

What Happens When A Car “Revs”?

A car “revving” its engine is when you put your foot down on the throttle. The noise increases along with the position of the needle on your dashboard’s tachometer (rev meter).

The result is more power and speed being sent to the wheels, and therefore your vehicle travels or accelerates faster.

So, what is revving?

It’s originally a slang term, although it’s found its way into standard English. “Revving” means “to increase the engine speed.”

Engine speed is typically measured in revolutions per minute. A revolution is a complete engine cycle. You count one revolution once every cylinder has completed its power stroke, just after its spark plug fires.

Typically, gasoline cars are limited to 6,000 and 7,000 revolutions per minute (revs per minute or rpm). Diesel vehicles are designed to operate at lower revs, typically 4,000 to 5,000 rpm. Anything beyond these levels might cause damage to the engine.

When an engine revs, it’s receiving more power than it was a moment ago. This power is generated by the spark plug igniting the mixture of air and fuel in the cylinder, driving the piston downwards. Thus, there are three possible causes of a car revving on its own:

Car Revving On Its Own – Too Much Air

Air – specifically, oxygen – means substances can ignite and burn. Without it, nothing would catch fire, and the gas or diesel wouldn’t explode. Gas and air mix at about 14.7:1 to provide the optimal standard performance level.

At certain times, this is useful, but when it happens under usual driving conditions, it’ll make the engine gain RPMs.

If a sudden surge of air and oxygen is the problem, the fault could lie with any of the following.

Locate the throttle body under your car’s hood. It’ll be just on top of the air intake manifold. Don’t shy away from using the internet or vehicle manuals to locate this part.

Remove the necessary hoses so you can get access to the throttle body. In it, you’ll find a channel with a circular butterfly plate (that should be almost closed) blocking it off. This is the throttle plate (otherwise known as the throttle valve), hinged through its centreline.

Dirt could be holding the plate open when it should be closed. The butterfly plate could also have become slightly stiff. Use parts cleaner and rags to clean all around this plate. You won’t break it, but don’t be overly aggressive.

Replace it on the car, firmly plugging it back in. Before reconnecting all the hoses, start the engine. Is the problem still there? Or have you solved it?

The fuel injectors receive a signal from the ECU telling them how much gas or diesel to insert into the combustion chamber. They’re magnetically controlled and sit either directly in the cylinder (direct-injection engines) or just outside in what’s known as multipoint/common rail indirect injection.

If the fuel injectors stop working correctly, they’re much more likely to put insufficient gas or diesel in than too much. As a result, there is too much air per unit of fuel (even though there might be nothing wrong with the air intake system itself).

The fuel injectors may need replacing. An OBD II code reader may pick up on this during a scan.

This is more unlikely, but worth mentioning anyway, just in case.

If your car’s air filter (not the cabin filter!) is extremely clogged up or poorly fitted, air might reach the engine in gusts and gulps instead of a steady flow. This inconsistency could lead to the car randomly revving while driving or stationary.

Car Revving On Its Own – Too Much Fuel

Going back to our fire analogy, too much fuel going into the engine’s combustion chamber is like throwing more wood on the fire.

Again, it increases the temperature and power output of the motor.

The oxygen sensor measures how much O2 is in the exhaust gases. Modern cars have two. One sits before the catalytic converter just after leaving the engine, and the other is placed after it.

The first oxygen sensor works in conjunction with the EGR system. The data it relays back to the ECU helps the car decide whether the mixture is too rich (too much fuel) or too lean (too much air).

If the oxygen sensor stops working, the ECU could think it’s using too much air or fuel. Consequently, it might increase or decrease the gas or diesel injected into the chamber. This would cause the engine to rev up unexpectedly.

Oxygen sensors are one of the most likely problems to develop in modern cars. They stop working due to the heat from exhaust gases or the carbon accumulation from unburned fuel.

The throttle position sensor records how much air is going past the plate.

The ECU combines information the TPS sends with other data, such as that from the Mass Air Flow (MAF) sensor, oxygen sensor, and throttle body temperature sensor, to decide how much fuel it should inject into the combustion chamber for optimal ignition.

If the throttle position sensor is faulty, the ECU may instruct the fuel system to pump more fuel in that it should.

This would make the engine suddenly rev up.

The Exhaust Gas Recirculation system does precisely what it says on the container. It pumps exhaust gases back into the engine to be burnt again, improving fuel efficiency and power while reducing environmental pollutants. It’s a win/win.

The EGR Valve controls how many exhaust gases return to the combustion chamber to be re-burnt. If the valve gets stuck closed, the ECU could think there is more air in the cylinder than there actually is.

As a result, it’ll insert too much fuel into the chamber, resulting in irregular revving.

A fire needs three things: fuel, oxygen, and ignition. The spark plugs are the final piece of the puzzle: the ignition.

The spark plugs fire after the air and fuel mixture is mixed together (whether before or in the cylinder). A quick surge of high voltage (up to 30,000 Volts) electrical power creates a spark that ignites the fuel and burns using the oxygen.

Clean, fully functioning spark plugs shouldn’t be anything to do with your car revving up on its own while stationary or driving. However, old and dirty spark plugs eventually stop working efficiently. This leads to a misfire.

During a misfire, one or more of the engine’s cylinders aren’t putting out power consistently. The car will feel sluggish under acceleration and unbalanced while stuttering or stalling at idle. You might notice your gearstick vibrating noticeably in a manual transmission.

If your engine is misfiring and suddenly starts working again, the revs might increase. It shouldn’t be a dramatic rise, just a few hundred RPMs at most.

Use an OBD II code reader to find any evidence of ongoing misfires. Replace all the spark plugs if you suspect this is the problem – you need new ones relatively often anyway.

Why Does My Car Rev On Its Own? – Conclusion

This list isn’t exhaustive. There could be a deeper fault with the ECU or transmission (although, thankfully, this is unlikely). Other sensors, like the MAF (mentioned briefly), could also come into play.

A car revving on its own when driving is dangerous, especially if it’s a sudden and dramatic increase and you’re in low gear at the time. After all, it is the equivalent of stamping the gas pedal down to the floor.

Because of this, you need to get it solved immediately. Do what you can from home, but once you’ve run out of ideas or expertise, it’s time to get the professionals involved.

If you decide the car is safe to drive, carefully drive it to the shop. In an automatic vehicle, utilize neutral and apply the parking brake when you’re stopped to protect anyone around you.

Go slowly and carefully as much as possible. Alternatively, if this is too risky, use a mobile mechanic or have your car towed to them.

Repairs could vary from $30 (cleaning the throttle body) to $500+ (checking and replacing multiple deep-rooted sensors).

However, you can expect it to be fixed. It’s not likely to be one of those difficult-to-solve issues, and most technicians shouldn’t have any problem finding it. 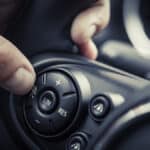