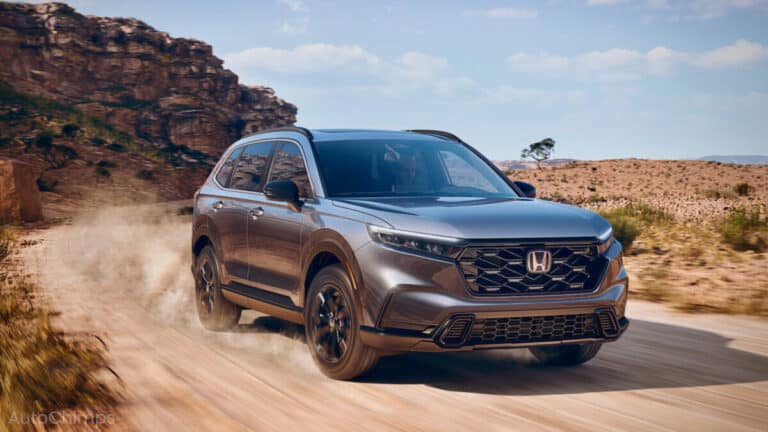 So, your Honda CR-V won’t start? Don’t worry; this page is full of ideas about what might be wrong.

You should note that whatever’s going wrong is unlikely to be a Honda-specific issue.

The list of faults here can affect any vehicle of any age. However, for clarity, you’ll find a couple of Honda CR-V common problems that might be related to starting.

How Does A Honda CR-V Start?

A Honda CR-V’s engine turns on precisely like any other ICE car. Understanding how it works will help you diagnose the root cause.

When you turn the key to START, it connects two terminals, closing the ignition switch. This activates an electrical circuit connected to the starter solenoid and motor.

The solenoid is energized by the current. The tightly coiled wires form an electromagnet when this happens. The electromagnetic field draws a plunger into position.

This plunger performs two simultaneous functions. It causes the pinion gear to jut out and mesh with the engine’s flywheel. At the same time, it connects two contactor switches, completing the circuit to the motor.

As a result, the high-current starter motor torques, spinning the pinion gear and thus cranking the engine.

When the flywheel turns, the pistons travel up and down (reciprocally) in the cylinders. This gives the engine the momentum to start running under its own power.

When you release the key, it cuts off the starting circuit. The solenoid no longer receives current (that is, it’s de-energized). Because of this, the pinion gear returns to its resting position, and the starter motor stops producing power.

The engine is now running.

In the system, as detailed above, there must be a fault.

It could rest anywhere from the ignition switch to the fuel injectors or spark plugs.

This might sound like a lot to comb through. Identifying what’s actually happening will make it much easier to zero in on the issue.

This guide will break down the potential problems into the three categories above. Depending on what your CR-V is doing, scroll down to the respective section.

Before delving in, here are some known CR-V problems that could affect the car’s starting. Contact a Honda dealership if you suspect your vehicle is suffering from one of these issues. It might be fixed for free – you never know.

Second-generation Honda CR-Vs had ignition switch problems. If the starting circuit terminals are affected, power won’t reach the starter solenoid. You won’t hear any noise at all.

Investigate if you have a Honda CR-V built between 2002 and 2007 and can’t hear anything when you turn the key.

Loss Of Battery Power Due To Parasitic Drains

This affects a seemingly random range of cars across all CR-V generations. There are different underlying causes.

If your vehicle’s suffering from this issue, you’ll regularly notice a dead battery. It can drain even overnight. Of course, that’s unacceptable.

The root cause of most of these is a parasitic drain. This is when an electronic component continues drawing current from the battery after you switch the car off.

Parasitic drains affect all manufacturers worldwide. Most do a scarily good job of sweeping it under the proverbial rug.

Two lawsuits are currently ongoing – one in California, the other in Iowa.

Honda TSB 12-041 – issued 11/8/2014. A sensor monitors the battery condition and selects the charging mode based on battery sulfation and driving habits. As a result, the battery won’t be fully charged when you turn the car off. You’ll need a software update.

If your car isn’t affected by these common problems, here are some generic starting issues.

If your CR-V is cranking but won’t start, power is reaching the starter solenoid and motor.

The problem, therefore, probably doesn’t rest with this component or the ignition switch. However, it could still be related to the battery.

The clicking noise you’re hearing is the starter solenoid engaging the plunger. The current is reaching the solenoid, but the starter motor isn’t cranking the engine.

Honda CR-V is Not Starting, No Noise At All

When you don’t hear anything at all, it means the starter solenoid isn’t activating. This could be due to the following:

How Do I Repair My Honda CR-V?

If your CR-V won’t start, it’s best to first check out the service bulletins. Have your VIN at hand. You’ll find it either on a door sill or at the bottom of the windshield.

If you identify that your car is affected by one of them, it’s actually good news. You might get the issues fixed for free.

Otherwise, most starting problems can be fixed with a new battery. A new alternator can go a long way sometimes, too.

Try jump-starting your car, ensuring you give it enough time for the battery to charge. If your CR-V won’t start, but the battery is good, a deeper issue is at play.

Have the starter motor tested. You might need a new one. Since these parts are intrinsically connected, it’ll also come with a new solenoid.

Finally, you might have to focus on misfires or electrical faults (including the ECU). These can be a more expensive diagnosis, mostly in labor rate charges.

Expect to pay the following:

Whenever any car doesn’t start, it can feel like the end of the world. Perhaps the most important thing is to stay calm. It’s probably nothing too serious, and you’ll probably be back on the road in no time.

Don’t be afraid to call breakdown services or a call-out mechanic if you need to.

One last thing to be aware of: Honda dealerships. If the problem stems from one of the service bulletins listed above, you could be in luck.

However, if it isn’t, it’ll cost much more to have the same repairs done. If you go to a dealership, ensure you get your car back before the technicians start diagnosis work. There’s no need to break the bank unnecessarily. 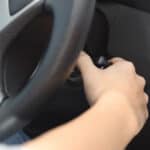 Does Your Car Crank But Won’t Start? Here’s The Fix