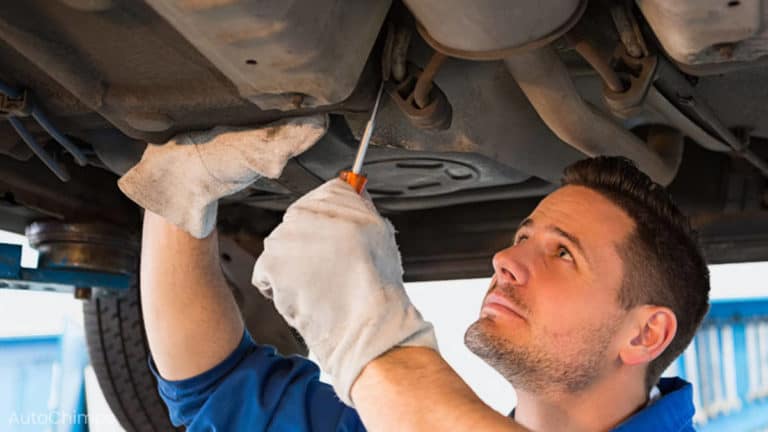 There are many reasons automakers are making a push toward electric vehicles.

The main one is to reduce emissions, which is the number of gases and particles exiting the tailpipe. However, until the internal combustion engine is totally phased out, we will have to rely on catalytic converters to achieve this goal.

What is a catalytic converter? It is an emissions control device located near the exhaust manifold that reduces the toxicity of what comes out of the tailpipe. If yours is failing, it will no longer be able to do this effectively, meaning your car likely will not pass a smog test.

Thankfully, in this guide, we will cover everything you need to know about catalytic converters.

We will first take a closer look at what it is and how it works. Then, we’ll examine a few of the main signs that suggest yours is failing (or has already failed).

Lastly, we will review what causes a catalytic converter to fail and how much it costs to repair or replace one.

What Is A Catalytic Converter, And What Does It Even Do?

Gasoline is made up of hydrocarbons, which is an organic compound consisting of hydrogen and carbon. In a perfect world, igniting all of these (including oxygen) would produce a harmless combination of carbon dioxide and water.

However, because of the heat inside the engine, the reaction isn’t perfect.

Instead, it creates molecules that don’t naturally exist. As a result, carbon monoxide is made, a toxic substance that depletes the ozone layer. Additionally, if any of the hydrocarbons don’t burn up, they are also released into the outside air.

Here’s where a catalytic converter comes in, which was first patented back in 1950 by Eugene Houdry, a French chemical engineer.

How does it work?

The components inside act as a catalyst to help convert these toxic substances to something less harmful. Hence the name: catalytic converter.

What’s inside a catalytic converter? First, there’s ceramic, which doesn’t react with anything but gets super hot, allowing the reactions to occur.

Platinum and rhodium pull oxygen off the nitrogen atoms, causing the harmless nitrogen to exit the exhaust.

Then, platinum and palladium use the remaining oxygen molecules by combining them with carbon monoxide to create CO2. Not only that, but they’ll oxidize any leftover hydrocarbons as well as they pass through.

How does your engine optimize these reactions? It’s controlled via the electronic control module (ECM), which gets its data from two different oxygen sensors. One is located before the catalytic converter and one after.

Now that you have a better idea of what a catalytic converter is and how it works. Let’s look at a few of the main symptoms you might experience that suggest yours is failing.

What Are The Signs Of A Faulty Catalytic Converter?

Your ECM takes data from the various sensors inside the engine to optimize the air/fuel mixture inside the combustion chambers.

As we mentioned earlier, there are two sensors on a catalytic converter, one before it and one after. If there’s a blockage inside, the ECM will compensate by injecting more fuel, therefore lowering your fuel economy.

If you’re in your car and suddenly notice the stench of rotting eggs, don’t blame the other passengers just yet, because it may be your catalytic converter.

Why? Because gasoline contains a small amount of sulfur, which gets converted to hydrogen sulfide during the combustion process.

If the catalytic converter is functioning as intended, it will then convert this sulfide into odorless sulfur dioxide.

If it isn’t, the hydrogen sulfide will exit the tailpipe before conversion, which is what creates the odor.

Your Car Failed Its Emissions Test

Most states require that your vehicle passes an emissions test to ensure it’s not putting out excessive amounts of pollutants. Certification lasts for 1-3 years in most places and usually costs between $30-$90.

A car that is not certified is labeled unfit to be driven, meaning if you get pulled over, you’ll likely receive a fine. Not only that, but if you go to renew your registration on a vehicle that can’t or hasn’t passed, they won’t let you do so.

If you receive the fateful news that your car has failed its smog test, there’s a good chance there’s a problem with your catalytic converter.

If you’re like most people, you have a love/hate relationship with your check engine light.

Sure, it’s always alarming when it shows up, and it usually means you’ll need to spend some cash to take care of it. But if you inquire about the cause as soon as it lights up, you’ll likely prevent whatever it is from becoming worse.

The ECM takes the data from the two catalytic converter oxygen sensors. If they detect that the exhaust gases aren’t catalyzing properly, the ECM will illuminate the check engine light.

Having an engine light appear doesn’t specifically mean it’s the catalytic converter. But you can take your car to a shop or use an OBDII scanner yourself to be sure.

One of the most common signs that indicate a problem with your catalytic converter is poor acceleration.

This usually occurs when it becomes too hot for an extended period, which causes the components inside to melt.

This can lead to a blockage inside that restricts the exhaust flow. In this case, you’ll need to have it repaired/replaced. Though, it’s also possible that there’s a buildup of carbon, which can be easily removed using a specialty cleaner.

What Causes A Catalytic Converter To Fail?

The good news is that most catalytic converters will last between 10-15 years, mostly because there are no internal moving parts.

However, just because they have a long lifespan does not mean the surrounding components do. If they aren’t working correctly, it can reduce how long your catalytic converter lasts.

A few possibilities that may cause it to fail include:

How Much Does It Cost To Repair/Replace A Catalytic Converter?

There is no set price for catalytic converter repairs, though they can range from about $1,000 to as high as $2,500.

What affects the price you pay?

For the make and model, it all comes down to rarity and complexity. A catalytic converter replacement for a 92 Civic is far less costly than on something like a BMW X3 or a Saab 9-3.

One way to keep costs low is to purchase a universal-fit catalytic converter rather than one built specifically for your model.

However, keep in mind that these are never as efficient as an OEM product and may void a factory warranty if it is still in place.

As for repairing a catalytic converter, it is usually better to replace it and track down what caused it to fail in the first place.

Sometimes it is possible to clean a clogged one, just do not forget to determine why it happened. 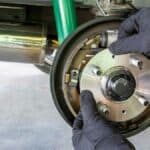 Symptoms Of A Bad Wheel Bearing And Replacement Cost