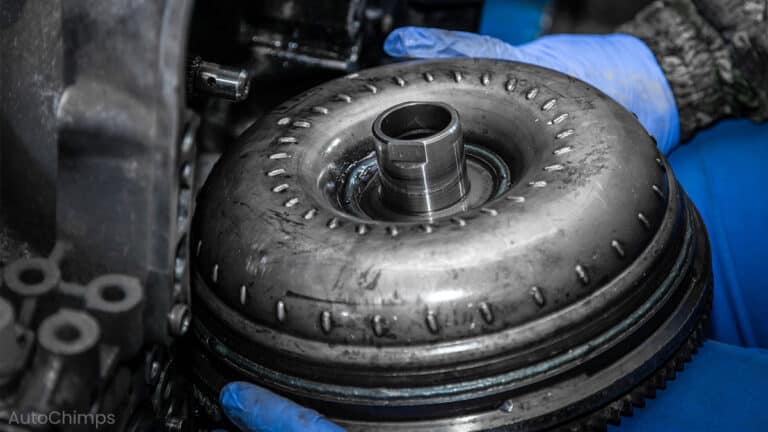 A torque converter is a vital part of an automatic transmission. Simply put, this device takes torque created by the engine and converts it into hydraulic pressure for gear shifting.

If your car’s torque converter starts acting up, you’ll want to address it promptly to avoid further complications.

What are the symptoms of a bad torque converter? These are the seven most common signs reported by drivers:

How much does it cost to fix a torque converter? Depending on parts and labor, repair/replacement costs range from about $500 to over $1,500 at a shop. In many cases, it’s best to replace a faulty torque converter rather than attempt a repair.

This guide will examine the above symptoms and costs in more detail. We will also review what causes torque converter failure and what can happen if you ignore the issue and continue driving.

Want to learn more about how torque converters work? Check out this simple visual explanation by Lesics, a popular YouTube engineering channel.

7 Symptoms Of A Bad Torque Converter

The most common sign of a torque converter issue is transmission slip, a topic we’ve covered extensively in another guide.

A slipping transmission will randomly “slip” out of gear, resulting in shifts often described by drivers as sluggish, slow, and rough.

A healthy vehicle will feel smooth when idling, with RPMs remaining mostly consistent. However, torque converter problems can cause a rough idle.

RPMs will rise and fall sporadically, leading to shaking and vibrating throughout the car. You may also hear odd slipping/skipping sounds.

Pressing on the gas pedal should result in a steady speed increase, with RPMs rising and falling consistently between gear shifts.

An issue with the torque converter can cause sluggish, rough acceleration. Shifts can occur randomly, and the transmission may hesitate, upping the odds of an accident.

Depending on how far the problem has progressed, a bad torque converter can also lead to the transmission not shifting at all.

You may be able to move from Park to Drive, and RPMs will still climb, but the gears won’t lock into place.

Automatic transmissions shouldn’t make much noise when shifting gears. Yet, if your car’s torque converter is struggling, you’ll likely hear some odd sounds.

Drivers mention noises like clunking or knocking during gear shifts. You may also experience whirring, shuddering, or rattling sounds when accelerating.

Torque converters are filled with automatic transmission fluid (ATF) and need it to function. With this in mind, if an ATF leak develops, you’ll want to address it quickly.

Most ATF brands are dyed for easy identification. Look for a dark red puddle of liquid under the middle/front of your vehicle.

A dash indicator may also appear if your torque converter is having problems. Specifically, cars equipped with ATF temperature sensors may display a warning light if things get too hot.

A healthy gearbox should measure roughly 175 degrees Fahrenheit. Overheating starts at 200 degrees, when the ATF begins breaking down.

The most common causes of failure include worn bearings, damaged seals, and a bad clutch solenoid or plate. A working torque converter clutch is crucial, as that’s what mechanically engages/disengages the transmission from the engine.

No matter the exact cause, the unit must be disassembled to perform a repair, a time-consuming task. For this reason, it’s often best to simply replace a bad torque converter.

How Much Does Torque Converter Replacement Cost?

Most shops charge for five to 10 hours for replacement at an hourly rate of $75 to $130. How much does a torque converter cost? Expect to spend between $150 and $350 on the unit itself.

Using these figures, the total cost to replace a torque converter ranges from $525 to $1,650. Sites like RepairPal, ItStillRuns, and more confirm similar ranges. Surprisingly, discussions on several Reddit automotive threads reveal owners have even paid over $2,500.

Regardless, converter replacement costs far less than swapping out the gearbox, which usually runs at least $5,000. To ensure the issue doesn’t progress to this point, you should promptly address any symptoms of a bad torque converter.

Can You Drive With A Bad Torque Converter?

Yes, it is possible to drive with a bad torque converter. However, the unit will eventually fail, resulting in the transmission no longer being able to shift gears.

Moreover, driving with a faulty converter can harm the engine and gearbox, which are both far costlier to repair.

Following a routine service schedule is the best way to extend the life of your torque converter, not to mention the rest of the vehicle. 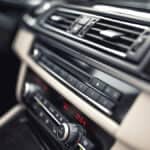 Symptoms Of A Bad Car A/C Condenser And Replacement Cost