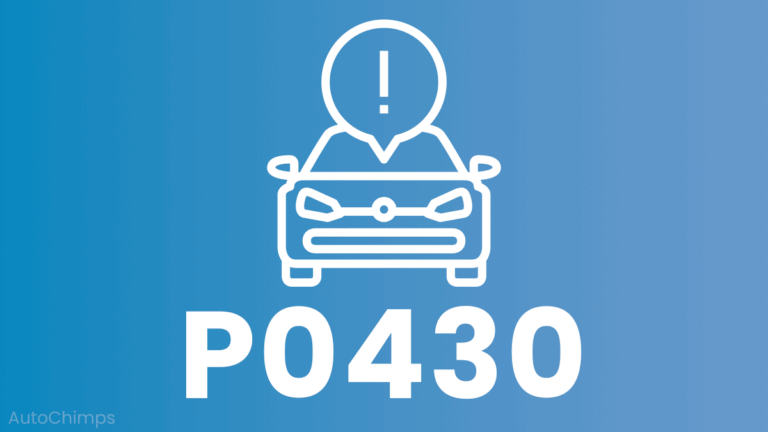 So, your Check Engine Light has come on. You’ve plugged your OBD II code reader in, and it’s bringing up a P0430 engine code.

What does that mean? Is it important? And should you get it fixed right away?

This guide will answer all those questions for you.

The P0430 diagnostic trouble code is defined as:

The “Catalyst System” refers to the catalytic converter (or “cat”). This sits in your car’s exhaust system and is responsible for reacting with harmful exhaust gases. That way, cars are less damaging to the environment and locals.

When you see this error message, the catalytic converter’s “efficiency [is] below [the preset] threshold.” In layman’s terms, it’s not working as well as it should.

“Bank 2” refers to the side of the engine and subsequent exhaust pipe in which the problem lies.

There are two oxygen sensors in each exhaust pipe: one before the cat, the other after. Cars with V-engines have one exhaust pipe for each half (or “Bank”) of the “V.”

In this case, an oxygen sensor in Bank 2 (the side is defined by your manufacturer) detects more exhaust gases than it should.

Your first and most obvious symptom will be the presence of the Check Engine Light (CEL). That’s a given.

If the reason for your P0430 code is a failing catalytic converter (more on causes below), your car will fail an emissions test.

Getting an emissions test is one way to confirm that the problem is your cat rather than an oxygen sensor.

When your catalytic converter stops working efficiently (below the threshold), it stops converting all the gases into water.

That’s the unfortunate smell of rotting eggs. In short, this odor is another sign of a failing catalytic converter.

You get this because of the ECU’s default settings. Left alone, your engine would just carry on churning out noxious gases. It wouldn’t impact the engine power itself.

However, modern cars are built to be as environmentally friendly as possible, with systems like EGR and, of course, the catalytic converter. To counter the number of toxic fumes, your ECU will send less fuel to be burnt.

As a result, you won’t pollute the local area quite so badly – but you’ll be significantly down on power.

Here are the most common causes of the P0430 code:

Is your car getting on a bit? The catalytic converter is, like everything, a perishable part.

It has a limited quantity of catalytic materials to react with exhaust gases. Inevitably, these will deplete with time.

The cause of the P0430 is likely to be just what it insinuates: you need a new cat.

Oxygen sensor failure isn’t too common, but it does happen. Failure tends to be related to high soot content.

If either oxygen sensor records incorrect readings, the P0430 code will show up.

If Bank 2 of your engine produces more exhaust gases and particulates than it should, it’s throwing all of this through the cat.

No matter how efficient your catalytic converter is, it can’t react with all this material.

The result? The Bank 2 downstream readings won’t be as low as the ECU expects.

Inefficient combustion could be caused by the following:

With time, you might also see oxygen sensor failure as particulates cake up on them.

In some cases, the Check Engine Light is the first and sometimes the only sign of something wrong.

First, rule out misfires and other forms of inefficient combustion. Checking your spark plugs for soot residue is an excellent way to tell what’s what. Get a mechanic’s assistance to do a pressure test and review the basic engine components.

After that, your best option is to go for a voluntary emissions test. If your car passes, the problem lies with one of the sensors. If it fails, the catalytic converter is probably the root problem.

Whatever you find to be the reason for the P0430 will need replacing with a new OEM part.

The cost of repairing a P0430 code depends hugely on what’s causing it.

As mentioned, you’ll need to replace the relevant part – whatever it turns out to be.

Below, you’ll find estimates of what you can expect to pay.

You might not consider oxygen sensors or your catalytic converter essential – but they are.

Ignore the internet full of armchair mechanics. Bypassing a cat with an aftermarket, non-OEM exhaust is illegal and immoral. It will boost performance, yes, but it’s so bad for pedestrians, locals, and nature.

Your car requires these parts to function correctly. Without them, you’ll struggle to get anywhere.

Although they’re expensive, leaving them will lead to further problems. You’ll end up paying even more in the long run.

Head down to your local mechanic now for a new set. Of course, if you’re competent, don’t be afraid to have a go yourself. 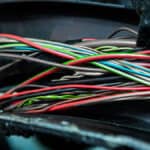