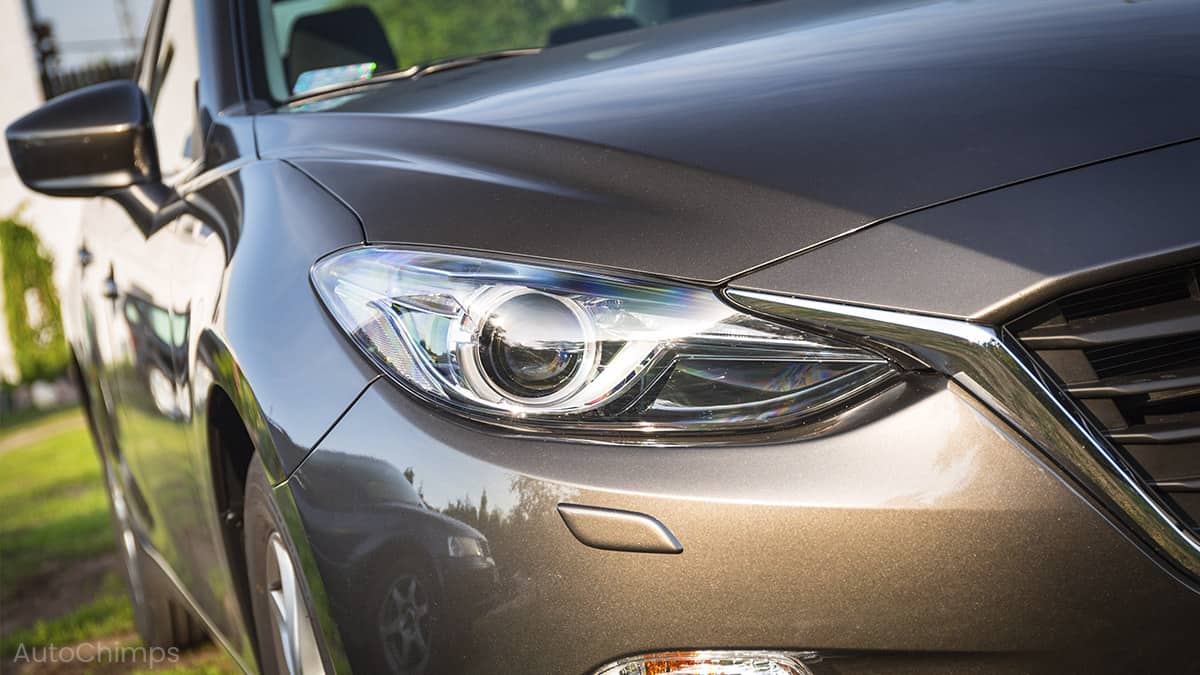 If your car won’t start, but the radio and lights work, you might be confused about the problem. However, don’t worry. This isn’t an uncommon situation, and the answer is likely to be a reasonably simple fix.

The root of the problem is most likely the starter solenoid. However, it could be battery-related (even though the radio and lights are still working) or stem from faults in several other components.

By establishing a couple of factors, you’ll be able to better identify the issue. At the very least, these will help a mechanic when you first take your car into the shop.

So, your car won’t start, but the radio works?

How Does A Car Engine Start?

Before delving into why your lights work, but the car won’t start, it’ll be helpful to take a quick look at how your car’s starting system works. By understanding this, you can see the root cause and why your engine won’t start.

When you turn your key in the ignition (or press the key or button in some newer cars), a switch is activated – the ignition switch. This completes a circuit, sending electrical power to the starter solenoid.

An electromagnet triggers the solenoid, simultaneously pushing the starter pinion gear out to intersect with the flywheel. The solenoid completes a circuit across two terminals, activating the starter motor. The pinion then spins, turning the flywheel and thus the crankshaft, giving the engine the momentum it needs to get working under its own power.

As you release the key, the circuit is interrupted. Therefore, the pinion gear stops turning and returns to its resting position. The engine should be running alone by now.

If you’ve ever accidentally turned the key while the engine’s running and heard that wincing grinding noise, you’ll have inadvertently tried to engage the pinion gear with the already-spinning flywheel. This can cause significant damage, so try to avoid it.

Car Won’t Start, Radio And Lights Work – What Happens When You Turn The Key?

Your car won’t start, but the radio and lights work – what could be the problem? Well, it depends whether you hear:

Feel free to scroll down the page to the section relevant to you.

If You Hear… Nothing At All

So, your lights come on, the radio works, but your car won’t start, and you hear nothing. This means neither the starter motor is receiving power and thus represents a problem with the starting ignition system.

Specifically, this could be either the battery, the starter solenoid, or the ignition switch.

When the electromagnet in the starter receives power from the battery, the current passes through the coil. This created a magnetic field, attracting the solenoid.

The solenoid is attached to the pinion gear and completes the circuit by connecting two terminals across it.

If the starter solenoid isn’t working, you won’t hear a click, and no power will be going to the motor. Therefore, there’ll be no sound at all.

However, nothing interferes with the battery and its electrical connection to the lights and radio. The starter solenoid is the most likely problem if you don’t hear a click, but the radio and lights work.

Poor electrical terminals, grounds, and other connections could also create this problem. Of course, for the radio and lights to work, the circuits must be complete between the battery and the electrical appliances. It’s assumed the battery itself is also working properly.

The electrical connections and grounds to the starter could have become loose, dirty, or corroded. Either of these would impede the current flow and prevent it from working but wouldn’t interrupt the circuits for the lights and radio.

If you’ve worked with starter motors before, you’ll be comfortable working on this fix yourself. Cleaning or replacing the washers and checking the surrounding wiring may well mean the car starts when you next turn the key.

However, if you’re not familiar with the starter, it’s better to leave it to a professional. When reconnecting the motor, it’s very easy to accidentally create a short circuit by accidentally connecting a live wire to the motor’s metal casing.

When you turn your key, it closes the ignition switch, completing the circuit to start the engine. If this switch is broken, the power will never reach the starter motor – even if the battery is working well.

The ignition switch can be tricky to change by yourself and usually involves removing quite a lot of the dashboard trim. It’s probably better to take your car to a mechanic to change it for you if you’ve eliminated all the other possibilities.

Equally, the ignition switch fuse could have blown. Check out your fuses to see if this specific one is still intact.

If it’s blown, you’ll, of course, need a new one. However, remember that blew for some reason. Something caused an electrical overload, so you’ll need further diagnostic work to determine the underlying circuit problem.

When you turn the car key and hear a click with the lights and radio working, electrical potential is reaching the starter solenoid. That’s the sound you’re hearing.

If the solenoid’s working, the pinion gear must also be jutting out to intersect with the flywheel’s teeth. However, it’s not receiving enough power to spin the pinion and, therefore, the crankshaft.

Hearing a click means that the solenoid is engaged and active. However, something at this point is preventing the starter motor itself from turning.

The most likely issue is a partially discharged battery. Although it must still have some power – the lights and radio are working – the starter motor draws a significant amount of energy. It certainly takes a lot more to start the car than run the headlights.

Thus, the lights and radio might still be working, even if the battery is almost completely discharged. If this is the case, you’re likely to notice dim lights (including the dashboard lights) and a radio that struggled with higher volumes, as this requires more electrical energy.

Check the battery’s condition using a multimeter across the two terminals. Ideally, you’ll be looking for 12.6 Volts (exactly). If you see anything heading down to or past 12.0 Volts, the battery needs replacing – it’s not holding charge well enough.

Alternatively, you could use a battery tester (which is essentially a glorified ammeter). This will tell you the battery’s condition and can also be used for testing the starter motor and alternator once you have the car running.

You may prefer to try jump-starting your vehicle. Connect the positive (+) RED leads first before attaching the black lead to the working car’s negative (-) BLACK terminal and an unpainted earthing spot in the dead vehicle’s engine bay.

Start the working car and run it for a few minutes. Gently pressing the accelerator to increase the revs will help charge the discharged battery faster. Now, leaving the running vehicle idling, switch on the other car.

If everything’s worked and the other vehicle’s engine starts, switch off both cars before disconnecting the jump leads in the reverse order: BLACK, then RED.

It should now start by itself. Take the car for a reasonably long and fast journey (at least half an hour) to allow the alternator sufficient time to fully recharge the battery.

You might still be facing starting problems the next time you come to start the car. In this case, replace the battery and check the alternator. At least one of them is probably damaged in some way.

If your car won’t start after a jump, but the lights still work, you probably need to leave the jump leads connected for longer. As mentioned, try sitting in the working car and raising the revs to 2,000 to 3,000 rpm for a few minutes. This should get the other one working much quicker.

If the problem persists, again, you’ll need a new battery.

These terminals could come loose, get damaged, or get dirty or rusty. Any of these could prevent the electrical flow from reaching the motor itself, even though the solenoid has activated as usual.

You might be able to remove the starter motor, detach the solenoid, and strip it down to clean or replace the terminals. However, if you’re having the work done by a professional (recommended!), this will take much longer than simply replacing the entire starter motor unit (including the solenoid). It’s generally cheaper and more efficient (from an individual point of view) to just swap it out for a new one.

While it would be unusual for a starter motor to get damaged, it’s always possible. A broken starter motor – whether that’s due to an electrical overload, dirt, or physical impact trauma – would be receiving power but be unable to do anything with it.

The starter solenoid would also still be drawn back by the electromagnet, creating the clicking sound.

Use a multimeter to find out if the starter motor is operational. Without a detailed investigation, it might be difficult to tell whether there’s a problem with the motor or the solenoid terminals.

Either way, the result is usually the same: you’ll need an entirely new part.

Alright, engines don’t just seize randomly overnight. However, if you were driving and it suddenly rattled to a sudden stop, it may have locked up. You’ll probably have noticed a temperature spike beforehand.

Many things could have caused your seized engine, such as a lack of coolant or motor oil. It basically means you’re not going anywhere. The only fix is an engine replacement.

The battery will probably still work. That’s why your radio and lights might turn on even if the car won’t start.

If You Hear… The Car Turning Over But Not Starting

If the radio turns on, but the car won’t start – but it will turn over – the possible causes are almost endless. Instead of going into too much detail in this article, you’ll find links to several other pages which can address your issue more closely.

Hopefully, it’s a simple discharged battery. A quick jump start or bump-start will soon have you on your way. You might need a new battery, and you should get the starter and alternator checked at the same time.

If it’s not the battery, the root cause could be any of the following (or more):

If it’s not battery-related, the root cause of your car turning over but not starting is likely a misfire. However, it’s probably a misfire in several cylinders – not just one.

You can try using an OBD II code reader to find any faults the ECU may have stored. Otherwise, you’ll need some reasonably complicated specialist diagnostic work from an automotive electrician.

Your Car Won’t Start But The Lights Work? Concluding Thoughts

If your car’s lights and radio are functioning, there’s at least some power coming from the battery. It takes much less energy to work the headlights than the starter motor.

If it’s not the battery and the engine won’t crank, the fault is likely in either the starter solenoid, starter motor, or ignition switch.

Take your car to a trusted local mechanic or automotive electrician for most electrical repair work. That being said, don’t be afraid to do some investigating of your own. The technician will always appreciate every bit of input you have.

In summary, don’t worry too much. If you can’t jump-start your car, you might need to have it towed or call a call-out mechanic. However, the issue is unlikely to be anything too serious or expensive. You’ll probably be back on the road within a few hours, maximum. 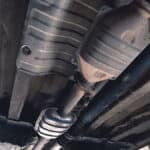 Can You Drive Without A Catalytic Converter?