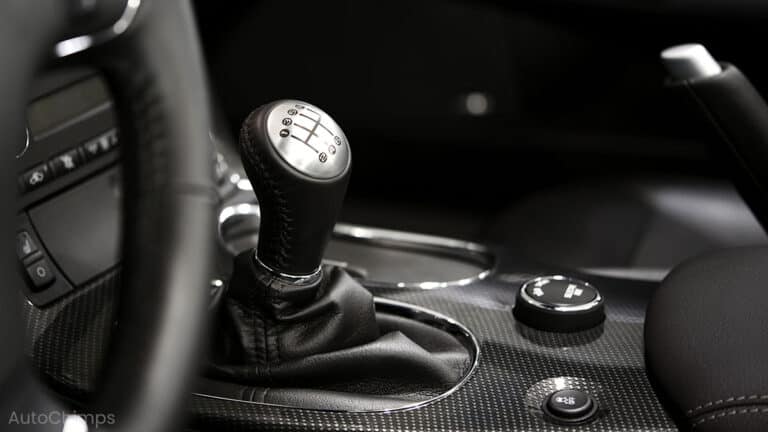 The automatic transmission was invented to make life easier for a driver. A century ago, most cars were created with manual (“stick shift”) transmissions, but they were big, clunky, and often required in-depth training.

In many parts of the world – most notably, the US – the automatic soon became the standard. However, there are still many areas where the manual is seen as superior.

But which is better in terms of speed? Is a manual transmission faster than an automatic when changing gears?

Find out in this guide.

Automatic vs. Manual: Which Is Faster?

Like most questions along these lines, the answer is: it depends. How old is your automatic transmission? How good is it? Is it designed for performance or comfort?

Some people will give you what, in their eyes, is a definitive black-and-white answer. However, in reality, it’s entirely dependent on your vehicle, its specs, and its condition.

Does Transmission Type Make A Difference To Speed?

Yes, but again, it depends on a few factors. In some cases, a manual transmission will be faster. Sometimes, you’ll want an automatic.

An experienced driver could quickly dip the clutch, shift up a gear, and release the pedal in a tenth of a second. However, the engine speed will have to match up with the transmission, which may take another couple of tenths.

This period is less in cars with lighter flywheels – that is, performance and small vehicles.

Note: although you can throw a manual transmission from gear to gear very quickly, it doesn’t necessarily mean you should. It’ll be significantly more wear on the drivetrain.

Automatic gearboxes can shift faster than manuals, although their shift times are set in stone. Performance road cars generally change up or down a gear in about 200 milliseconds (two-tenths of a second). Standard passenger cars, like SUVs, could be up to half a second.

There are, as always, some exceptions to these numbers. Of most interest is the Ariel Atom V8, reported to have a shift time of 4 milliseconds. Crazy.

Is A Manual Car Faster Than An Automatic?

In basic passenger road cars, yes – a manual car is faster than an automatic one. If you’re taking your daily driver off to a race (of any kind – drag, track, drifting, etc.), you’ll almost certainly be better off in a manual than an automatic.

This comes because of control. A manual gearbox, all experts will agree, gives the driver better control of the car in most everyday situations.

In a “speed” situation, you can decide exactly when to change gear, knowing that everything will happen exactly when you tell it to – not a moment too early or too late.

When Is An Automatic Faster Than A Manual?

When it comes to race cars and performance vehicles like supercars, paddle or lever-controlled sequential transmissions are often used instead.

These can handle the intense forces coming from the engine while changing gears quicker than a person could. That’s why you see them in F1, rallycross, and so on.

Flappy-paddle automatic transmission is when the car comes with two “paddles” behind the steering wheel. Pull one to shift up a gear; pull the other to shift down.

Flappy paddles are almost exclusively used on performance cars, so if your vehicle doesn’t have them (and it almost certainly doesn’t), you have a standard automatic transmission designed for road use. Not the track.

While this might be quicker than leaving it in Drive, the delay from signaling a gear change often means you’ll hit the red line limiter. This would bring an end to your momentum, making acceleration slower overall.

What Are The Benefits Of A Manual vs. Automatic Transmission?

Whether a manual or an automatic is best for you depends on your usual driving style and route.

A manual is right for you if you want better fuel economy, more car control, faster acceleration (compared to a basic automatic), lower repair costs (in general), and a better driving experience.

You will, however, need to learn how to operate it properly. In many parts of the world, it’s virtually compulsory to learn to drive in a manual.

In contrast, an automatic is best if you don’t want to be changing gears multiple times per journey. It’s about ease and comfort and is probably best if you do a lot of city driving.

You’ll sacrifice many other things – mpg, acceleration, car control, etc. – but your left leg might thank you.

What Other Options Are There?

These days, the rise of hybrids and EVs mean some cars aren’t really automatics or manuals. In these vehicles, power and torque get delivered straight to the wheels. There’s often no need for a typical drivetrain whatsoever.

If electric cars continue to rise in popularity, the manual vs. automatic debate will become virtually obsolete. EVs are far quicker than both of them off the line, and it probably won’t be too long before they’re smashing speed records, too.

But, until that day, what’s faster? A manual or an automatic?

The answer is probably a manual transmission, provided you can drive it well unless you get a performance sequential automatic. The latter will almost certainly outperform the former on a modern vehicle. However, both are superior to most basic automatic transmissions.

A manual might be faster, but if you constantly ram it mercilessly into gear, you’ll damage it. If you’re deciding on a car for long-term daily use, consider that too. Maybe an automatic is best, after all. 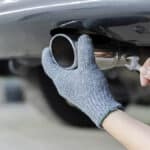