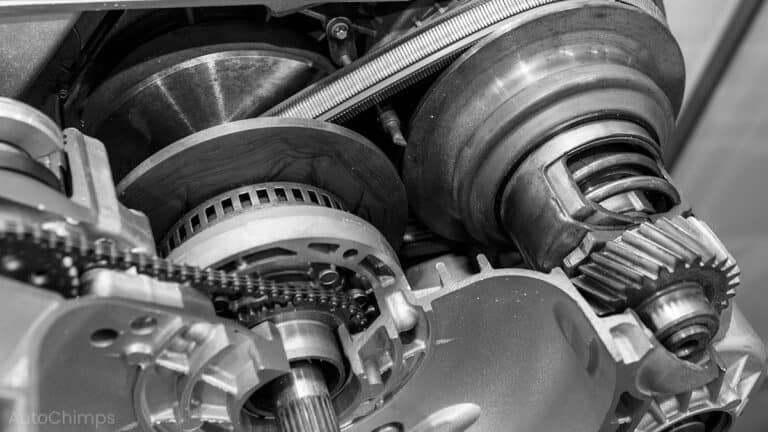 Continuously Variable Transmissions don’t have the best reputation in the industry. They’re known for their terrible noise and lackluster performance.

In recent times, though, that’s changing. CVTs are becoming more popular as manufacturers invest more money into them.

However, they offer great benefits, mostly around fuel economy and emissions. Bear in mind, too, that Formula 1 banned teams from developing CVTs in the 90s – they were considered to be too much of an unfair advantage! So they can’t be completely useless!

Older CVTs weren’t very good. But that’s to be expected. These things take time to be developed. The first of anything is rarely excellent.

Honda CVTs are known for their reliability, contrary to what the internet will tell you. That said, here are a few things to watch out for.

What Is A CVT (Continuously Variable Transmission)?

A Continuously Variable Transmission is (no surprises here!) a type of transmission. Rather than being limited to a set series of gear ratios, a CVT can achieve any ratio within a certain range.

Manual gearboxes work by connecting input and output shafts of various ratios. The result is differing output speeds from the engine to the wheels.

Automatic transmissions are similar. Different gear ratios can be formed with a series of planetary and ring gears and clutches.

A CVT is, in many respects, simpler than both. However, the technology has yet to see worldwide investment, so there are still a few niggles.

Variations of the CVT can be found in many road-going cars. They’re most popular with Honda, Nissan, and Toyota.

The most common type of CVT for the passenger car industry is the Pulley-And-V-Belt model.

Continuously Variable Transmissions work using two conical pulleys and a connecting steel V-belt. One of these pulleys is the input; the other is the output. By simultaneously adjusting the width of each pulley using sheaves, the ratio can be changed.

Remember, these pulleys are conical. Think of each side like an upside-down bowl. As the bases of these two bowls get closer, the gap between them decreases. A wide belt sitting on the outside of the “bowls” will sit higher or lower as they get further away or closer together.

The belt will always sit securely (in theory!) as the pulley width varies.

This means the gear ratio between the input and output can always be adjusted. In other words, it’s “always variable” or “continuously variable.”

In theory, CVTs mean the engine can quickly adjust to road conditions. It doesn’t have to cycle through the gears, making it much more effective.

In real life, though, CVTs aren’t perfect. The belts stretch and fail over time. The transmissions can slip and overheat. And the noise of old models! Even when they’re working, the incessant droning is worse than listening to a political debate on repeat.

Practically, the biggest problem with CVTs is that they can’t transmit much torque. It depends on the pulleys and the belt, which is a fragile system. That’s why you don’t see CVTs on most 4x4s or trucks. Towing or hauling with them is a big no-no. It’s also why most are paired with batteries in a hybrid.

What Honda Models Are Known For Poor CVT Reliability?

Many sources suggest that the problem time for Honda CVT reliability was the late 90s and early noughties. The Honda Odyssey, Accord, and Civic often come up.

Perhaps. These facts are hard to verify since they’re based on submitted owner reviews.

It seems more likely that, during this era (when CVTs were becoming more widely used), there would be more complaints. The whole system was still in its early stages, and development is ongoing even today.

Therefore, it’s hardly surprising to see some of Honda’s most popular models on the list of those “known for CVT unreliability.”

In fact, many of the online articles bashing Honda’s CVT reliability clearly haven’t done their research. Honda has a much better record than other manufacturers – Nissan, for example. In fact, it could be argued that they produce the best CVTs on the market.

So, if you’re buying a high-mileage Honda with a CVT built between 1996 and 2004, yes. Check for work on the transmission. You’d undoubtedly run into some issues at some point soon.

Otherwise, Honda has a pretty good record with CVTs. If fuel economy and reliability are what you’re after, it’s an excellent way to go!

There have been two major Honda recalls concerning CVTs.

If you have either of these models and aren’t sure if the car was recalled at the time, get in touch with Honda. Alternatively, go to NHTSA.

How Long Do Honda CVTs Last?

You should expect a Honda CVT to last just as long as any other transmission. With older CVTs? Maybe a little less.

There’s no reason to think that a Honda CVT wouldn’t last as long as any other manufacturer’s, either.

A modern Honda CVT should comfortably last at least 200,000 miles. Of course, that’s provided it’s well maintained throughout its lifespan.

In short, it’s sensible to be wary when buying an older, high-mileage car. The CVT may well be on the way out. But you’d have the same air of caution around a standard automatic transmission. The fact it’s a CVT makes little to no difference.

If you buy a new Honda, the CVT will be covered by a warranty for at least three years. Some warranties will protect you from CVT repair costs for five years.

How To Look After Your Honda CVT

You don’t need to do anything special to look after your Honda CVT. In fact, aside from keeping the CVT fluid topped up, there’s very little else you need to do.

Stick to the service plan, too. That way, licensed mechanics can check your CVT yearly to ensure it isn’t developing any faults.

Again, this is the same as any other transmission. It’s there, but you rarely think about it.

Here are a few things to keep an eye out for. They might indicate that your Honda CVT is failing.

CTVs use transmission fluid, the same as all other types. It lubricates the moving parts and keeps friction (heat) at bay, protecting the component.

When you notice CTV fluid dripping, more severe problems will quickly develop. This might involve new seals or gaskets. Get it fixed as soon as possible.

A CVT is well-known for making a not-very-attractive whining and droning sound. However, if that noise becomes deafening, you should get it looked at.

It could signify the belt coming loose or the pulley drive shafts failing.

3. Shuddering Or Jerking Under Acceleration

When a CVT overheats, bearings and mounts can start to fail. This makes the CVT rattle around, leading to shuddering or jerking.

It’s more noticeable under acceleration because the system is subjected to maximum torque.

As has been established, CVTs aren’t used on sports cars. As a result, you’ll never be winning drag races with them. Well, not yet, at least.

If your Honda struggles under acceleration, it could be a symptom of a failing CVT. The belt could be slipping, or the pulleys could be losing hydraulic pressure, meaning the ratios can’t be altered well.

A burning smell could come from pretty much anywhere in a car. Nevertheless, it isn’t something you’re supposed to be aware of.

It probably has nothing to do with the transmission, but you should stop and check it out. The CVT could be overheating if the belt is failing or there’s a transmission fluid leak.

What To Do If Your Honda CVT Is Failing

If your CVT is breaking, you’ll have to take your Honda to a mechanic or dealership immediately. The longer you leave it, the more costly it’ll be and the more damage it’ll do.

Check whether the damage is covered by a warranty or a historic recall. It’ll need fixing either way, but you might get some (or all) money off.

You might need to look at a CVT rebuild. Thankfully, Honda CVT replacements tend to be less expensive than their competitors. However, it’s still quite a lot. Think $3,000 to $6,000.

If you’re driving a particularly old model, it’s worth evaluating how much the car itself is worth. In some cases, it might be more financially worthwhile to scrap/sell it. If the repair costs more than the car’s worth, don’t bother. Get a new one.

Should I Buy A Honda With A CVT Or An Automatic Transmission?

The best transmission for you might differ from the best one for someone else.

In general, look at CVTs if your primary concern is fuel economy and environmental pollutants. They’re better in this regard.

In reality, there’s not much difference between the two for most daily drivers. The CVT might be smoother than the average automatic transmission, but it’s certainly louder. And the noise can be pretty annoying. High-end models like those in the Lexus range are often quieter than most.

While a CVT undoubtedly isn’t for everyone, don’t rule it out! And as the technology develops, we’ll probably see CVTs outperform all other transmission types in the future! 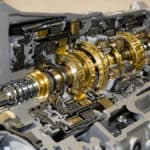