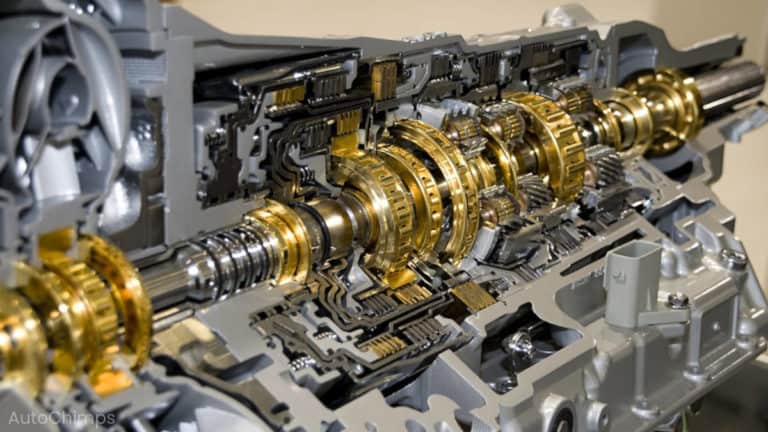 Imagine this: you hop in your car, put it in Reverse, and back out of the driveway.

Then, when you go to put it in Drive, it hesitates, makes a loud “clunking” sound, and then starts acting normal again.

How much do transmission repairs cost?

However, the cost to repair a transmission pales in comparison to how much you’ll spend on rebuilding or replacing one.

Sadly, if you forego a much-needed repair, you will eventually find this out the hard way.

Thankfully, this guide will cover everything you need to know about transmission repairs. We will start by taking a closer look at how a transmission works.

Then, we will examine what causes them to fail and how to tell if yours is having issues.

Lastly, we will dive headfirst into each of the repair/replacement options available and what they typically cost.

What Does A Transmission Do?

While an engine creates power, a transmission controls how much of it actually reaches the wheels at any given speed.

Using the gears of a bike as an example. When you shift from one to the other, the chain is temporarily lifted off, then put back in place.

This is similar to how a manual transmission works. Pressing the clutch disconnects the engine from the transmission, allowing you to shift into a different gear. When you let off the clutch, it re-engages the two.

As for an automatic transmission, it is basically an automatic gear shifter that does the work for you. It uses what’s called a torque converter to determine when to shift so that when you speed up, it moves to a higher gear, and when you slow, it returns to a lower one.

If you start experiencing issues with your transmission, then it’s likely time to get it checked out. If you ignore it, it may eventually fail, meaning your car won’t be able to function.

Now that you understand the basics behind how a transmission works. Let’s look at what causes one to fail.

What Causes A Transmission To Fail?

Just like an engine, a transmission requires fluid to function, which, in this case, is called transmission fluid. It not only acts as a lubricant but as a hydraulic fluid as well. This keeps it within a safe operating temp, facilitates gear shifts, and lubricates the moving parts.

As you might have guessed, if you’re low on transmission fluid, it will get hot, it won’t be able to shift smoothly, and the internal parts will eventually seize.

Thankfully, most transmission fluid lasts for between 30,000-60,000 miles, meaning if you’re an average driver, you only need to replace it every 2-5 years.

This one is similar to the last one, in that it means your transmission doesn’t receive the essential fluid it needs. However, if your transmission is leaking fluid, you can’t simply add more. You need to fix the issue.

Thankfully, transmission fluid is red, so if you notice a puddle of red liquid under your car, it’s pretty apparent what it’s from. We’ll cover how to repair a leaking transmission, as well as how much it costs a little further in this article.

If you didn’t know, your transmission has a filter that screens out harmful debris like dirt, dust, and metallic flakes before they continue on to wreak havoc. However, once the filter screens out enough debris, it can become clogged, rendering it useless.

Not only that, but it can also block the flow of fluid, meaning the same issue as the first two causes.

Now that you know what causes a transmission to run into issues. Let’s look at a few of the most common symptoms that suggest yours is.

Symptoms Of A Faulty Transmission

It’s never a good sign if you start noticing a burning smell coming from your car. As we mentioned earlier, a lack of fluid can cause your transmission to overheat. When there’s a small amount left, it can burn, giving off a unique, sweet-smelling burning odor.

Again, catching a failing transmission in the early stages is crucial to preventing further damage and, therefore, a higher shop bill.

This one is pretty easy to notice. It means your transmission shifts gears when it shouldn’t. This can not only cause further damage but make your car dangerous to drive as well.

A lot goes into making sure an automatic transmission shifts smoothly, but if yours is slipping gears, all of that goes straight out the window. This means you will experience a rough jerking sensation as the RPMs climb without warning.

While you might just consider this a nuisance, if you’re driving on slick roads, it can actually cause your car to lose traction. This puts yourself, your passengers, and those around you in danger.

Earlier, we mentioned how bad it is for a transmission to be without fluid. One of the reasons for this is that transmission fluid acts as a lubricant, creating a thin layer between the metal.

Without it, metal meets metal, producing a “clunking” or “whining” sound when the gears lock into place.

The longer these sounds continue, the more of a beating your transmission will endure, eventually leading to its failure.

If your transmission hesitates or jerks while changing gears, it’s likely low on fluid. Transmission fluid facilitates gear shifts, and without it, yours may have issues doing so.

As with the previous symptoms, taking your car in for an inspection at the first signs of a problem will help prevent the issue from worsening. Less damage equals a smaller repair bill.

Now that you better understand the symptoms to watch out for. Let’s look at how much you can expect to spend on transmission repair costs.

How Much Does Transmission Repair/Replacement Cost?

This service consists of depleting the system of all of the old transmission fluid and replacing it with new fluid. Depending on where you take your vehicle, the cost can range from $80-$250. Thankfully, it’s also something you can do at home to cut these costs in half.

Related:What Does It Cost To Change Transmission Fluid?

A shift solenoid is basically a valve that controls how much fluid flows through the transmission. Replacing a single solenoid can range anywhere from $150-$400 (including both parts and labor). Most transmissions have two or more solenoids, meaning the costs can rack up fairly quickly.

Transmission leaks typically occur from a worn seal, costing as much as $200 to replace. However, if the leak stems from the front seal, this amount will increase significantly.

Thankfully, most transmission fluids carry seal swell agents, which keep them from drying out and shrinking. You can also add specific additives meant to maintain transmission seals.

A transmission rebuild consists of replacing any worn/broken parts and salvaging what you can. The issue is that this takes a lot of time. Because of this, the costs are close to how much it is to simply replace the transmission.

And then, there’s transmission replacement, which is the only thing worse than finding out your engine is shot. Why? Because when all is said and done, the costs of replacing your transmission with a new one ranges between $4,000-$8,000.

Thankfully, you can reduce these costs by replacing it with a used or rebuilt transmission, which ranges between $2,500-$4,000.

Instead Of Repairing/Replacing – Maintain The Transmission You Already Have

Instead of staring in wonder at a sizable repair bill, avoid it altogether by maintaining your transmission throughout its lifetime. 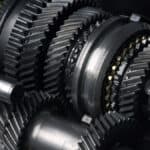